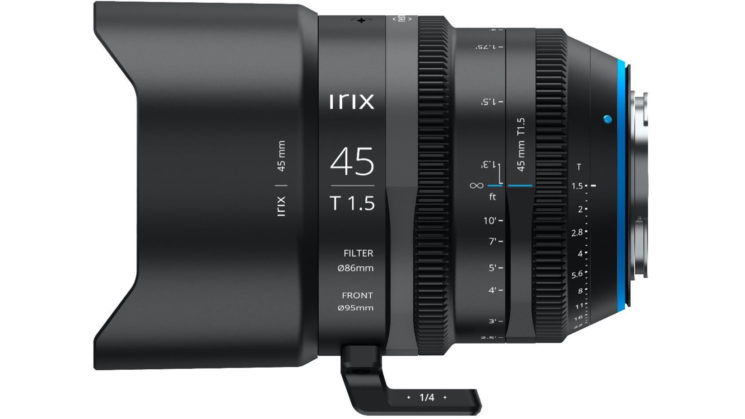 I want to take you back in time. To a brighter, happier time. It’s September 2016, the largest swinging bell in the world sits silently in Cologne Cathedral as Photokina is as noisy as ever in the Koelnmesse just down the road. Irix is showing off a prototype for a new 45mm f/1.4 lens. It was a very sexy looking lens, although here we are, three years later, still no closer to an actual announcement for its availability.

What Irix has done, though, is announce the impending launch of the Irix 45mm T1.5 cinema lens. According to their press release, this is the third full-frame cinema lens Irix has made, adding to the 150mm T3.0 1:1 Macro (the only one they currently list on their website) and the upcoming 11mm T4.3. 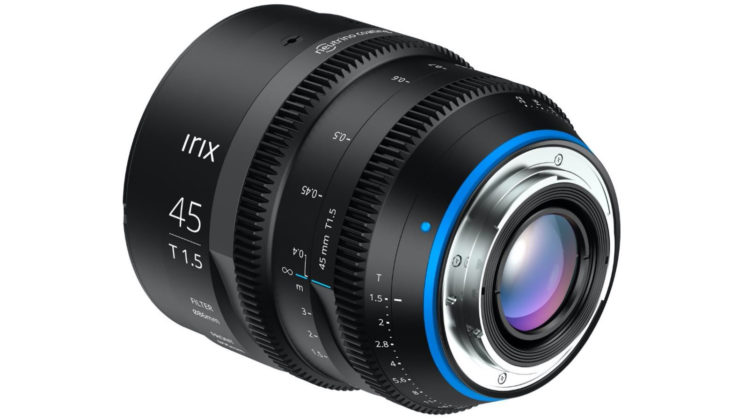 As with the two previously announced Irix cinema lenses, the 45mm T1.5 is designed for use with high-resolution 8K cinema cameras. They say that it is based on a completely new optical design which contains 11 elements in 9 groups. Four of them are made from high refraction glass, one is an extra-low dispersion element and one is aspherical. They say that this offers sharp details vibrant colours and a mere 0.5% distortion with virtually no focus breathing.

The lens uses the standard 0.8 pitch mod cine gears, which should make it compatible with your existing follow focus units, gimbal focus motors, etc. The magnesium-aluminium alloy construction is also weather-sealed, but don’t go into specifics beyond being “prepared for all weather conditions”. It also features a standard 95mm front diameter for cine accessories while offering an 86mm filter thread. It also features a “support foot” for mounting directly to a tripod.

Irix has told me on several occasions since Photokina that the 45mm f/1.4 was not ready due to at least one complete redesign from the prototype we saw at Photokina. With the release of this new lens, though, it looks like they might have finally settled on one. So, perhaps we’ll see a 45mm f/1.4 for stills coming soon, too.

Pricing and availability are yet to be announced. Hopefully, it won’t be another three years before we hear more about this lens. Whenever the pricing is announced, though, looking at the cost of the Irix 150mm f/2.8 vs the 150mm T3, I think when the 45mm T1.5 price is announced, we can expect a 45mm f/1.4 to be around half that, if it ever gets released.

Irix expands their cinema lens range with the 45mm T1.5 and more on the way

« Scientists develop an algorithm that recovers detail in your blurry photos
The final version of Blackmagic’s free DaVinci Resolve 16.1 is now available to download »