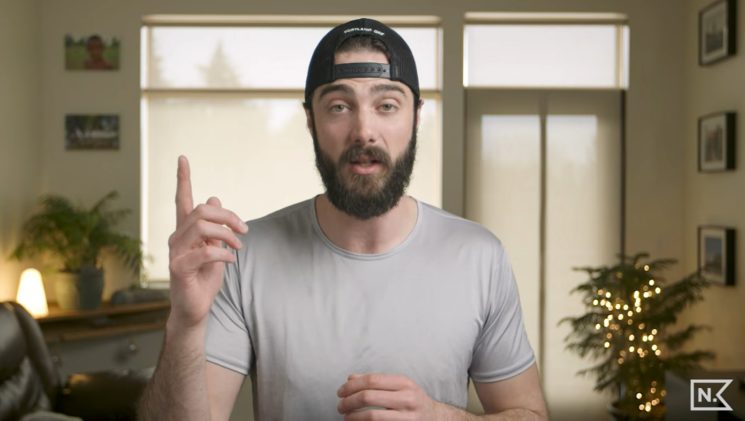 The idea of being your own boss and freeing yourself from the 9 to 5 grind sounds fantastic. After all, if photography is your passion, why not pursue it full-time? However, seasoned freelancers can tell you it can also be a tough gig, especially if you’re just starting. Not unless you’re lucky to work for a company, you’re more likely to get into the business as a freelance photographer. So pay attention to the tips below because you’re surely going to need them.

Freelancing isn’t as simple as it seems. Sometimes, it even involves a lot more work than a regular job. So if you want to avoid the pitfalls that you might face as you begin your career, watch this video by Youtuber NicksFort right away.

Apart from offering conventional advice (such as saving and keeping your cost of living down), he also shares some tips that you wouldn’t otherwise know about when you’re still starting.

The first advice is obvious: Don’t quit your job just yet. It only makes sense not to go all in while you’re still developing your portfolio and building your clientele. After all, it’s difficult to attract customers if you have nothing to show them.

While maintaining a motivational tone, he also shares some of the more serious topics you need to consider: Finances, insurance, and taxes. They’re not the most exciting of subjects, but they have to be discussed, nonetheless.

For finances, NicksFort mentions that it’s helpful to set up a new banking account. Having a different credit card and a checkings account will help you separate your personal spending from business expenses. Using Quickbooks or other accounting apps can also help you organize your finances better. Managing your money better will not only help you save but also worry less about your taxes.

Furthermore, he advises you to get insurance as well. Freelancing can be quite unpredictable, so you should protect yourself from the variables regarding your business early on. Having general liability insurance safeguards you from claims that include bodily injury and property damage. Additionally, as a photographer, it would also be advisable to insure your equipment as well. It’s always comforting to know you’re covered if they get stolen or damaged.

Apart from the insurance, you should also create a contract to protect you from liabilities. Look for a template online and tweak the content until it reflects what you want to get out of it. The document has to include everything you’ll need for the project including reservations, shooting time, expenses incurred, permits, and even model releases.

NicksFort’s last tip is probably one of the most important, especially since most beginner freelancers either don’t know about it or ignore altogether. Since you’re technically an independent contractor, it’s your responsibility to pay your own taxes. That means that you need to allocate a certain percentage (amount depends on your particular country’s tax rate) every paycheck. Save that money because come tax day, you’ll need it. If you don’t have anything saved, you’ll end up owing the government, and that’s something you don’t want to happen.

As a freelancer, you don’t want to learn things the hard way, so learn as much as you can early on. Freelancing can be fun, but if your goals are misguided, you might just end up disappointed. Like anything else in this world, know what you’re getting into before you dive straight in.

[Watch This BEFORE YOU START FREELANCING | NicksFort ]

Read this before you ask event photographers for photos