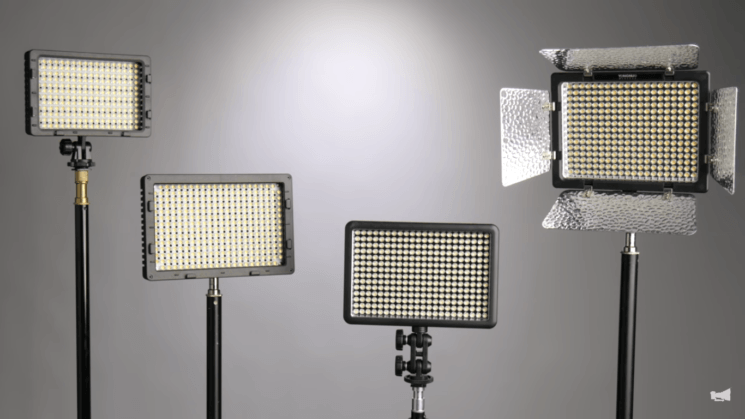 Are you planning to buy LED light? Caleb Pike from DSLR Video Shooter shared some tips before you make the final decision. No matter if you’re buying LED light for the first time or you already own some of them, you may find these tips useful and choose the best model for your needs. And even though he aims at video shooters, most of these tips are also applicable to photographers.

You will most likely start with your budget before any purchase, and the same goes for buying LED lights. They are now more available and more affordable, but they still vary in prices and quality. It’s up to you whether you will buy one large/expensive LED light, or several smaller or cheap ones.

The first point brings you to the second one – how you will use the LED lights. If you’re starting from scratch and have none of these, you’ll probably benefit more from a few smaller lights than one or two large ones.

The design of these lights also differs, so you should also pay attention to it when determining which one(s) to buy for the use you intend them for.

This is usually measured in lux or LM. Pay attention to these numbers, and have in mind they are measured at a certain distance. Don’t get fooled by the number of LEDs. Some lights have a huge number of LEDs, but they are very poor quality and weak, so they are quite dim.

The CRI value shows how accurately the light reproduces color. Essentially, the higher CRI, the better. For instance, the Sun has CRI of 100, so it can serve as a reference. 95 to 98 is as good as you’re going to get with LED lights, and you shouldn’t go below 85 even when you’re on a tight budget. 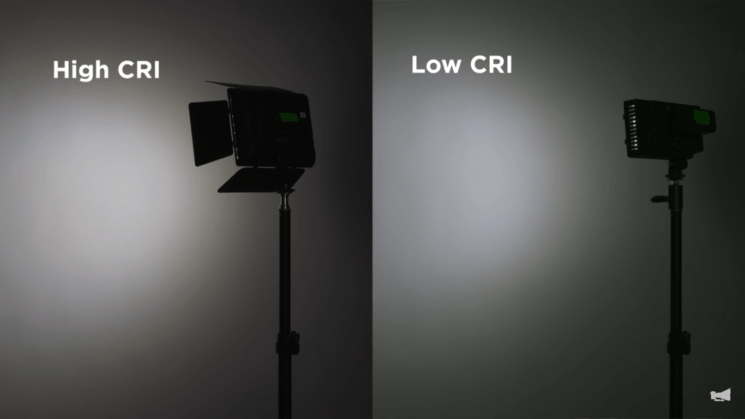 There are three options of color temperature with LED lights: daylight, tungsten and bicolor. Bicolor allows you to produce both, as it has half “daylight” bulbs, and half are “tungsten”. You can combine them or use them separately in a single LED light. However, if you use only one of the options, you will only be using half of the LEDs which means losing half of the light. So, it’s probably better to buy a daylight LED light, and if you need to make it warmer, you can use video gels.

Many LED lights have battery solutions, and Sony NPF are the most common on inexpensive models. Larger lights have a v-lock or use multiple NPF batteries. You should look for a DC jack in addition to the battery housing, as it gives you a chance to power the light with a cable.

Beam angle determines how soft or harsh the light is out of the box. The spot type LED gives a narrower beam, resembling a spotlight more than giving you a nice, soft flood light. Of course, your choice again depends on the purpose of the lights. But Caleb’s suggestion is to go with the spot type, as you can always use a diffuser. With flood lights, you lose a lot of the light. But, they are good if you need to light up a large room, or you just need one light to place next to the subject and create nice, soft light. 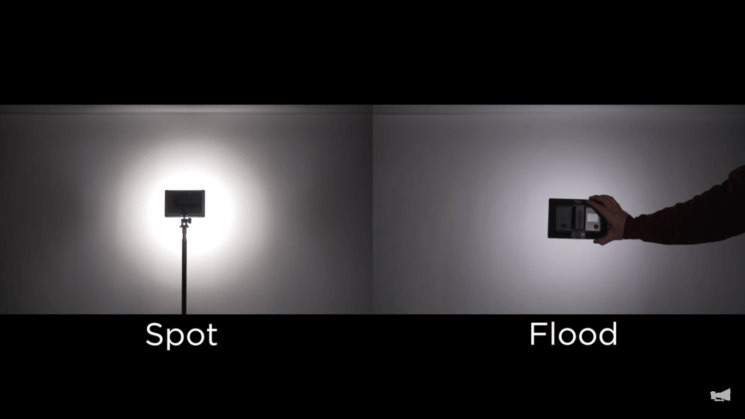 Large single LED chip or many small ones

A plus side of an LED light that consists of lots of small bulbs is that it’s more affordable. However, if you try to cut this light with barn doors or a flag, each one of these lights has a shadow of its own. Large chip consists of a bunch of tiny LED diodes. It’s very bright, and it doesn’t have the shadow problem as the light made of small bulbs. Also, you can use them with tons of accessories to modify the light. 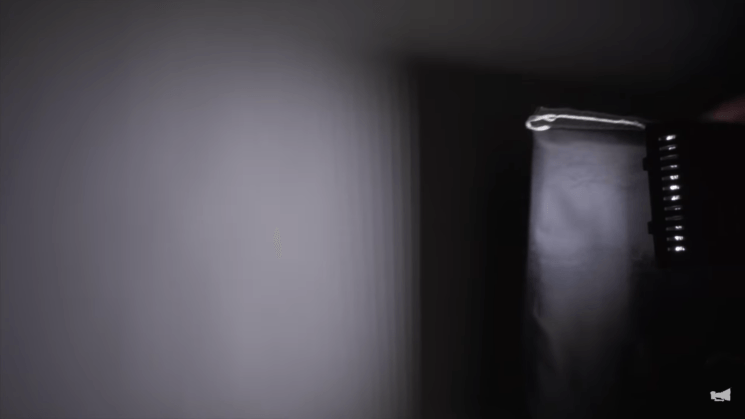 This one’s a bit tricky, as you can’t figure it out only from reading the specs. It’s the color that appears on the outer ring of the light beam where the light spills. Cheap LEDs or those with lower CRI value usually have this problem. And you can usually avoid it if you go for high CRI lights. 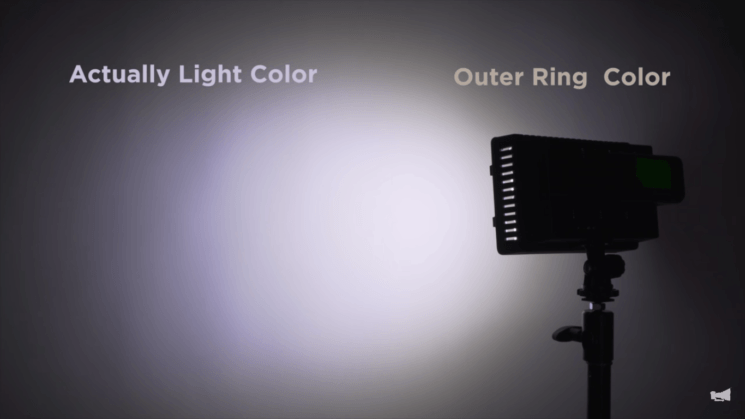 Last but not least are the accessories and additional features of the LED light. Battery level indicator, LCD screen, bicolor channel selection, a dimmer, barn doors, mount or ball head… You should also pay attention of your light has any (or all) of these when buying an LED light.

What are your suggestions and tips when buying LED lights? Is there something you would add or something you disagre with? Share your thoughts in the comments.

[10 Things to Consider When Buying Video LED Lights via LensVid]