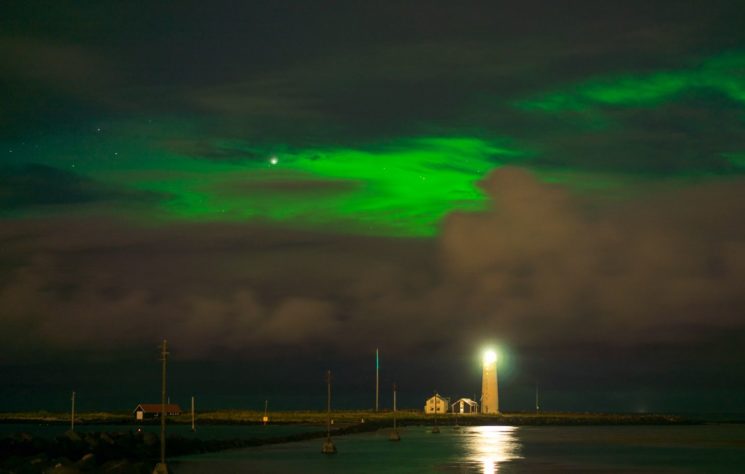 The other day I was lucky enough to catch some Northern Lights over my hometown Stockholm. It is quite rare to see them here, especially on a full moon night, and with all the light pollution from the city. The experience of seeing and photographing Aurora Borealis inspired me to compile a video and this article with my 10 best quick tips to catch the northern lights with a camera.

It is no surprise that you need to be quite far up north on the globe to get to see the northern lights. They are at occasions visible as far south as northern Germany, but that is a rare occurrence. North of the pole circle gives you a better chance. Use one of the many aurora apps for smartphones to get alerts and information on when to go out. It needs to be pretty dark outside, so this is an activity for winter nights.

In the images below, the KP number goes from 3 to 9, where 3 means a weak Aurora Borealis, and a 9 means a very strong one. The lines indicate the lower edges where the northern lights are visible. That means that if you live along the red line, it will require a particularly strong solar wind for you to be able to see it, whereas people living along the blue line will see even weak occurrences of northern lights.

It is very easy to overlook the importance of dressing warmly when you go out to see the northern lights. The other day when I was out photographing in Stockholm it was -1 degrees Celsius, but it felt like -10 after standing still for two hours. You will sometimes have to wait for hours until the northern lights come out, and your toes and hands often start suffering from the cold first. Use warm snow boots, have both thin and thick gloves with you (thin ones for operating the camera). And dress in many layers in general. 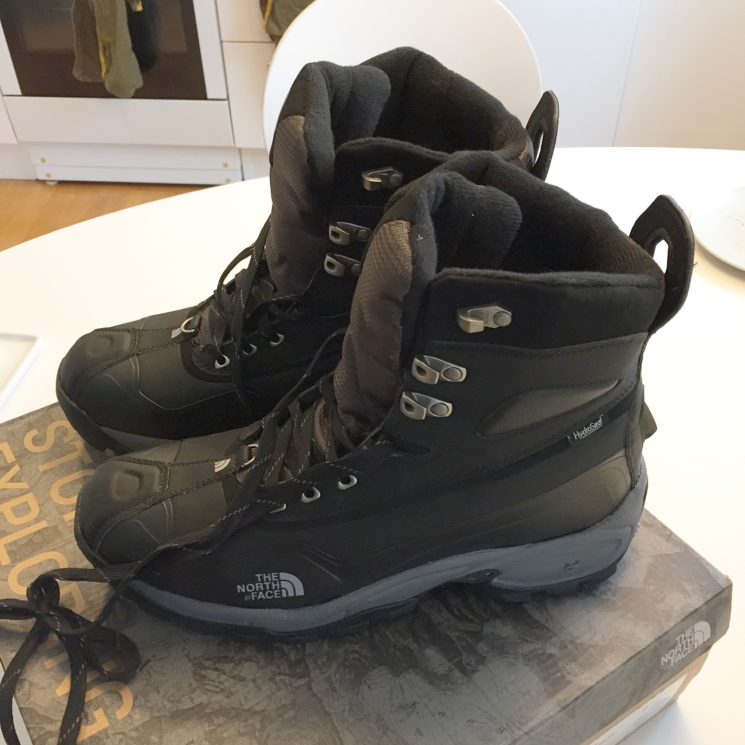 There are only two things that are truly essential to bring, besides a camera: A wide angle lens (35mm or less) and a tripod. No matter how good your camera is, you will need to have exposure times longer than what you can shoot handheld. A wide-angle lens is crucial, as you want to catch a lot of the sky. 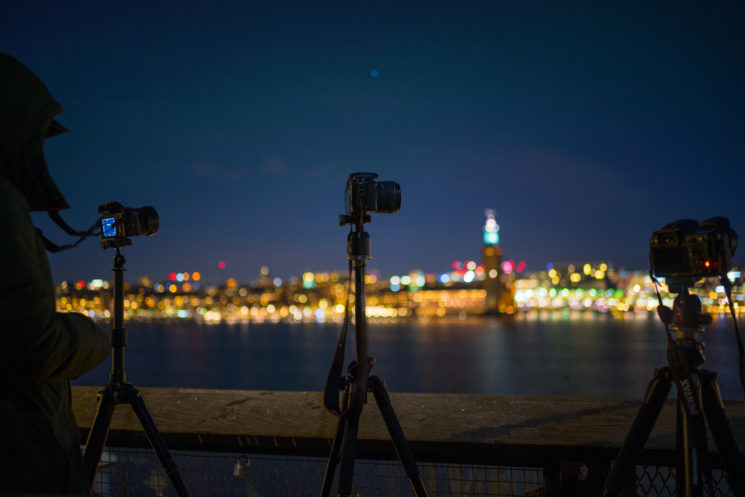 When shooting in the dark, your camera will often guess the white balance wrong. To be on the safe side, just set the white balance manually to daylight (5500 K), and adjust it even lower if you see the need to. This is important, so that you can discover whether you are catching the northern lights or not, already on the scene, and not later when adjusting the white balance at home in Lightroom.

Use the highest ISO that still doesn’t produce too much grain. It is different for every camera, but a good starting point is ISO 800 if you have a modern camera. One some sensors, for example, the one in the Sony A7 cameras, the ISO doesn’t matter for the dynamic range – with those cameras you can just set it to 100 and then increase the exposure later in Lightroom, the result will be just as good. But it is nice to see the photo in its true brightness already in the camera.

Set the aperture to the widest possible that is still sharp. If you know your lens is sharp already at f1.4 or f2.0, set the aperture there. Preferably use a prime lens with a wide maximum aperture. The reason for the high ISO and the large aperture is that we want the fastest possible shutter speed.

Try to use the fastest possible shutter speed. Preferably a second or less. The reason for this is that the northern lights move very fast, and you get the aesthetically most pleasing results when you can discern shapes, contours, and edges of the northern lights. 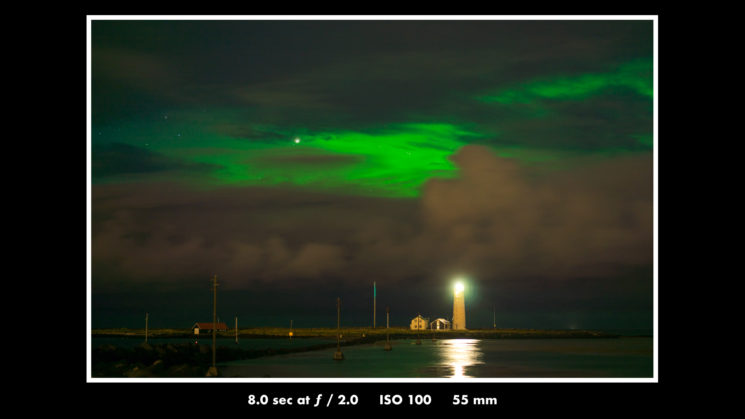 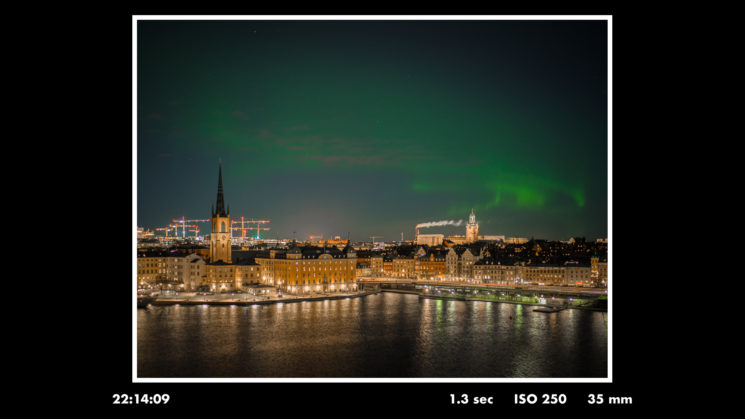 To get a stable shot on your tripod, you could use a remote. But I find it more convenient to just set the self-timer for 2 seconds. That way any shakes due to you pressing the shutter button will subside before the exposure begins.

Just look north. Believe it or not, that is where the northern lights will appear ;) Often they begin as a faint, green disk on the northern hemisphere, and if you are lucky that disk will soon intensify and break into moving patterns.

Now might be a good time to set your focus. I recommend using manual focus, and I recommend that you set it to infinity, as you want anything on the sky to appear crisp and sharp. Turn the focusing ring as far left as possible, and you will have infinity focus. 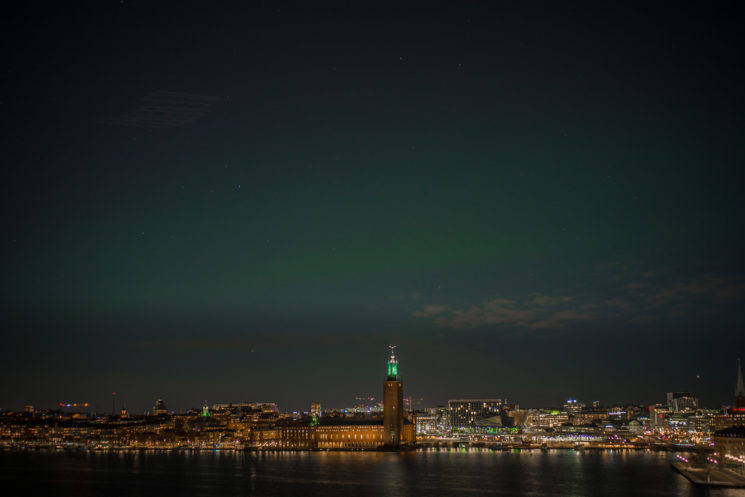 Something that almost always looks very cool, is to create a timelapse depicting the beautiful swirls and movements of the northern lights. My friend Rostam Zandi created a beautiful one a few days ago when we were out photographing, and watching it makes me very inspired to try creating a timelapse myself next time!

Micael Widell is a photography enthusiast based in Stockholm, Sweden. He loves photography and runs a YouTube channel with tutorials, lens reviews, and photography inspiration. You can also find him as @mwroll on Instagram and 500px. This article was also published here and shared with permission.

Quick tips for photographing in harsh sunlight without flash or reflectors
« DIYP Reviews the Manfrotto Element Carbon – Small but mighty
Artist steals a whole set of photos for his $15,500 commissioned installation »