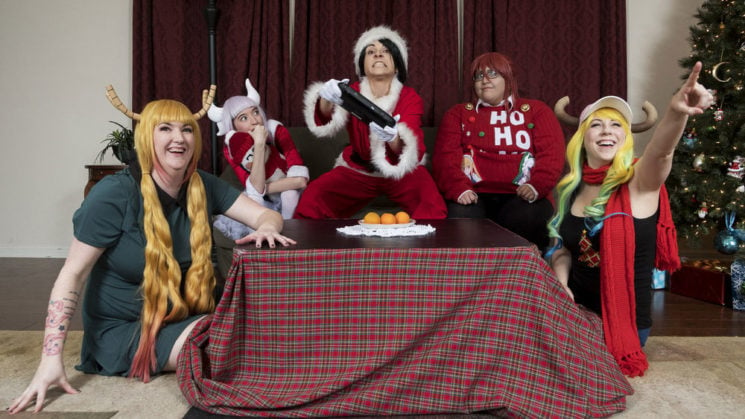 OK… so the title is only mostly true. I rarely con shoot. But the reasons for that still come from the same place.

One thing I’ve discovered in all my years of paying attention to cosplay photography is that how much of it is very similar in nature. A lot of it tends to happen at various conventions, or at least in the US anyway. Quite a while back I started noticing this… and I knew I didn’t want my work to be the same way.

But I realized I needed to sit down and deconstruct how I got to this mode of thought. Part of that was to fully understand why I had come to dislike con shooting. And to also understand how maybe things could be done differently to advance the cosplay photography scene.

Don’t Get In The Way Of The Fans

This particular piece comes from my years of concert shooting. Coming up in the VGM/nerdcore/chiptune scenes meant hanging out in a lot of small venues. Which means no photo pit of any sort. So the fans of whoever was playing were right up there at the stage. And they were far more important than I. With that, I would make sure I was not harshing on their enjoyment of the show. If there was a spot that I saw could have a good angle and someone was there I’d go up and ask “Hey, can I shoot from here for like 60 seconds?” And if they were cool with it I’d shoot and once I was done I’d give them a high five/fist bump/beer tap and then GTFO.

Well thought out photography, quite frankly, takes up a lot of space, especially when it comes to lighting, lens choices, etc. I’ve staffed and attended a lot of cons and there have been many situations where I’ve seen that space is at a premium. So to try to do that in those cases is quite frankly not a good choice to make. You do not own that space… the con and the fans do. Learn to respect that.

The Time Crunch Helps No One 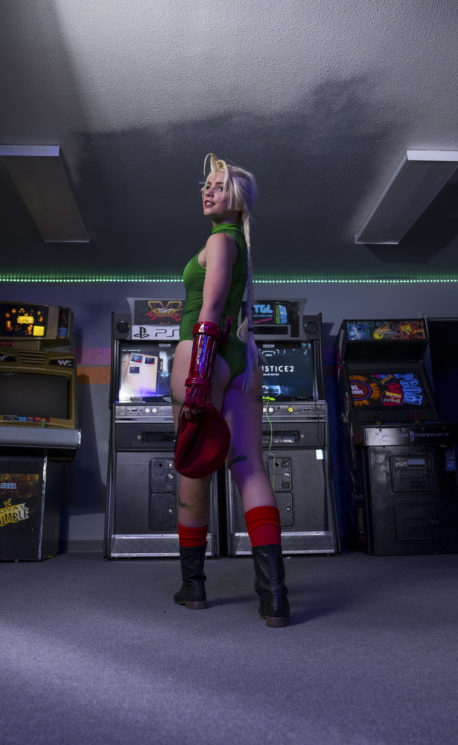 I noticed that a lot of con shooters will advertise 45-60 minute slots for shooting (some even as low as 30 minutes). I have to question if this is a good idea. For one unless you’re super efficient and have scouted out a number of spots beforehand you’re bound to run into issues like other people already being there, gear set up, etc.

The more important piece here is that the short time frame doesn’t allow for idea germination. You can still get some good shots within that limitation. But can you truly say you’re getting some of your best shots? When you and the cosplayer have the space to think through what could be done to get good photos that is where everyone involved will shine.

You’re Shooting Where Everyone Else Has

I have an amazing example of this.

As many years as I have staffed MAGFest I am very familiar with the Gaylord. It’s a wonderful space to have a convention and they have many pieces to define it as their own like the little village down on the lower floor and The Gazebo. The Gazebo is pretty iconic for photos taken during MAGFest and Katsucon.

If I see that gazebo in a cosplay shoot one more fucking time I’ma riot in the streets. 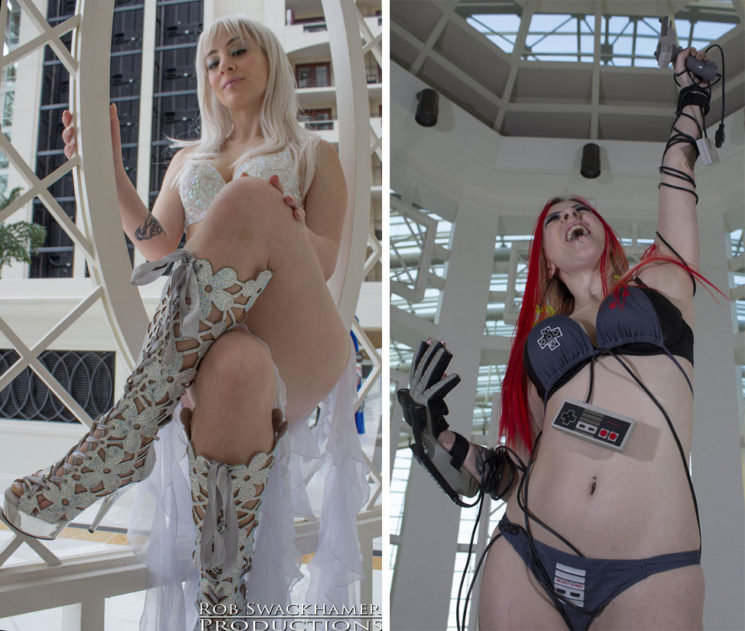 And this is coming from someone who has shot in that gazebo… TWICE.

When you take a photo and someone can pinpoint exactly where you were then you’re not doing enough to make the person in front of the camera the center of attention. Even if a lot of people have shot there think of ways to make it your own and how it can bring out the people behind and in front of the camera rather than the location.

Your Workflow Is Getting In The Way

A common thing I’ve heard of with con shooting is how some cosplayers won’t receive their pictures for a month or more after doing a shoot. If it takes you this long to get material out to someone then there are many things you should re-evaluate especially in the age of social media. If your workload has you taking that much time to get through a set then either look at how to make your workflow faster or consider doing less work.

You Don’t Put Enough Value In Yourself

With con shooting the typical price points you see for a session in the central Texas area is $50-60. While I understand that cosplayers at a con don’t tend to have a ton of money you have to ask yourself if you are being compensated appropriately for the work you are putting in.

A while back I saw a post from a local photographer regarding how much work they put into a con photo session. With the number of hours they said they would put into something compared to how much they charged it put them under minimum wage.

I really wanted to say “Whoa, whoa, whoa, don’t do that.”

Going back to the point regarding workflow: if you have so much work that you constantly have 30+ day turnaround times that is usually a good indicator you should start raising your prices. And that is true even outside of con shooting. If people really do appreciate your work they will stick around even when less expensive options are available.

A photographer’s time is valuable. So this ‘race to the bottom’ with con shooting bothers me quite a bit. You have value as a human and as an artist. Make sure both are taken care of.

Are You Building A Relationship?

One bit I’ve really had to wonder about is if the transactional nature of con shooting. It’s not very often where I’d see those who would con shoot work with the same people outside of the con. On top of that, I often see material where the subject is not local. 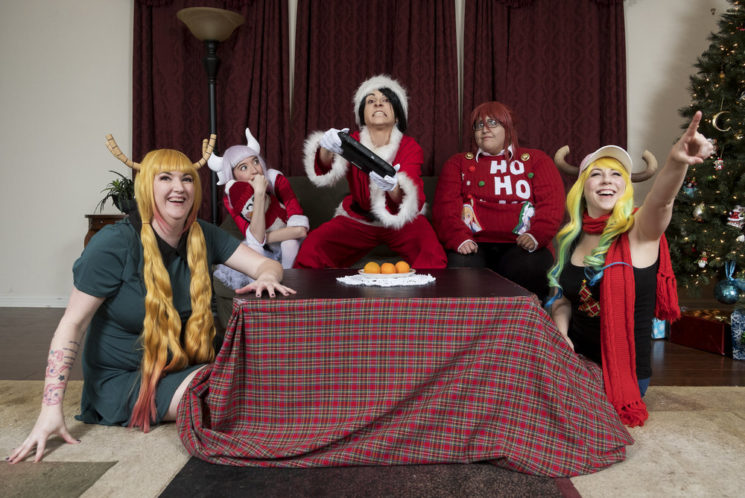 There’s a tad bit of disservice to those in you local scene when this happens. You’re missing some possibly amazing talent that’s close to you. When you spend more time and energy with them that’s where the amazing ideas come about and you can do stuff that will blow minds.

Everyone Needs To Invest 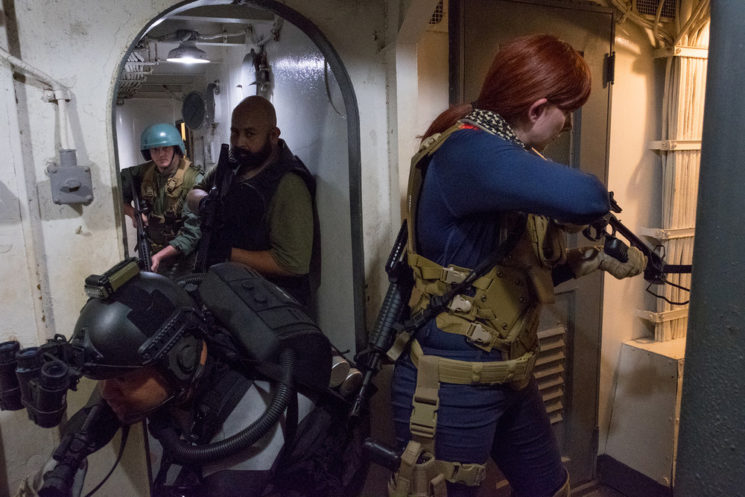 Now this point is for the cosplayers.

I get that it took a lot to make the costume, attend the con, etc.

Make sure the pictures taken of you reflect that passion.

If you have a photographer who wants to bring the cosplay out of the con setting then I highly recommend doing what you can to follow through with that. It can take more monetary and time investment compared to shooting at a convention. But when you have the right people, the time, and the mental bandwidth to go for it then it will be totally worth it.

Exceptions To The Rule and the Other Paths

As I mentioned in the opening statements I rarely con shoot. And that’s because I put more energy into bringing the person and the character out of whatever I shoot which works much better outside of a convention setting. There have been moments where I have been able to pull some great shots at a con. But those were very special cases where I had control over a number of factors that I would not have otherwise.

There’s been one thing we’ve talked about within MTA is how there’s such a stark difference with cosplay photography in the US versus the rest of the world. Elsewhere it seems to be more location and studio shoots. And both of those tend to be really well planned out and turn out some amazing photos. 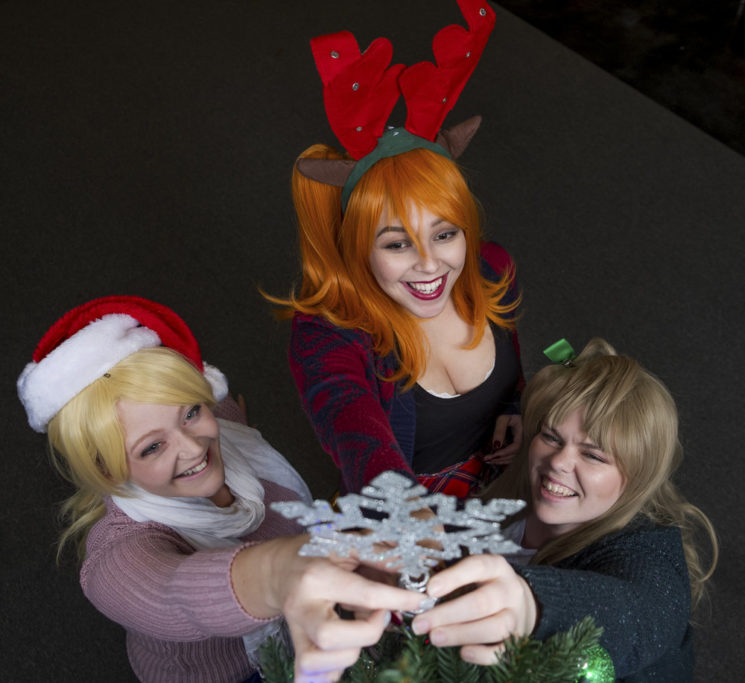 It’s those ideas that excite us and drive what we do.

Not that con shooting at its core is a bad idea. There’s just a lot more that can be done when you take the cosplay out of the con.

And we really want to see what people can do once they remove the limiting factors.

Rob Swackhamer is a creative nerd who likes to make really awesome art. Rob is also a pinball nerd and cat dad with over seven years workign in the video & photography industries. You can find out more about Rob at Make Them Awesome. This article was also published here and shared with permission.