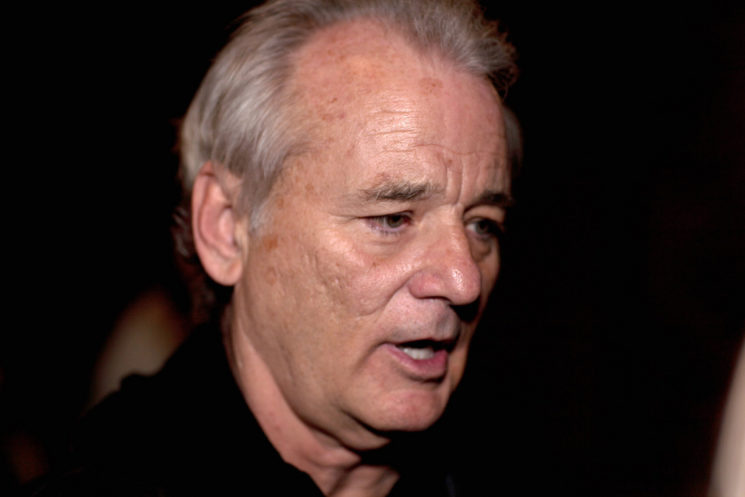 Disagreements between celebrities and photographers aren’t all that uncommon. On Wednesday night, famous actor and comedian Bill Murray got into a dispute with photographer Peter Simon at a Martha’s Vineyard restaurant Lola’s. According to the police report, Murray accosted Simon and he looked furious. And there were some “Do you know who I am?” that emerged during the conflict.

As Boston Globe reports, Simon was on an assignment for The Martha’s Vineyard Times when Murray assaulted him. The photographer claims that Murray grabbed him from behind, turned him and slammed him against the door. He thought that it was a bouncer who reportedly said that “he should throw Simon out of the restaurant and cause him bodily harm.” According to Simon, Murray looked as if he was ready to strangle him.

In an attempt to prove that he is a well-known and respected photographer, Simon asked Murray “Do you know who I am?” But he says that he got the same question in return. Personally, I’d expect something like that. I mean, it’s Bill Murray. However, Simon claims that he didn’t recognize him during the incident because “he doesn’t look anything like he used to look.” It was only when they separated and he saw him dancing that Simon figured out it was Bill Murray he argued with.

According to Simon, the dispute didn’t end there. After the first incident, the photographer went on shooting. While he was seated at the table later during the evening, he claims that the actor poured a glass of water on him and his camera. “He treated me like the scum of the earth,” Simon told Boston Globe.

The police report has a somewhat different story than Peter Simon. Murray told the police that Simon was taking photos of him and was harassing him while he was “quietly minding his business.” According to the report, the actor was “visibly upset.” The owner of the restaurant, Katherine Domitrovich, confirms this in a way. She told the police that Simon “no business photographing anyone in the restaurant and was generally annoying.” Of course, Simon denies this claim, saying that he was covering the gig of The Marotta Brothers Band because they had invited him.

As Boston Globe reports, Simon demands an apology from Murray and Domitrovich, considering that he is “not a paparazzi-type photographer.” But instead, he got a warning that he’ll be charged for trespassing if he comes back to Lola’s, according to the police report.

The police report further reads that a police officer advised Simon that he could press charges for assault and battery at the Edgartown District Court. Reportedly, Simon said that a disorderly conduct charge would be more appropriate. For now, the photographer hasn’t pressed charges, but he says that he hadn’t ruled it out either.

« The latest Nikon mirrorless teaser shows first impressions of beta testers: good ergonomics, size and image quality
Why this photographer switched back to Nikon DSLR after half a year with Sony mirrorless »