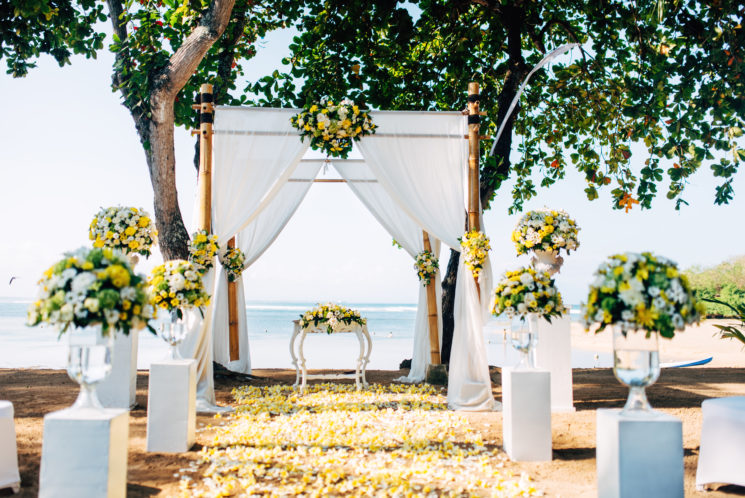 The coronavirus outbreak has affected our industry in a number of ways. One of them is pretty weird and probably frustrating for many new couples and their photographers. As you might know, the number of people who can be in closed spaces has been limited in the majority of countries. In Australia, it’s currently five, which also severely limits the number of guests at weddings. In other words – if you want the photographer to attend, he or she will have to act as one of the witnesses.

The new legislation came into force on Wednesday. It states that photographers shall not be allowed at a wedding unless they are one of two witnesses chosen by the couple. Speaking to Daily Mail, Sydney-based wedding photographer James Day described the effect of the current situation on small businesses as “absolutely seismic.” With the number of guests limited, many couples have changed their wedding plans.

“I assure you, weddings (as we’ve known them) have no place in Australia in the upcoming months,” James told Daily Mail. “Indoors or outdoors. 100+ or less than 100. They’re the perfect storm for the virus being spread.”

“But that doesn’t mean that smaller business won’t run out of options,” James continues.” Bigger operations might survive, but small outlets are doomed.”

Now, some couples have decided to proceed with their weddings despite the current limitations. Of course, the number of guests has been reduced, but they’ve kept the dates. One of James’ brides has even decided to move the wedding date forward in case the borders close between New South Wales and Victoria. This way the couple made sure that James can be one of the two witnesses and take the photos.

I spoke to some of my friends who are photographers who told me that all their gigs have been canceled. In other words, weddings and other large celebrations scheduled for this spring and summer have mainly been postponed. In Serbia, the number of people who can be indoors at the same time has also been limited to five, and honestly, it’s hard to imagine a Serbian wedding without at least 100 people.

Because of all this, there’s no doubt that the following couple of months will be stressful for photographers and their clients alike. There’s not only financial insecurity, but also the huge emotional stress involved in all this. However, for those who are persistent to get married on the scheduled dates, the solution is to have their photographer as their witness. That’s the only way to have professional photos taken and who knows – perhaps some new friendships will be formed out of it.