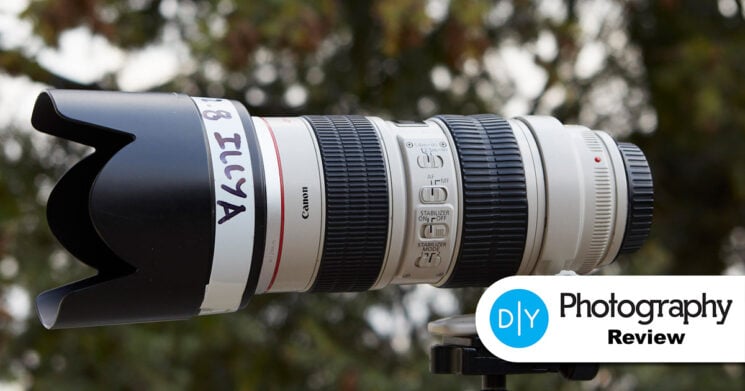 How do old lenses fair against new lenses? The question is often easy to answer: new is better. How about Pro lenses? With most brands releasing mirrorless glass, it’s easy to dismiss the older pro lenses as bad. For me, a fashion and portrait photographer, the old 70-200 is as good as the new one. And not only because I have a sentimental connection to it. Here’s why I’m not upgrading my seemingly antiquated 70-200.

Sometimes photographers get caught up in the gear releases, reviews, and rumors. The popular headlines scream at you saying that what you have now is practically useless compared to the new model. Canon’s RF 70-200 is the best 70-200 ever released! Sony’s new 24mm lens is the best wide-aperture lens ever released! You get the point… I can’t quite argue with the fact that it may be the best version of that particular lens ever released. Don’t get me wrong, Canon is working hard to improve optics and ergonomics in their lenses. But for me, a photographer quite conscious of what I invest in, the lens with the best optics may not be the best lens business-wise. Here’s why:

The optics in this lens may be outdated compared to the new RF glass. But let me say that the lens still delivers as it did 20 years ago — incredibly well. Let’s dive in and see what it packs. 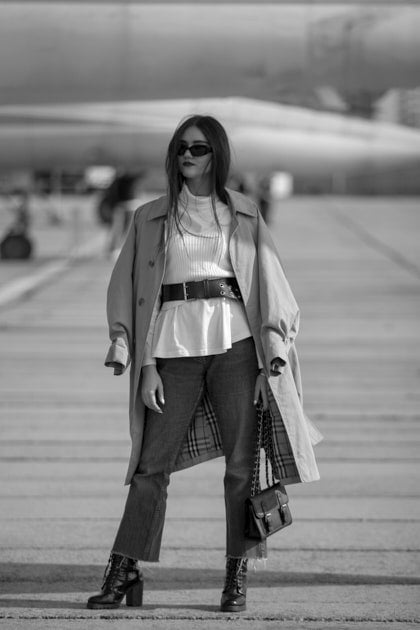 This may be irrelevant when I’m shooting studio work, but whenever I need to do on-location shoots where background separation is critical, the 70-200 comes out.  The bokeh is very smooth, and just what you really expect from a lens like this. I found that it works quite well in event work when a subject has to be singled out from the rest.

The lens has natural fringing and some chromatic aberration. To be honest, I didn’t notice it at all. I have lens corrections for chromatic aberration and fringing permanently turned on in Capture One. If fringing is your main concern in a photo, you’re probably clutching at straws or shooting for an audience of pixel-peepers.

Stopping down to f/8 or f/11 makes things very sharp in any setting. I rarely use it at f/2.8 because at short distances with long zooms the plane of focus is very narrow and the tip of the nose will be the only sharp-looking thing. When I first bought it, I shot everything at f/2.8 because I could. This made me slightly more rubbish as half of the images were not in focus because of f/2.8.

I found that the lens tends to be quite good in that sense. It’s not too different from my other Canon glass, meaning consistency from shot to shot, which I adore.

Focusing is where this lens shines. Having done some sports work, even on a 5D Mark II which has 1 good focusing point, I found that the lens hits it 99% of the time. It’s a popular choice among sports photographers for that reason. It would hit focus 100% of the time if I wasn’t mistreating it. In a controlled studio setting, I found that it focuses very well and doesn’t miss a single shot unless I mess with it. 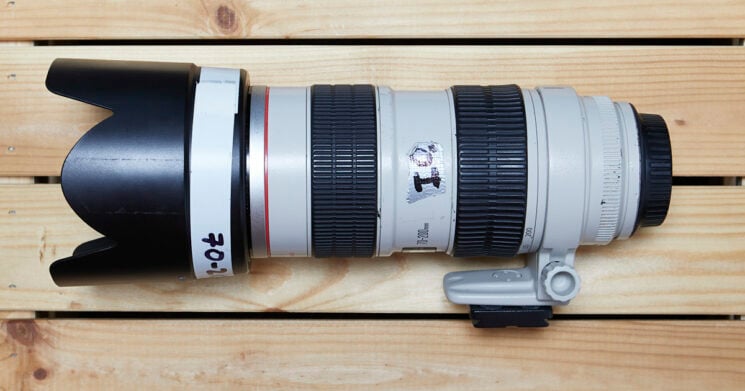 The lens clocks in at 1.4kg, which is around 3lb. This not the Lightest thing to carry around if you’re planning to do so. With a 1D body, Speedlite, and the 70-200 you will look like the most professional photographer. But also like the most tired one. Having been on my legs for days on end shooting events, the lens really shows its weight, despite that it’s not a burden to carry. For the ones interested in fine detail it’s actually 200g (7 oz.) lighter than the more recent EF models. The RF version is lighter and smaller though. Speaking of size, it is a large lens. It’s nearly 20cm (7.6″) in length. The hood adds an extra few inches in length. You will be seen with this lens and you can’t mistake it for anything else. 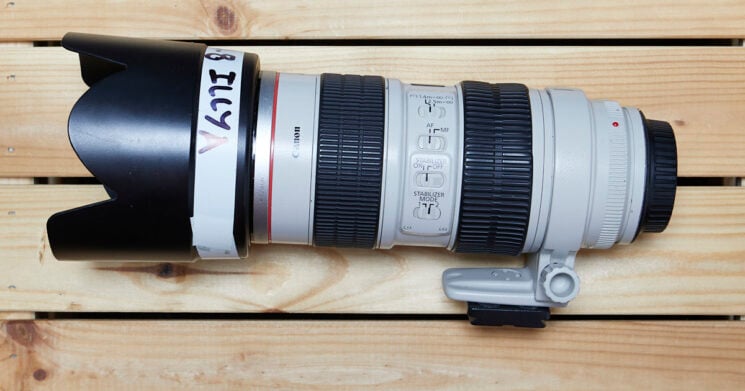 One of the reasons I purchased the IS version instead of the much cheaper non-IS one is because it had weather sealing. For me, weather sealing is an extra reassurance in the quality of a product. I shot with this lens in heavy rain, snow, freezing temperatures, burning heats. It has seen as many airports as I have and been scanned dozens of times. The thing saw professional abuse from me, and probably from the previous owners too (tip: buy used). The person selling it to me did claim that a photographer for national geographic used it, although I doubt that. Nevertheless, it is an incredible tank of a lens. I’d be scared to find out how many photos it has taken but I’d say it’s in the millions now. So far, I’ve never had a problem with it. 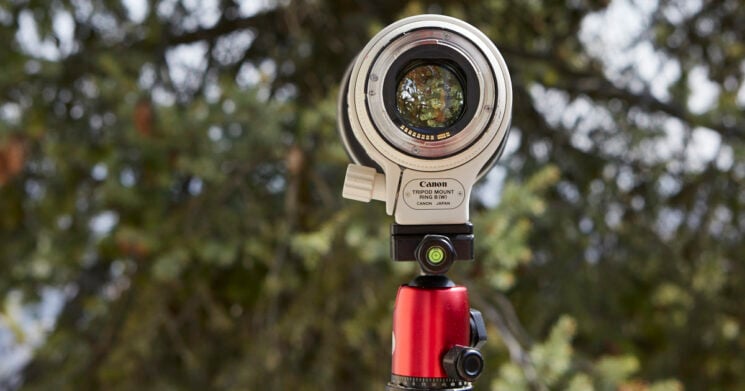 For many photographers, this is a major consideration. When I was buying this lens, I could barely afford it used for around $850. It didn’t come with a lens hood, which added an extra $50 to the cost. Overall, I paid $900 for it, and it has made me that money back a long time ago. If you’re looking for a lens that delivers professional results for a beginner price, this could be the right purchase for you. It has plenty going for it and will be like that for some time. The last time I checked MPB, it retailed for around $800. 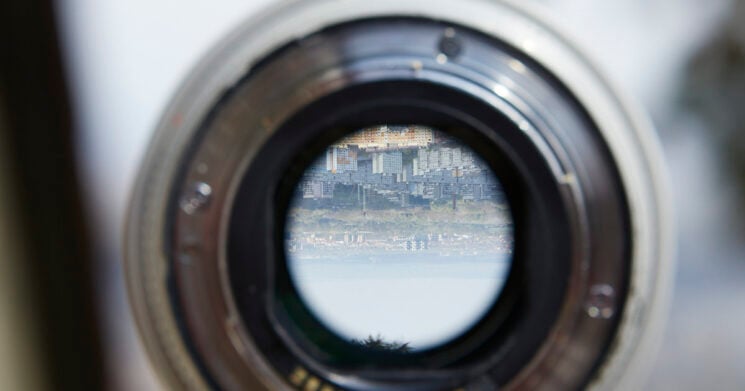 When will I upgrade?

The question is only natural to ask if I’m gospelling the old lenses against the new ones. To that end, I think upgrading should come as a planned investment, not a marketing-driven panic purchase.

As of now, I don’t plan on upgrading any of my EF lenses, despite their respectable age. Instead, once it’s decided to go mirrorless for good, I will certainly be looking towards selling my older lenses and upgrading to new ones. By that point, I think that many of the much-loved RF lenses will be available in abundance on the used market. I don’t think the demand for cheap used EF lenses will disappear anytime soon, just as FD lenses from the 70s are still popular among hipsters, EF glass will probably be popular among the expired film-shooting folk. At the moment, the RF 70-200mm f/2.8 is looking very appealing, and I would love to test it out on a real shoot.