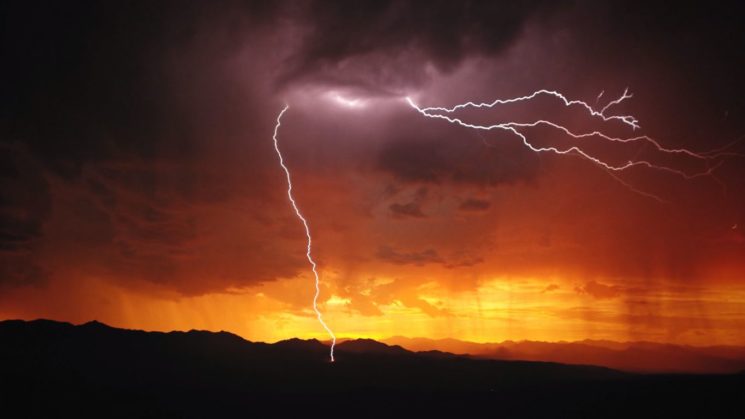 Thunderstorms are awe-inspiring, whether you watch them live, in photos or in videos. But videographer and photographer Dustin Farrell has made a slow-motion video that makes thunderstorm more enchanting than ever.

Dustin chased storms during the summer of 2017 and collected his best shots in a short film titled Transient. It shows lightning in slow motion and turns a sudden flash of light into a hypnotizing electrical drawing in the sky. If you enjoy watching the lightning, you’ll enjoy it even more in slow motion.

As Dustin writes, most of the footage was captured in uncompressed raw at 1000 fps with the Phantom Flex4K camera. As for the lenses, he used mostly Zeiss Otus 28, 55, and 85mm at f/1.4.

It took over 30 days of shooting, over 20K miles of travel and 10TB of data to get all the footage. And it took a lot of stress and unpredictability. Sometimes, a ten-hour chase and 500 miles wouldn’t have given any results. And other times, nature would be more than rewarding. According to Dustin, this was one of the most difficult projects he has ever attempted during his long career.

Most of the lightning was captured in Arizona, and some of it was also filmed in the Great Plains. What he learned during the chase is that lightning is like a snowflake and that every bolt is different. And after watching his video, we can confirm it, too. He also points out that that lightning varies a lot in speed. Because of this, even at 1000fps some bolts lasted too short during the playback, so they didn’t make it into the final video. On the other hand, some bolts last so long, that it looks almost unreal.

I really love thunderstorms, and I’ve watched them like hypnotized ever since I was a kid. So, watching a thunderstorm in slow motion was a special treat for me. Dustin has invested a lot of time, patience, skill and resources into this video. And I can say it paid off, big time.

« 5 small editing tricks that can make a big difference to your video
Photographing the Milky Way handheld with the Sigma 14mm f/1.8 Art lens »