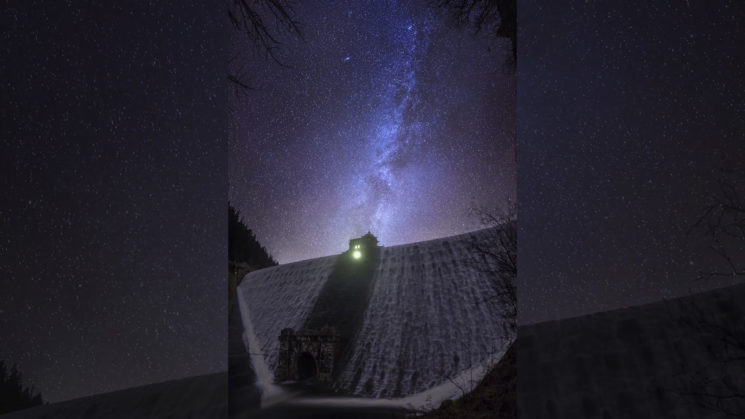 Only a few short years ago, the idea of handheld photographs of the Milky Way would’ve been a thing of fantasy. Now, though, thanks to fast ultrawide glass and the super high ISO performance of today’s cameras, it’s a whole different story. This is proven by photographer Alyn Wallace. He shoots the Sigma 14mm f/1.8 Art lens on his Sony A7SII in this video where he does exactly that.

Alyn is using the Canon EF mount version of the lens along with the Sigma MC-11 adapter. He treks off into the Elan Valley, one of the darkest parts of Wales in order to test out his idea. To shoot the Milky Way handheld – which he admits is a bit of a mad idea. But he wants to try it anyway. And, why not?

First, Alyn figures out how long he should be able to comfortable handhold. With the typical 1/focal length rule, that means about 15mm. But the Sony A7SII has in-body image stabilisation. This means potentially he could go up to about 4 stops slower, or a full second. The trick, though, is still to get a good steady stance and handholding position. Lens & camera stabilisation is not infallible. 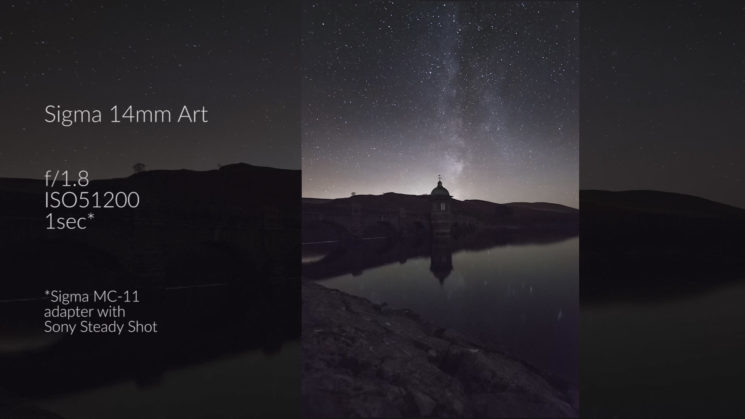 The noise levels at the ISO 25,600-102,400 range he was shooting were quite high. But, with some noise reduction in post, they clean up extremely well, which speaks volumes about the lens’s clarity.

It’s like I stuck a black hole on the front of my camera, and it’s just sucking in all the light and swallowing it up.

Alyn did also shoot some the old fashioned way, from a tripod, too. And the results are pretty amazing, too. 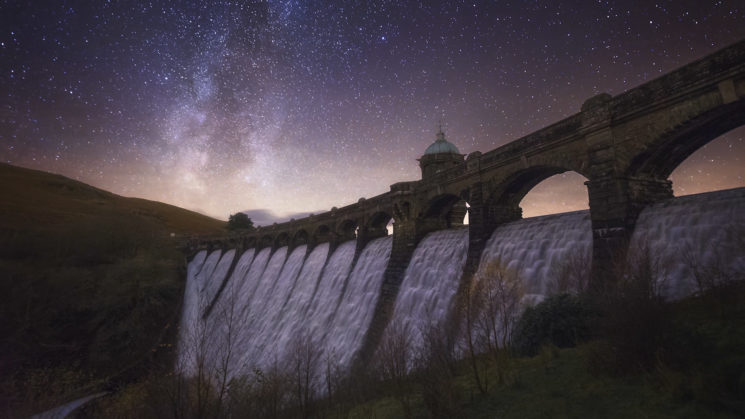 Alyn does notice a little bit of coma, corner softening, and some star stretching due to lens distortion. But he does say that for his workflow, it’s not going to be much of a problem. If you’re spending this much on a lens, though, it’s good to know.

There’s a more complete writeup on Alyn’s thoughts over on his website. So, definitely head on over and check that out. But it looks like the Sigma 14mm f/1.8 is a winner, all things considered.

The new Sigma 14mm f/1.8DG Art – Is it an astrophotographer’s dream lens?