What’s the best way to promote your 24 karat gold flagship phone? Photograph it with your best competitor’s phone and send to media. Or at least this is what HTC must be thinking.

HTC released a premium version of their HTC One M9 made from 24K gold. As far as we know there is no way to obtain this phone via stores (though it may eventually pop on eBay), and the only way to get one is to be one of the selected few who receive it in the UEFA Champions League season finale.

And how do HTC go about creating buzz about this phone? They tweet it’s photo. But one keen eyed follower noted a weird reflection on one of the phones. A closer examination clearly shows – the photo was taken with an iPhone 6. The tweet was taken down, but you can see a snap of it below 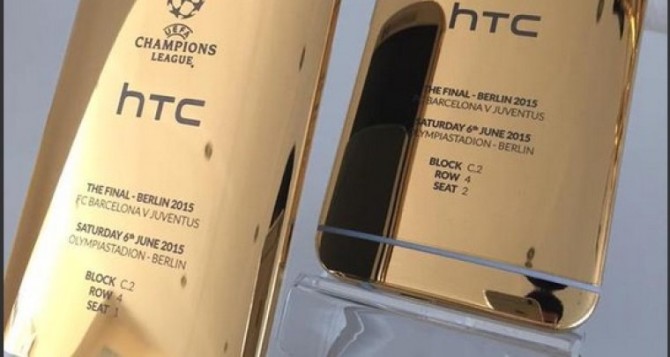 Did you spot it? here it is: 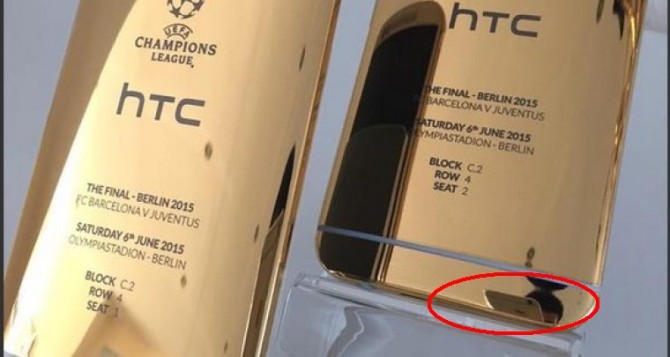 Now, don’t get me wrong, I think that the iPhone 6 has a remarkable camera, I am just not sure I’d use it to promote a different phone company. Just saying….

« Haunting Portraits Of Children Watching Television Will Make You Want To Unplug For Good
Photography From the Future: Cameras That power off Wifi »