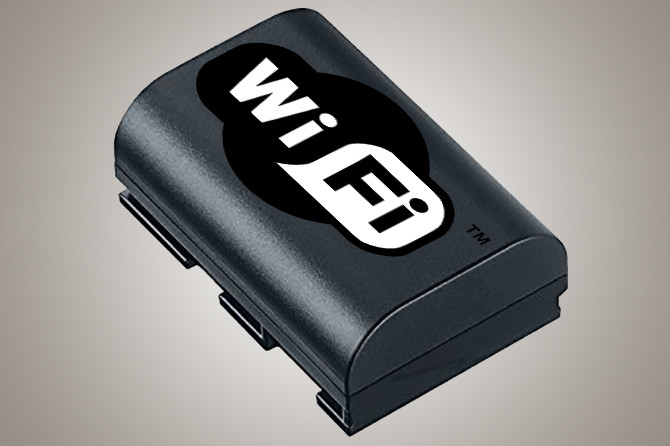 We always talk about powering cameras (and gear in general) as a big thing. I got to fly an Inspire 1 for an upcoming tutorial and was shocked at how much of our production hustle had to do with managing batteries. I am quite confident that battery and power management will be the next step in camera evolution.

The system is called power over wifi and it literally creates a battery-free camera. At least in the sense that we perceive battery.

The system was developed by PhD student Vamsi Talla and colleagues at the Sensor Systems Lab at the University of Washington in Seattle.

The team realized that the power a wifi signal is enough to power a small device. The caveat is that wifi signals are done in bursts, so the small amount of time where a specific frequency is active is not enough. To solve this, the team modified wifi routers to emit “noise” on non-active channels.

The power gathered by this noise was enough to trigger a camera every 35 minutes. Kinda like a really slow time lapse.

While this sounds beneficial for some applications, I would hate to think that more radio signals and more powerful ones are overloading the air, and I am pretty confident that many will not want that system in their homes.

The full details can be found in a paper called Powering the Next Billion Devices with Wi-Fi [pdf] by Mr Talla and colleagues.

[Powering the Next Billion Devices with Wi-Fi via bbc]

Photography From The Future: Will We Be Printing Our Own Cameras?

« HTC Promotes Its 24 Karat Gold One M9 By Photographing It With An iPhone
Quick Tip: Learn How To Keep Your Cables From Breaking When Extending Them »