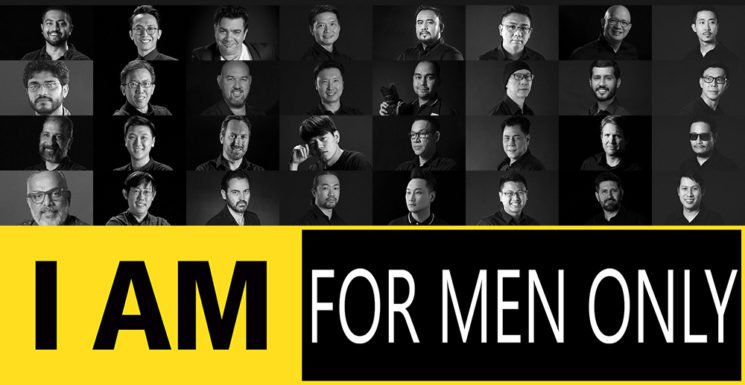 There’s been quite a hype about the new Nikon D850. Even me, generally not obsessed with gear, am thinking of saving up and treat myself with this beast of a camera someday. But, judging from the list of Nikon Asia, Middle East and Africa Ambassadors – this camera may not be for women. Their promotional team contains 32 men and zero women. It could be an accident, or maybe they really think this camera is too hard for the ladies to handle.

FStoppers published the article discussing whether Nikon D850 is for men only. The criticism soon came from all over the web, both from male and female photographers.

Nikon D850 leaving the subtlety out of this particular campaign. pic.twitter.com/lILLDwXcej

I was thinking of getting the D850 but now I'm thinking maybe it's just too much for a woman like me to handle. ? https://t.co/mhecu8ddZ7

Hey Nikon: are you planning to release a version of the D850 for women? A pink one, maybe? #everydaysexism https://t.co/BJAtFO2t9e pic.twitter.com/NoVsqEzJ6Q

In the world where we work so much on the equality, it’s hard to believe that a company like Nikon could have made a slip like this. They responded to criticism in a tweet reading: “Unfortunately, the female photographers we had invited for this meet were unable to attend, and we acknowledge that we had not put enough of a focus on this area. We want to thank the community for raising this and challenging us to do more to support the creative talent of our female photographer community. Enabling the creativity of our community sits at the very heart of Nikon and we will continue to keep improving on our innovation and our support for you.”

Even though from this statement looks that, indeed, it was just accidental – Nikon didn’t state which female photographers they had invited to be among the Asia, Middle East and Africa Ambassadors.

Photographer Rebecca Douglas was one of the female photographers who also reacted to this story. She got a response from Nikon UK, stating that this was an isolated case:

“[…]female photographers were unfortunately not represented and this was completely due to circumstance and not design. At a global level, Nikon has invited four photographers to act as Ambassadors for the launch of the D850, one of which is Italian photographer, Rosita Lipari.”

They pointed out that they “take pride in celebrating female talent and have included many brilliant female photographers in our Ambassador line-up over the years.” Furthermore, they appointed to the UK and USA Nikon Ambassadors which have women in the line-up.

After all this, I don’t know what to think. On the one hand, I believe it was really a matter of circumstances and not chauvinism. It simply sounds impossible that a company like Nikon does it on purpose. But on the other hand – how difficult can it be to find talented female photographers in any part of the world? Only I know dozens of them, and I live in quite a small country. So even if this was just a slip, it creates a bad picture of Nikon nevertheless.

This is what happens when men are Photoshopped like women