For most stills photographers, the only measure of exposure that many of us see (besides the camera’s built-in reflective meter) is the histogram; essentially a graph which covers the amount of each of the different brightness levels in your image. Although many photographers making the move to video might feel more comfortable shooting with a live histogram, they’re not the only ways to judge exposure. Nor necessarily even the best.

In this video, Casey Faris walks us through the three main scopes available in DaVinci Resolve. The waveform, the RGB parade, and the vectorscope. These scopes are also built into many video cameras and external monitors now, too. Once you learn how to read them, you’ll be able to get exactly the exposure & colour you want.

The humble histogram serves its purpose quite well for photographers. It shows us the range of brightness levels from black to white, and we can profile our cameras and feel reasonably confident that if we set a good white balance, the colours are good. But this is mostly because we’re shooting raw, and we get a lot of latitude in post to correct for things.

While there are some cameras capable of shooting raw video, many video shooters don’t have this luxury. And even when they do, they still want to get it as close to perfect in-camera as possible, because correcting a video takes a lot more time and processing power than a few dozen stills.

The three main scopes available to video shooters are the waveform, the RGB parade, and the vectorscope. But what are they? The waveform is a lot like the histogram. It shows pretty much the same data, but in a different way that offers up a lot more information.

Whereas a histogram goes from black on the left to white on the right with the total amount of that brightness represented by the height of the peaks, the vectorscope moves from left-to-right across the image, with the vertical axis showing us the level of the brightness on that pixel column of the current frame. It lets you easily see if you’re clipping any of the shadows or highlights. 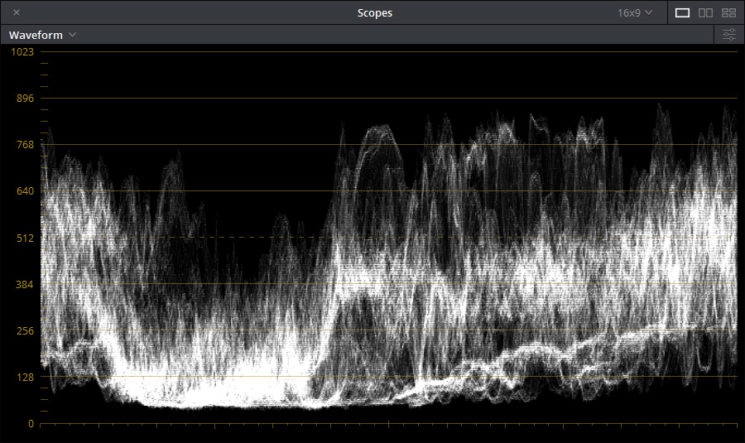 The RGB Parade is essentially three separate waveforms for each of your red, green and blue channels. Like the RGB histogram found on many DSLRs. Like the single waveform, the RGB Parade shows the brightness levels of each of the colour channels in pixel columns from left-to-right of your shot. These make white balancing your camera simple, as you can just point it at a grey subject. All three waveforms should be identical. 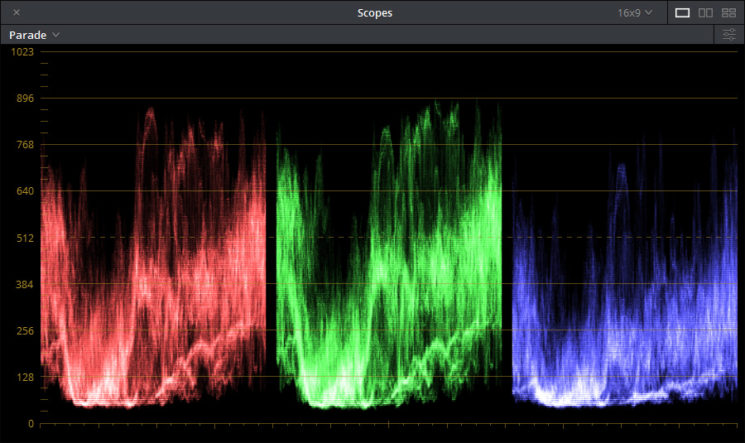 The vectorscope ignores brightness completely and only looks at the colour of your shot. This is very handy when you’re using a reference chart, like the X-Rite ColorChecker Video. Each of the six squares matches up to the red, magenta, blue, cyan, green and yellow swatches found on the ColorChecker and other reference targets. The line at the 11 o’clock position is where skintones fall (everybody’s skintones). 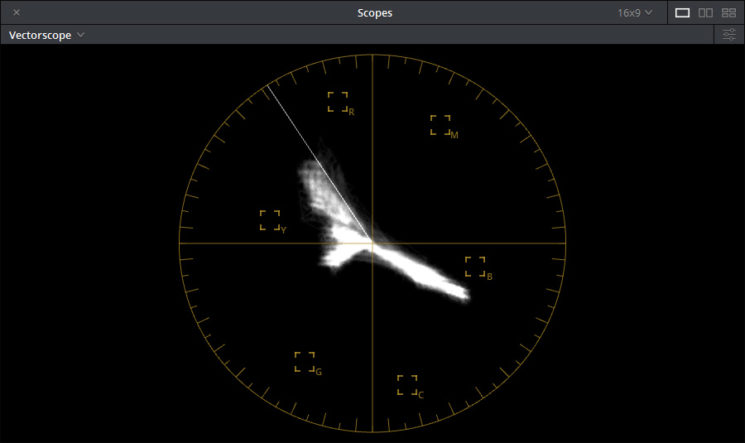 Whether or not your current camera has these scopes, your editing software probably will. These scopes exist in DaVinci Resolve, Premiere Pro, and many other editing applications. But they also exist in many external monitors you might use while shooting video, too. We’ve shown some of those on here, like the Aputure VS-5 announced at Photokina 2016.

So, they’re worth learning how to understand if you decide to get serious about video. Ultimately, they’re far more versatile than the simple histogram.

« How to make your first $1,000 with your photography
How to turn white into any color in Photoshop »