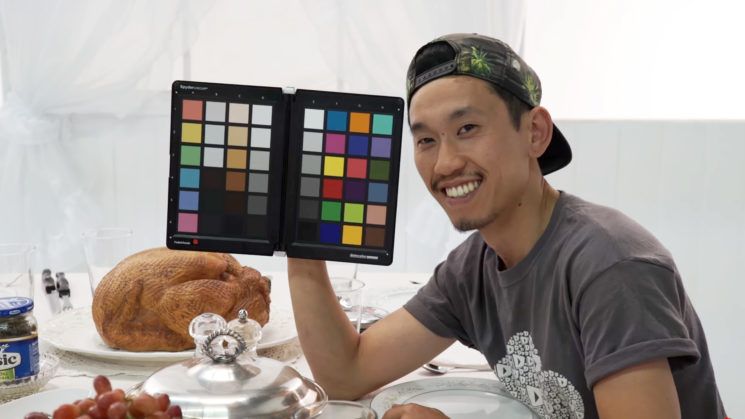 After calibrating your monitor and profiling your printers, the next important step in colour accuracy is profiling your camera. There are several devices out there to let you do this, but there’s two main ones. One is the X-Rite ColorChecker (or Passport), and the other is the Datacolor SpyderCHECKR (reviewed here). I still use both systems, and always pack at least one of them for a shoot.

But do you really need one? And how do they work? This video from The Slanted Lens talks us through some of the colour problems we can face on a shoot, and how colour charts can overcome those issues. While not everybody will care all that much about colour consistency, once you start using one, I think you’ll find it difficult to go back shooting without it.

Colour issues can crop up in all sorts of ways. It could be that your lights aren’t quite the temperature that the manufacturer specified. They may not produce the complete visible light spectrum. Maybe you’re using an old lens that has a slight colour cast. Perhaps you’re using neutral density filters to shoot long exposures, also introducing unwanted colour. Or you may shoot multiple bodies, each with a different colour response and tonality.

With the Datacolor SpyderCHECKR, there’s basically two different depths of colour correction to which you can go. The first is acting as a simple grey card to correct white balance. Simply bring up the image in Adobe Camera Raw or Lightroom, choose the white balance picker, and click on one of the grey swatches. 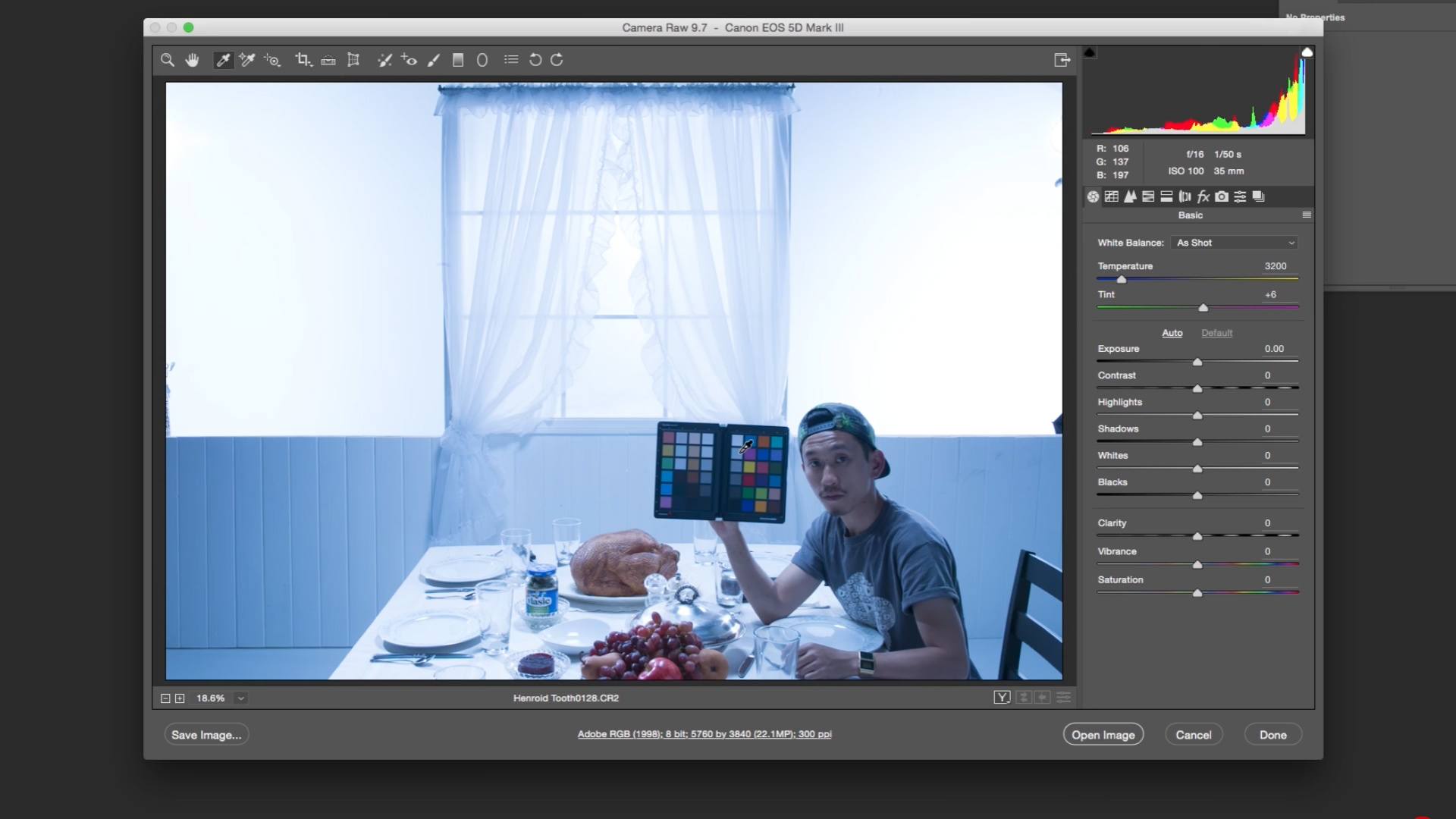 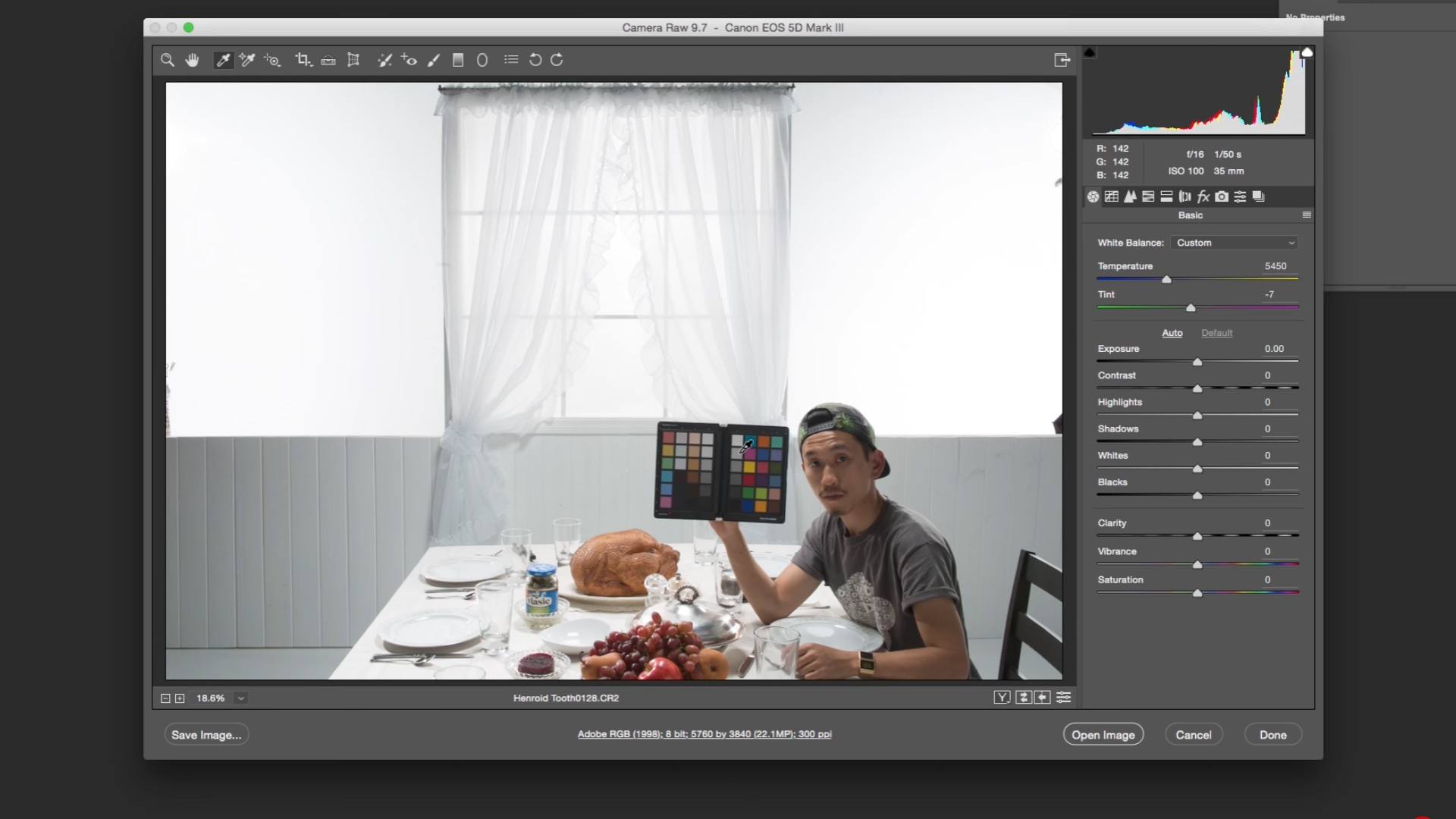 This will get you about 90% of the way toward your final image in many cases. It lets the software know exactly what colour temperature the light is, and shifts all the colours close to where they’re supposed to be. But different sensors, different lens coatings, and other issues may mean that certain colours are still slightly off, even when grey is showing as neutral.

That’s where stage 2 two enters into things. With either the SpyderCHECKR or the ColorChecker Passport, there are standalone applications and lightroom plugins to process these images.

Because the colour swatches are known colour values, the software knows exactly what each individual square is supposed to look like. These plugins and applications look at each of those colour swatch squares on the device to produce a camera profile or raw preset. If the blues are a little purple, the yellow a little orange, the magentas slightly desurated, it knows and will correct for this. 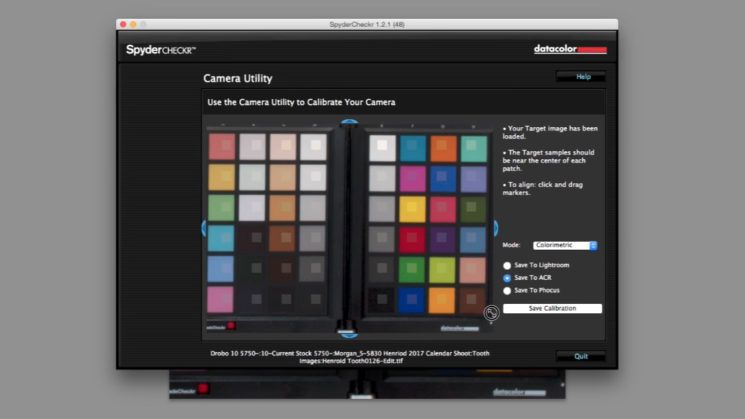 You can see in the image above, that most of the colours are just very slightly off from where the software expects them to be. The software then generates a profile which shifts them to where they’re supposed to be. Just like you calibrate your monitor to make a profile that shifts how different colours display on your screen.

Sometimes the differences in the final shot can be very subtle. At other times they can be quite extreme, especially when shooting under very inexpensive lights. I’ve also noticed some pretty drastic differences between profiled and non-profiled images when it comes to animals, too. Often, cameras can’t quite pick up all the subtle tone and colour variation in feathers and fur. Profiling makes a big difference, especially in lighter, paler areas.

Do you use a colour chart for your photography? Do you use the SpyderCHECKR, the ColorChecker or something else completely? Or, do you just white balance and leave it at that? Let us know in the comments.

MTF charts – What are they? How do you read them? And why should we care?

How to Get Consistent Color from Multiple Cameras