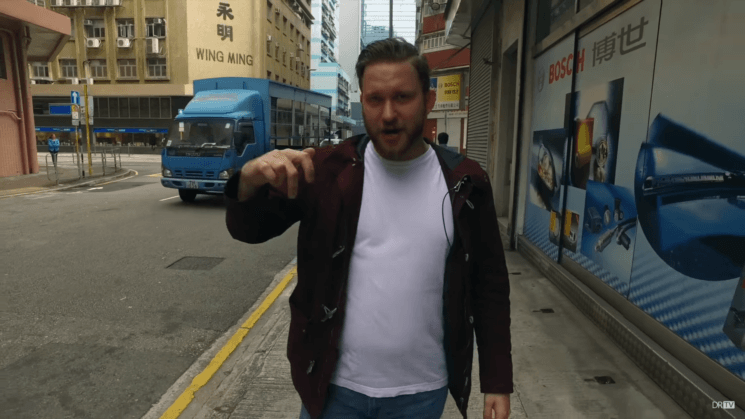 The news that Lok Cheung and Kai Wong left DigitalRev TV certainly shocked their fans earlier this year. After they’d parted ways, it seemed like DigitalRev were struggling to keep the viewers’ attention. But now they’ve launched a new channel called Burst Mode. After a seemingly rough period, they may be experiencing a Christmas miracle and actually getting back on track.

The new DigitalRev’s channel is featured by their writer Rick Boost. As the channel description says, he walks around the streets of Hong Kong talking about photography. And in the first episode he chose to talk about GoPro: their idea, beginnings, huge rise and sudden fall. We were all witnesses of their strange business moves and unfortunate events they experienced this year. Personally, I found it interesting to hear about this topic from Rick’s view and in an 8 minute retrospective.

GoPro got to be great and built the entire of image of being a badass. They sold affordable, sturdy and simple to use. Nick Woodman, the founder of GoPro, got an idea he didn’t give up. He was selling shell necklaces from a car and borrowed some money to create a strap to attach the camera to the body while surfing. From this, he got to build the empire and create one of the most recognizable brands of today. However, the things went wrong at one point, starting from the competition who sold similar products, but on more affordable prices. Then there was the recalling of Karma drones, layoffs and decline in the stocks price. Rick points out the lesson the in the end, saying that competition breeds innovation. After the failure GoPro had with Karma, maybe no other company will dare to create a drone that can compete with DJI. And it there’s no competition, there will be no innovation.

In my opinion, Rick has an attitude and opinion and he expresses them in a witty way. However, the sound effects in the video are a bit obsolete and over the top. They are even unnecessary since Rick is entertaining enough without them. He sometimes tries too hard to be funny, though. But it’s understandable – filling Kai’s shoes is not easy. However, I think he’s a different type of person and he may bring DigitalRev a fresh format and new audience.

In addition, the format of the video is different than before. After Kai left DigitalRev, he seems to have taken the format with him. Now it appears that DigitalRev are trying to make something new and reinvent themselves. I believe it may help them keep the audience bring new viewers, too. I’m a bit surprised by the choice to make a new channel, considering they already have 1.7 million subscribers on the original one. And I’m curious to see where this will take them. Anyhow, judging from the first video, Burst Mode has quite a potential and I’m looking forward to seeing what they will come up with.

[GoPros of Christmas Past (Introducing Burst Mode) via Reddit]

« Watch: Hello Kitty camera vs. Lomo Instax in street photography challenge
Here are five key points you should cover before deciding to become a professional photographer »