The “Red Scale” effect has actually been with us for quite a while. You see, your average 35mm color negative film has a semi-transparent layer on the back. – designed to keep stray light from getting onto the sensitive emulsion on the front. At some point, a few bright photographers got the idea to load the film “backwards” and actually shoot through this protective layer. The result is close to shooting through a reddish-orange filter. But unlike a filter, the effect is a bit unpredictable and varies in strength depending on the subject and light source. 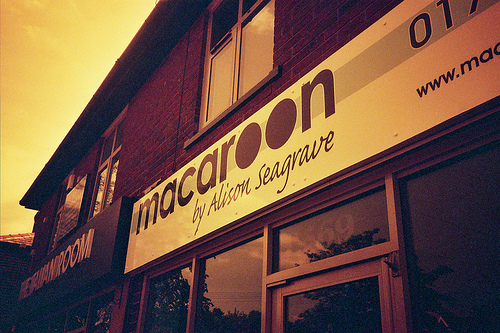 Why RedScale Is Cool?

Ever shot a roll of sepia film? Ever marveled at the way that it reveals your image in smooth monotones with a silky color wash on the top? Here’s a hyper-saturated version of that idea – with reds and oranges defining your key colors and a slightly random filtration effect that leaves some areas a little natural and some redder than hell. Things are a bit unpredictable, a little bit Yellow Submarine, a little bit red in the cheeks, and wholly unlike anything any other analog images that your camera can chew up and spit out.

Lomography’s casperxd was kind enough to allow DIYP to share his DIY RedScale film tutorial here on the blog.

The whole process must be carried out in dark room/changing bag (I do it under a blanket). First, remove the film from the canister. 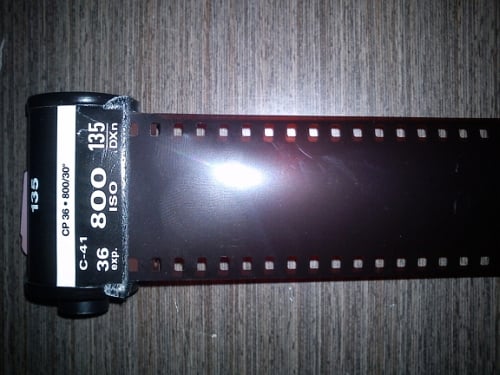 And then, start folding it. Look at the photos above while doing it. Maybe you could try folding some parts of a developed film for a few times for practice.

After folding, wind them back into the canister. Push the film a bit harder when when the edge of the triangle is going into the can. 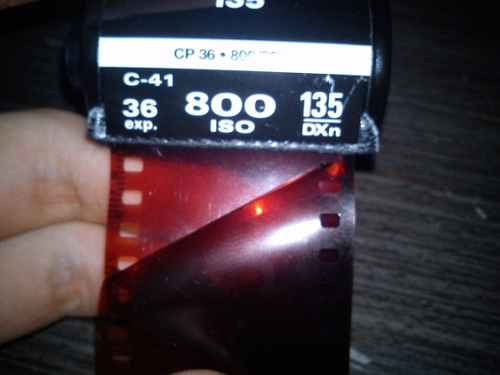 Remember to keep the film lead outside , or else you can’t load it into your camera. For the last step, load the film upside down. What you need to do is shape it with your scissors. Then, enjoy! So far, the film works pretty well with my Diana Mini. 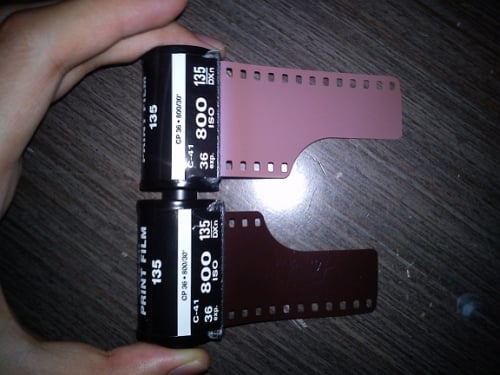 Once all of your shooting is done, here’s the best part: this film is developed in exactly the same way as normal 35mm color film. That means el cheapo development is possible at any lab, drugstore, supermarket, swapmeet, or wherever else offers standard processing. Rated at 100ISO and packing 36 exposures per roll it is hungry for sunlight, thirsty for long exposures, and quite unlike anything we’ve ever seen before.

8 DIY photo filters you can easily make at home

« Huge Reflectors Borrowed From The Camping Realm
Are Pentax Cameras *That* Weather Proof? »