Creating tiny planets has become really popular ever since consumer 360° cameras started becoming a thing about five or six years ago. So popular that there’s even native support in apps for cameras like those from Insta360 to create them. But what if you want to do something a bit higher resolution, or with higher dynamic range and a bit more control than a 360° camera can offer?

Well, in this tutorial from Paul Trani at the Adobe Photoshop YouTube channel, you’ll learn how to create them within Photoshop using just a standard panoramic image shot with nothing but your regular DSLR or mirrorless camera.

To achieve the full effect, you’ll want a complete 360° panoramic image. In the tutorial, Paul uses an image from Adobe stock, but it’s easy enough to make one yourself. You just need a whole bunch of photographs shot with your DSLR or mirrorless camera that you can stitch together. Just hold it up in portrait orientation with a lens of suitable focal length and then spin 360-degrees on the spot, snapping away as you go and making sure to overlap by about a 1/3rd on each shot from the previous one.

Load them all into Photoshop (or use the free Hugin software if you want to be fancy), stitch them together (or do it in Camera Raw), make sure the two ends match up to each other perfectly and you’re good to go. Once your panoramic’s inside photoshop, the trick to making the tiny planet is making sure that your canvas is a perfect square. You’ll have to squish your panorama to fit and then rotate it upside-down, but if it’s a smart object, it’s going to maintain its original resolution through the process. 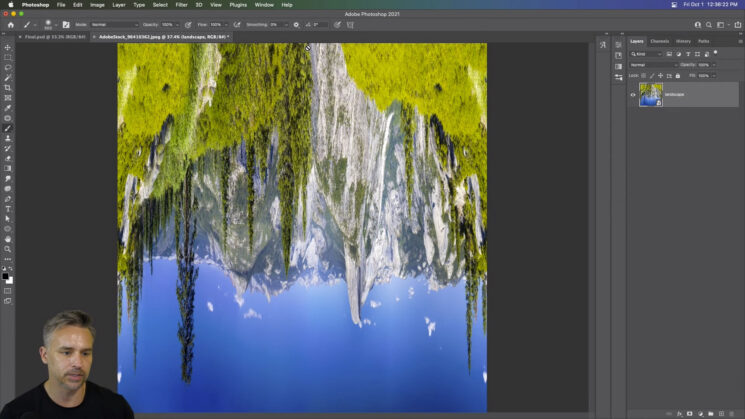 The final piece of the puzzle is running the polar coordinates filter. And, again, if your original panorama layer is set to a smart object, you’re not going to lose resolution when it applies. It’s simply going to resample all your original pixels to maximise that detail. With Rectangular to Polar selected, you’re pretty much done. All you need to do is click OK and you’ve got your tiny planet. 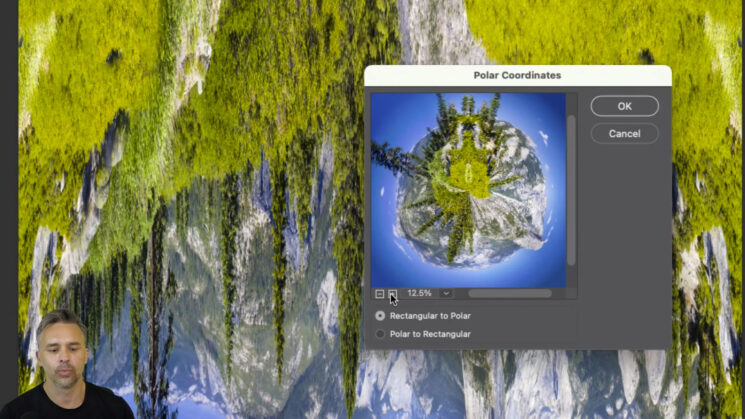 And that’s it, you’re done! It’ll look a lot better if you get a full 360-degree pano and you don’t have to fake it to make the two sides match – you can see some obvious repeating at the top of the tiny planet above – but the principle is easy, straight forward and takes no time at all, other than the shooting and the stitching.

Have you made tiny planet images without using a 360° camera?

« Nanlite has released its second-generation PavoTube II X series LED tube lights
Here’s when, why and how to use flash for outdoor portraits in bright daylight »