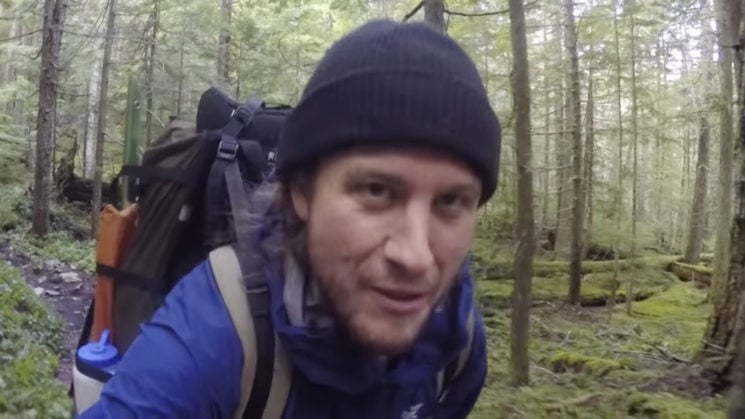 Quitting social media, even for a brief time is something that most of us wish we could do. Some of us are lucky enough to be able to get away and completely unplug for a few days here and there. Others aren’t so fortunate. We’re often tied to it by friends, family or work.

Photographer Dave Morrow, though, decided to take a complete break from social media. With a combined following of over 1.8 million, he just quit cold turkey and deleted his accounts. It’s been a year so far, and in this video he talks about why he did it and how it’s helped to change his life.

Dave spends around 9 months a year living out of his vehicle. Travelling, exploring, shooting photos and videos. He wants to share the skills he uses on these trips as well as the overall experience. But he doesn’t want to spend most of his time sitting in front of a computer screen editing. So Dave limited himself to only shooting on a GoPro and spending no more than 20 minutes editing each video.

Taking this time away to travel made it a little easier to completely disconnect. He says, though, that it was still a difficult thing to just delete his Facebook, Twitter, Google+ and Instagram accounts, especially with such large followings. His theory was that being on those platforms was distracting him. Making him worry about things. Did he forget to post about this? Does he need to respond to a comment or message? And it stopped him from focusing on what was really important.

What would happen if I took all the energy that I spent on social media posting, replying, looking at stuff, anything else you do on social media. Took all that mental energy, all that physical energy and I just devoted it straight towards what makes me feel really good.

And that is photography and travelling to new places on foot out in the mountains, out in the wilderness.

Today, doing something like this sounds like a huge achievement. But it’s not, really. Up until a decade or so, “unplugged” was just the way most of civilisation was. There wasn’t really any social media then, and what did exist was still very small. But when one realises just how much time and energy is consumed on social media today, whether it be promoting your business or just socialising with “friends” or followers, it really makes you think.

It made Dave think, and notice just how much difference it made in his life. Mentally he feels much calmer. The fear of missing out that’s commonly associated with social media is gone. And on a daily basis, he accomplishes more because he’s not constantly switching back and forth between what he’s doing and checking social media. He can concentrate on the task at hand, then move onto the next task.

And those tasks were finished much more quickly as a result, freeing up time in his day, every day. Time that he could dedicate to his creative efforts.

One of those efforts is writing on his website. One of the things we worry about, especially as a business, is that if we quit contributing and engaging on social media that our website traffic will also go down. For a month or so after quitting, Dave notes that his website traffic stayed about the same. When freeing up the time to dedicate to writing more regularly for his site about some new projects, the traffic actually started to go up, with no help from his own social media channels – because he’d deleted them.

I can’t believe I wasted 3 [or] 4 years of my life posting stuff to social media every day. Even if it helped people, I help a lot more people now.

I would highly encourage you, if you’re an artist, if you’re a creative, to shut down all your social media accounts. Turn them off. Devote every single second of that energy into creating that one or twwo things that you have a long term vision for and that you love doing consistently.

And if you do that, I think all that extra time that you devote to your art, your craft, whatever you’re creative at will exponentially increase and trump anything social media could ever do for you.

As much as I’d love to, I can’t make the break from social media just yet. For now, I’ll just stick to taking a week away here and there. How about you?

« Copy photos styles with NVIDIA’s A.I. (yea, A.I. and copy in the same title)
YouTube makes it easier to live stream from your phone or desktop »