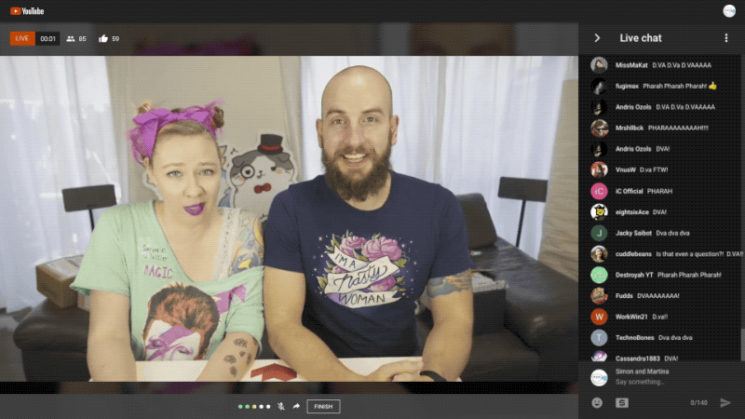 YouTube’s live streaming has been very popular since they introduced it in 2011. But for many users, it’s just been too complex to deal with. On the desktop you have to set up some kind of capture & streaming software like OBS, Wirecast, or X-Split; None of which are the most intuitive of applications. With mobile, it’s a little easier, although the capability hasn’t been around as long.

Now, YouTube is changing all that with new live streaming from directly within your browser and mobile app. This change was inevitable, really. Facebook’s live streaming has become ridiculously popular, and YouTube has been struggling to draw those people onto their platform instead. Now, this may change things a little.

The feature is quite easy to access. A blog post on the YouTube Creator Blog, and the animation above, shows that the old “Upload” icon is now a dropdown menu giving you the option to either upload or “Go live”. Personally, I’m not seeing this option on my own channel, nor on DIYP’s. But if you go into the creator studio, a new option appears in the live streaming section called “Camera”.

Alternatively, you can also just go straight to the webcam streaming URL. Despite the references to webcams, you don’t have to use a webcam. You can use any standard capture device. So, if you have an HDMI capture card and DSLR or mirrorless camera with a clean HDMI output that doesn’t shut itself off after a couple of minutes of not recording, you can use that, too. 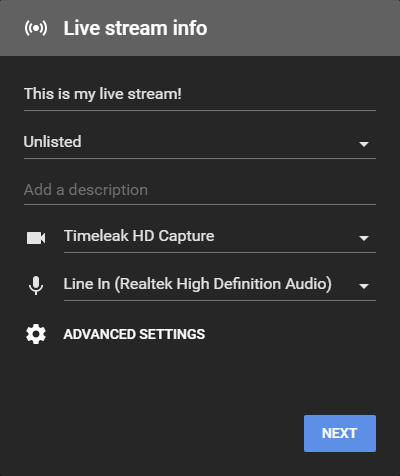 You get all the usual options. You can enter a title and description, pick your camera & microphone devices, and you can either go public or unlisted (and you have to give the URL to people you want to watch it). The advanced options allow you to enable and disable chat, age restriction and monetisation. It also lets you declare sponsored content, if that’s your thing. 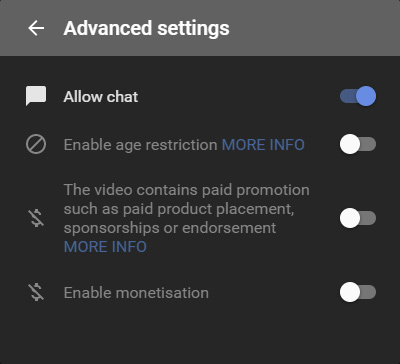 The feature is available in the Chrome browser as of two days ago. Mobile updates will be coming sometime in the next few months to add YouTube live streaming from directly within the default camera app in select devices from ASUS, LG, Motorola, Nokia and Samsung.

How many people will take up the option of live streaming to YouTube rather than Facebook now it’s getting easier remains to be seen. Despite the much better organisational and search abilities to find content on Youtube, many may still want that instant rush of traffic and feedback from “friends” and page followers that Facebook tends to attract.