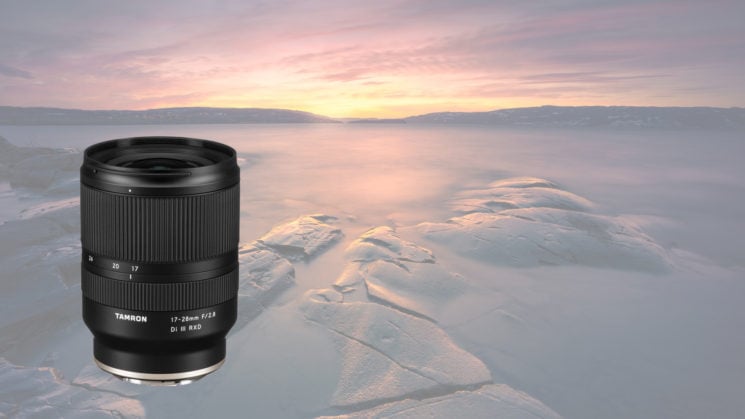 My main objective isn’t to provide an in-depth ‘review’ of the lens, but I hope to offer the reader a few insights in terms of how the lens performs from a landscape photographer’s perspective. A photographer who usually prefers to shoot ultra wide angle. I received the Tamron 17–28 in October and have had time to play around with the lens a little; enough to form an opinion and to shoot some example images (by adding a Dark Reader extension to your browser it will be possible to view the images on black).

The lens is surprisingly small and lightweight, and balances very well on my old Sony a7r. 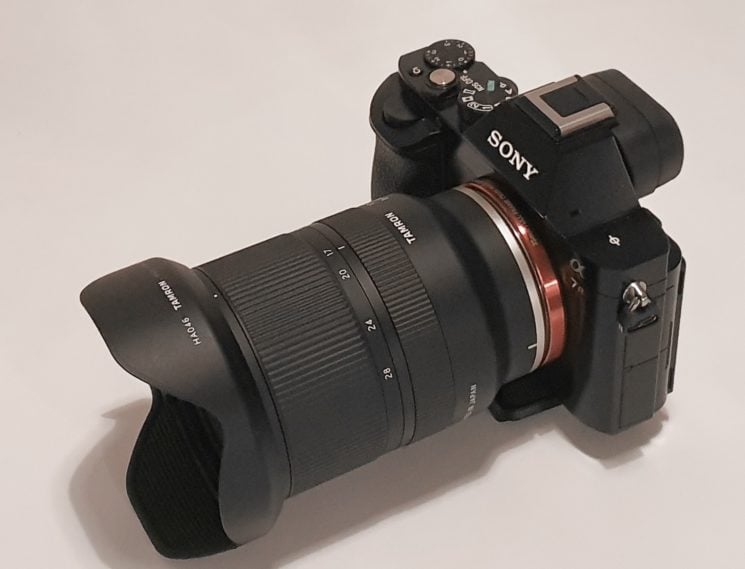 October still offers a decent milky way in the southern parts of Norway, so the goal of my first outing with the Tamron was stars. 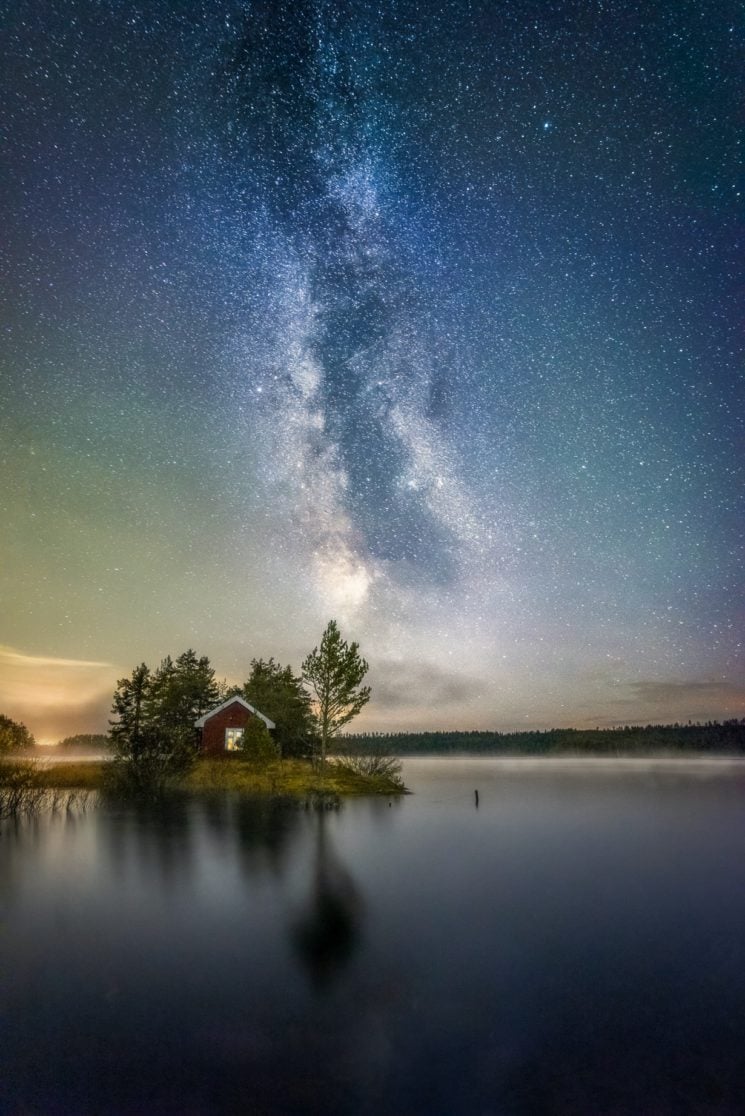 The image below is a close crop of a section of the sky. What I noticed first and foremost is that there is almost no color finging around the stars. Next that coma is well controlled. The stars are stretched a little, but I blame that on a tad too long exposure time. A twenty second exposure would probably have been a better solution. The 500 rule suggests, though, that at 17mm it should be possible to shoot 29 secs without stretching the stars. 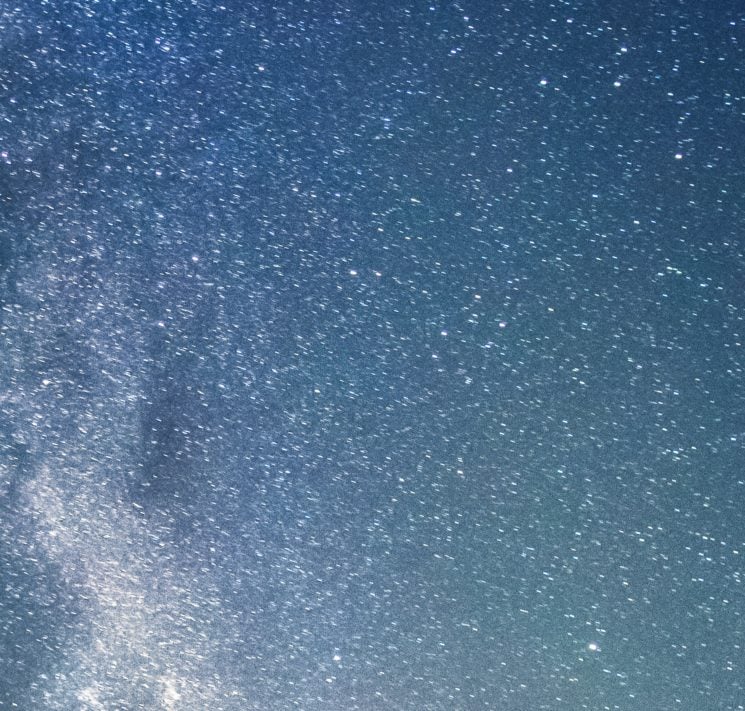 I so vividly remember the first time I got a sunstar in-camera; how I jumped up and down from pure joy. I still enjoy getting a decent sunstar when out with the camera, but that first exhilaration has faded quite a bit I am afraid. Truth be told, I hadn’t expected the Tamron to produce such a beautiful sunstar at f22 as we see in the next image. In other words, this was a pleasant surprise. 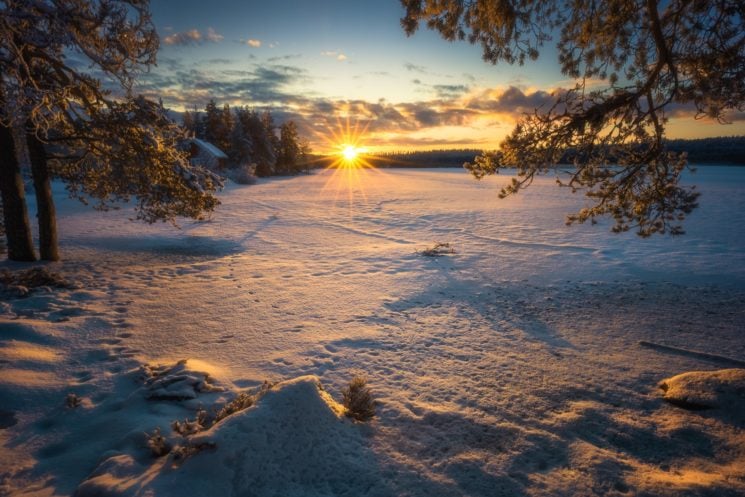 Flare is very well controlled. I found a few small spots in the snow, and a half circle below one of the sunrays which all were very easy to clone out in Photoshop. I would say that there is basically no need to shoot an extra exposure with fingers obscuring the sun in order to avoid flare when shooting directly into the sun with the Tamron 17–28. 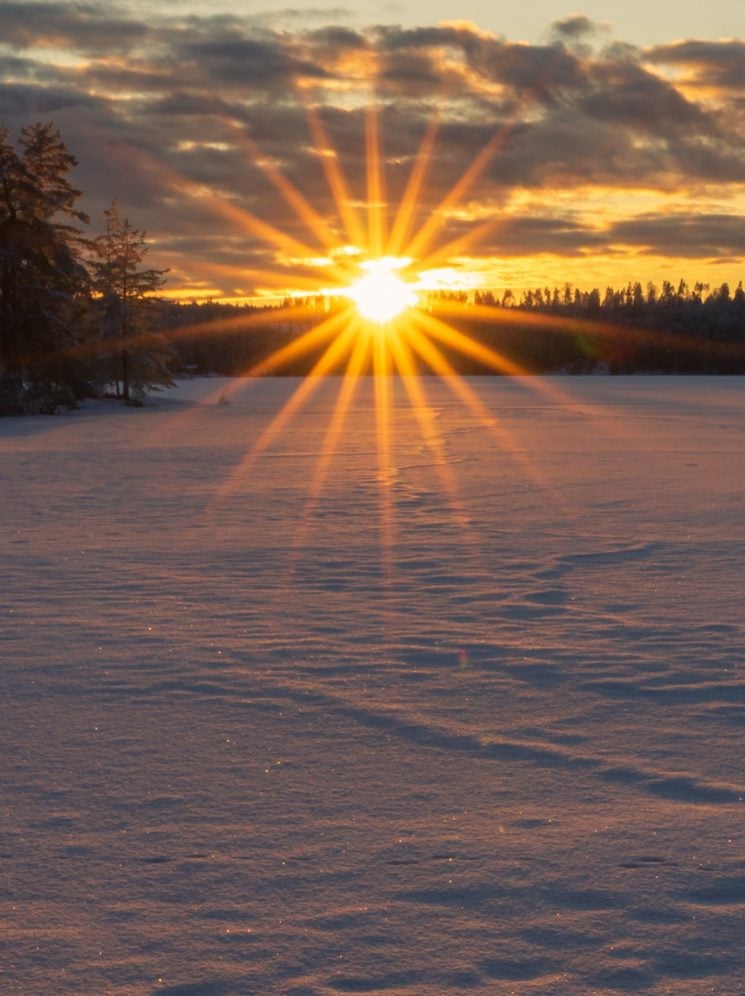 In the beginning of December ice had formed on the lakes. I shot the scene below at both f11 and f22 something which should give us an idea about diffraction at narrow apertures when comparing the two. 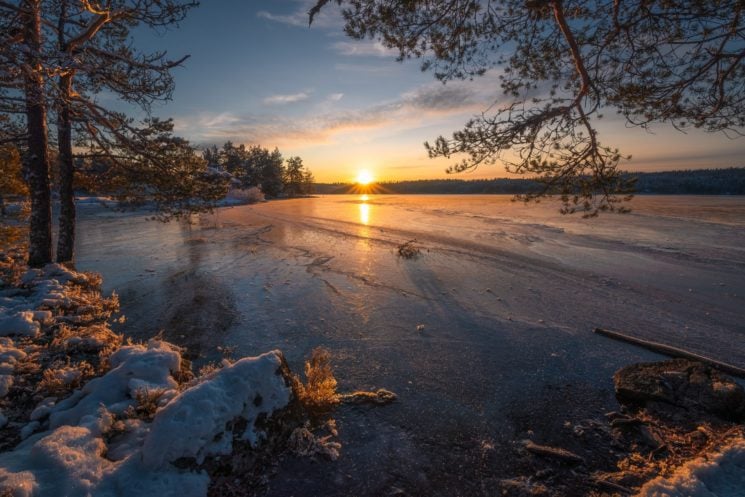 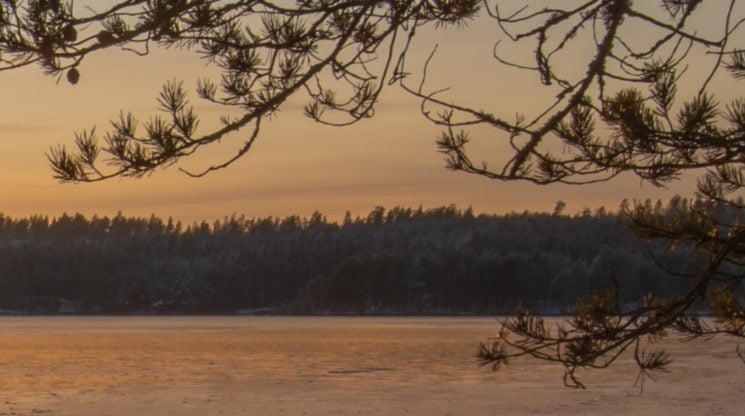 Not surpringsly, perhaps, that there is a modest loss of sharpness and details when shooting f22.

I usually use the narrowest aperture for sunstars and also for focus stacking when I have subjects very close to the lens which are stationary. In addition to these exposures I also shoot f11 or f8 exposures for the rest of the scene, or for the background when focus stacking. Needless to say perhaps that the various exposures are blended in Photoshop.

January 2nd (on my birthday) I headed out for sunrise. This far north sunrises are late during winter and it isn’t a huge sacrifice trying to catch some morning colors. The first colors appeared when it still was pretty dusk and f16 offered me what I wanted since I desired a 30 sec exposure in order to smooth the water. It blew a little so that waves disturbed the often calm surface of Tyrifjorden, which is Norway’s fifth largest lake.

My tripod was around 40cm above the ground and I assumed f16 would give me a sharp immediate foreground, and I hoped that such a narrow aperture wouldn’t cause too much diffraction in the background. 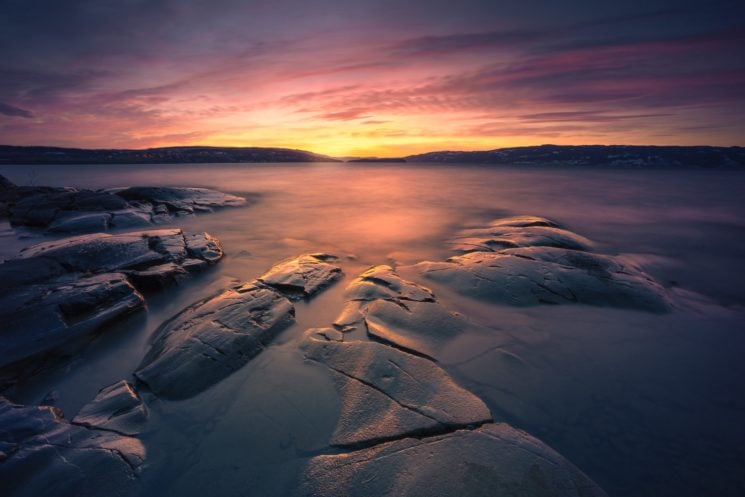 Diffraction wasn’t actually too bad. Both in Lightroom and Photoshop when zooming far into the image it was possible for me to identify the separate buildings where people probably had breakfast or coffee preparing for a new day. Not so easy to see on a webpage, though.

When it comes to filters I use the Nisi 100mm system which fits the lens perfectly. There is zero vignetting when shooting 17mm.

The afternoon the day before my birthday I was standing under a burning sunset sky. It was one of those sunsets which colors take your breath away and I entered a state of wow, as it were. In this instance I had mounted the Nisi V6 filter holder with a Nisi cpl (circular polarizer), a Nisi 6 stop to extend the exposure time and a Nisi Medium filter to balance the light in the sky. 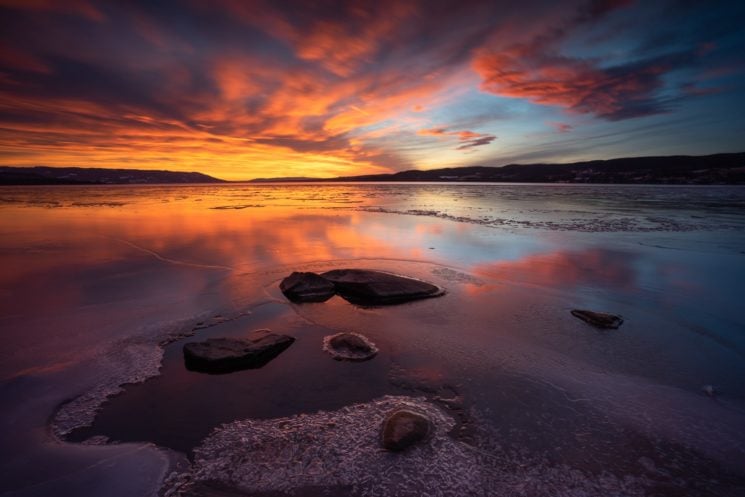 The image is more or less straight out of camera. I have only opened up the shadows in Lightroom to avoid any black clippings.

I have for several years enjoyed the Tamron 15–30 and Pentax 15–30, and in my opinion Tamron has produced yet another outstanding budget friendly zoom lens which truly offers value for the money. Stars look great and so do sunstars with a minimum of flare. Sharpness and micro contrast are more than good enough for my use — I am pleasantly surprised with both those characteristics of the lens. When I for the first time held that small and lightweight lens in my hands I had my doubts, but they have effectively been put to shame.

ILM used a Canon 5D III and Nikon 28mm lens to shoot space scenes for The Mandalorian
« The first images of Nikon’s upcoming D780 DSLR have leaked
Is it post-processed? »