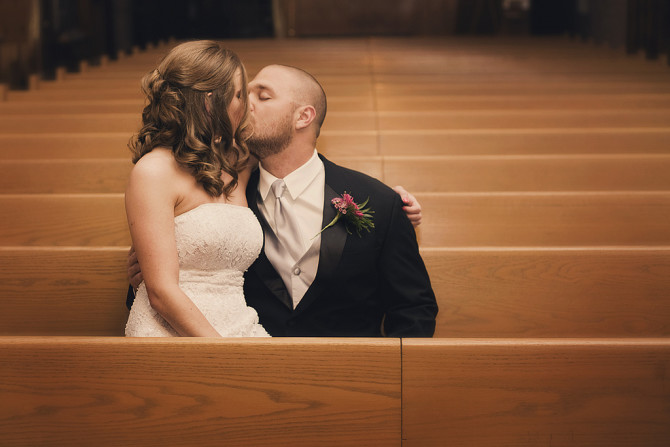 Some couples get married at City Hall to save money; others do it to keep things simple.

Either way, regardless of the reason, couples getting married at New York’s City Hall during the first week of June are in for a pleasant surprise.

Renowned photographer and Nikon ambassador Joe McNally will be waiting with his team outside the City Clerk’s office on June 4th and 5th in Nikon’s custom designed 20’ Wedding Truck Studio to take newlywed portraits – for free.

The portraits will be taken as part of Nikon’s “I AM Generation Image” campaign, using Nikon’s D750 DSLR and a selection of their lenses and speedlights.

“One of the most memorable and marvelous experiences l have had was capturing the wedding of my friends getting married at City Hall”, McNally said in Nikon’s press release.

Speaking about how that wedding was an eye opener for him, McNally described on his blog the experience that had inspired the upcoming event:

“Once inside, I found myself in an effervescent swirl of happy humanity, all of them there to simply declare their love of someone. This wasn’t atheist, or Christian, or Jewish, or Buddhist. It didn’t have a color, or a preference. It wasn’t about where you were from. It was about where you were about to go with the person you had just declared your love for.”

The free photoshoots will take place on June 4th and 5th outside of the Office of the City Clerk, near 141 Worth Street in New York City, and will be offered on a first come – first serve basis to couples in possession of a valid New York State marriage certificate stating that they were married at City Hall during the week of June 1st to June 5th 2015.

The Moment It Clicks / Joe McNally – A Book Review

« 3 Highly Effective Methods To Do Street Photography Ninja Style
$150 Stills Lens Compared to a $15,000 Cine Prime; Can You Tell the Difference? »