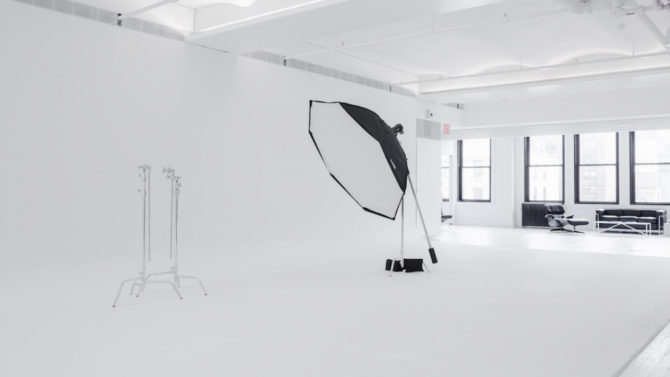 VSCO have announced the launch of their new Open Studio. Based in VSCO’s offices in New York City’s NoMad District, it feature a permanent cyclorama wall. They also have some basic lighting equipment available for those who may need it. Best of all, it’s completely free.

Of course, there is a catch or two. You have to fill out an application. You can’t just show up and expect to use it. You’re also limited to just a two hour spot. If you need more time, you’ll need to apply for another session on another day.

Two hours isn’t a whole lot of time unless you have a very clearly defined plan. If you can get things like hair & makeup out of the way before you arrive, you’ve already saved yourself a big chunk. Having a clear plan ahead of time for lighting also means you can just jump right in with minimal fuss.

The studio is free, but do have to pay a $250 deposit to confirm your spot once approved. Of course, you get this back when you show up. If, however, you cancel within 72 hours of your session, or simply don’t show up, then you’ll lose it.

This sounds a little bit crazy, to require a deposit for “free” studio hire. It’s really not, though.

Say you want to book a session and the next available spot is in two months. Later you find out that half of the people over that two month period didn’t even show up. You could’ve had your session a month earlier.

The deposit to hold the date is there to deter time wasters. Nobody wants to have their time wasted. The only people who would be put off by a $250 deposit are those who would cancel or no-show anyway. This makes it a good thing for those serious about using the space.

If you want to use the space, you’ll need to fill out a form. Unfortunately, the idea has already proven so popular that the form has been taken offline. It’s been replaced by a simple message.

Thank you for your interest in VSCO Open Studio NYC. Due to the overwhelming volume of applicants, we are no longer accepting requests for Fall Session 2016. Stay tuned for more updates on availabilities in the near future.

It’s an interesting concept. With applications closed so quickly, it demonstrates that there’s certainly a demand for it, even with short sessions.

You can read the full announcement on the VSCO website, or read the Open Studio FAQ here.

Are you one of the lucky few who have a confirmed spot? Is 2 hours long enough or would you need more for what you want to shoot? Should people just pony up and pay for the time they need like everybody else? Let us know your thoughts in the comments.