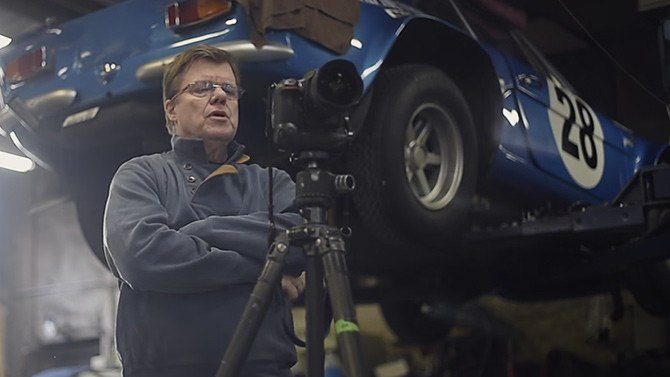 Joe McNally is one of the photographers I first started following when I decided to start shooting portraits, and his books, The Hot Shoe Diaries & The Moment it Clicks, are two that will ever remain on my shelf.

Year after year, for several decades now, Joe has continued to inspire and educate photographers all over the world through his books, his blog, in-person workshops, and his YouTube channel.

In this five minute video, shooting a Nikon D810 with a mix of SB-900 and SB-910 speedlights, Joe introduces us to Dominick European Car Repair in New York, and explains how he turned a garage into a studio.

Mixing ambient light with flash can be tricky, and it causes problems for many photographers.  Aside from the power, there’s colour issues to potentially deal with as well.

Joe describes how he overcomes the problems of shooting on location with flash to produce fantastic environmental portraits. 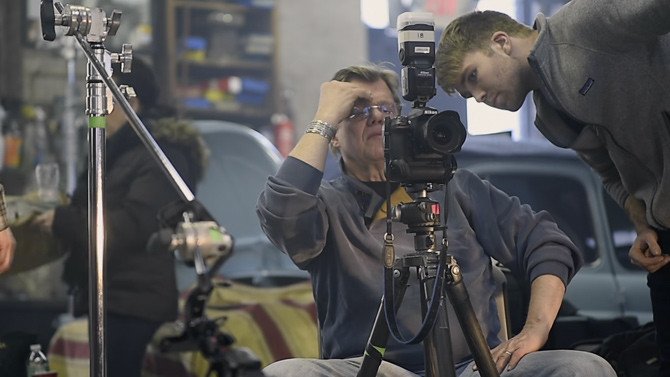 Joe also talks about the versatility of small flashes such as speedlights to just throw a little extra light in certain areas to give the scene a bit more life, and really bring out the character of the environment. 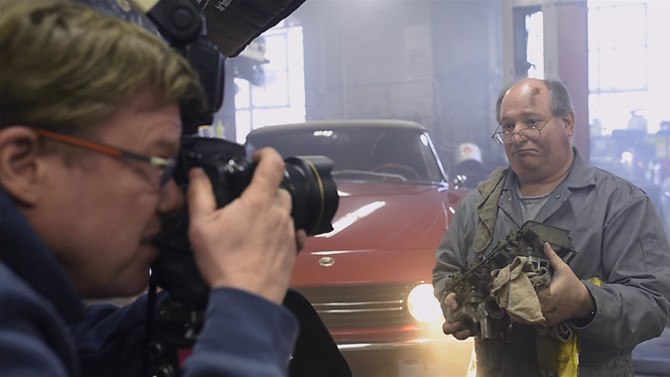 When I’m shooting on location, even if I’m using big studio strobes as my main light sources, I’ll also often throw a speedlight in, behind, or underneath something in order to gently light up little areas that may otherwise be thrown into distracting blackness. 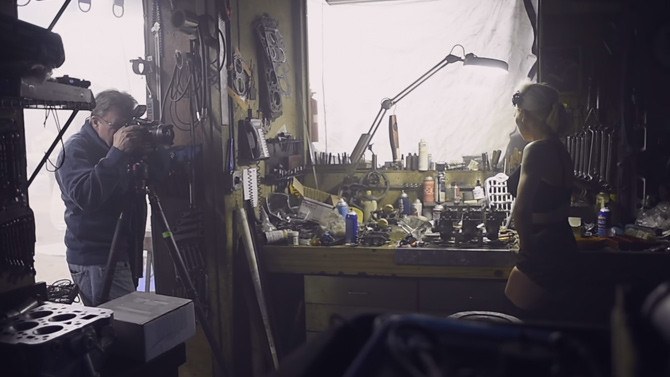 One thing Joe mentions, which I occasionally find myself forgetting when I’m shooting on location, is to always make sure you’ve got every shot you need with your current lighting setup before you switch everything around and move on to the next.

It’s never fun having to go back to that lighting setup you switched from half an hour ago and having to remember exactly where each light was, the gels or modifiers used, the flash and camera settings, and trying to recreate it exactly, especially if the ambient lighting conditions have since changed.

I’m sure that more than a few of you will also pick up some valuable tips and reminders from this video, so it’s well worth a watch.

The Moment It Clicks / Joe McNally – A Book Review

Behind The Scenes of a NASA Photo Shoot On The Moon