One of the biggest obstacles in street photography is the fear of capturing strangers. I mean, it makes sense. You are taking photos of people without asking them for their permission first. Although it is completely legal in a lot of countries, it still takes guts to pull it off.

Jack Canfield once said: “Everything you want is on the other side of fear.” It’s so true, because once you overcome your fear, a whole new world opens up for you. Incredible Moments and subjects that would’ve never ended up in your portfolio before. 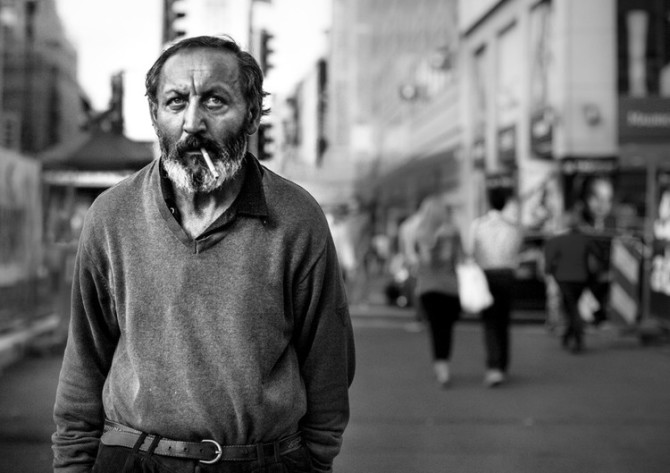 As you may have read in my article “I wrestled With Death Twice To Live For Photography”, I not only overcame my fear of capturing strangers, but even worse ones. I suffered from severe depressions twice and my anxieties were so extreme that I couldn’t leave the house anymore, do groceries, meet friends and have a normal life. Thanks to my degree in psychology and my love of experimentation, I developed highly effective methods that beat my disease and my fear of capturing strangers. 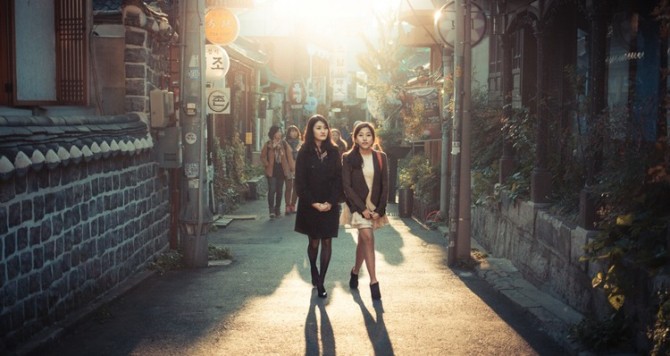 Let me introduce you to one method that has worked very well for me and many others by now: the 180 Degree Method. It’s a scientifically proven method that is been used in psychological therapies worldwide. In research they usually call it desensitization, which basically means being exposed to the stimulus your fear more and more. Let’s apply this approach to street photography.

The 180 Degree Method To Overcome Your Fear

Start with shooting from behind and do it as often as possible till you feel comfortable and you can check the 0° degree.

Don’t worry, we are not going to turn 180° around yet and shoot from the front. Let’s continue with 45°. The chances of getting spotted are still fairly low, but you’ll be able to capture the side of their face. Not completely, but you are getting there. Try that as often as possible till it doesn’t bother you anymore. You will see how rarely they will discover you.

Now comes the first bigger step: taking it to 90°, thus shooting them from the side. Although most people still won’t realize that you are taking a photo of them, some will when they look to the side. You have one huge advantage though. You could just as well be taking a photo of the background behind them. Just take another photo while they keep walking and they will never get the idea that you took a photo of them. Stay cool, try it in front of all sorts of backgrounds, even boring ones and make the 90° yours! 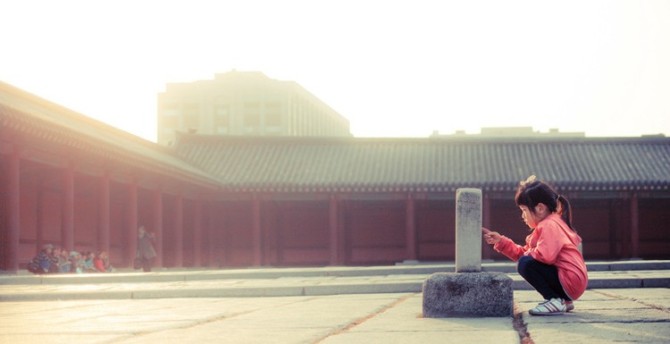 135° here we come. The second most challenging degree of them all. It’s almost from the front, though still slightly from the side. You are almost directly in their peripheral vision. I know the 180 Degree Method is getting harder with every degree, but take the confidence of the first 90° and just try it once. Even if someone spots you, keep taking photos of the background behind them. Don’t just stop and look at them. Don’t. Keep taking photos and look at the scenery behind that person. Even at 135° they usually won’t get it as far as my experience is concerned.

There it is, the beloved 180°, the perspective you want to get and will get. Again, take all the confidence you’ve gained so far. You started with nothing and you made it all the way to here. Why should the last 45° stop you? You can’t be stopped, you are unstoppable. 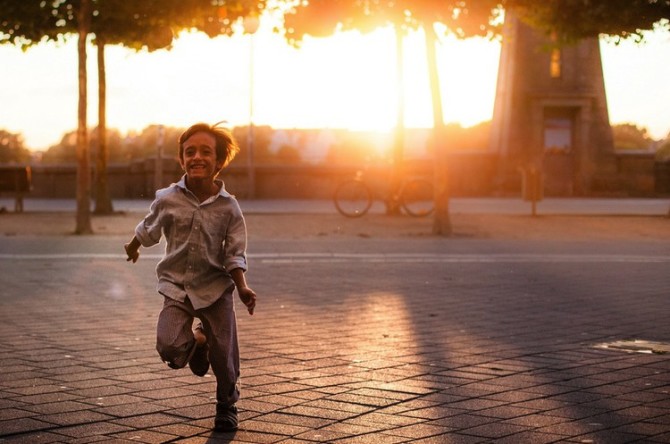 Do it. You can do it. Remember, you are capturing the zeitgeist, the beautiful side of life for future generations. No one is going to arrest you and the worst people could tell you is: please delete that photo.

Shoot! You will feel the adrenaline the first time you do it and the relieve after you’ve done it. It may be tricky the first time. Also the second, third and fifth time. But after a while you realized how little actually happens to you when you do it. So be the brave person you are and do it again and again till it can’t scare you anymore. Always look back on the journey you made from 0° to 180° and the courage it took you.

There’s nothing that can stop you, not even the remaining 45°. 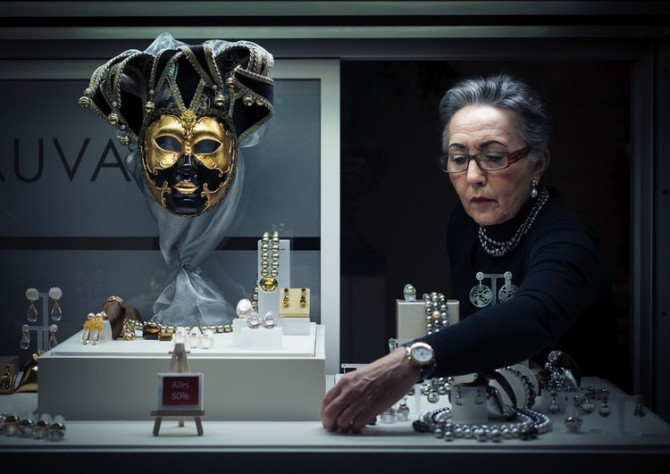 Although I always advise people to be honest and tell the truth, sometimes you just don’t feel like it. If you decide not to tell the person that you just took a photo of them, you can use one of my quick-and-dirty methods. Since I’m all for being confident and taking control, let’s use the Let’s Play Method. This technique takes a totally different approach then the other ones. Instead of leaving the ball in his or her court, why not keep the ball and start playing. Suze Orman once said “Recast your current problems into proactive goals” and that’s exactly what you will do.

Instead of waiting for your subject to approach you and confront you with what you just did, why not pass the ball first. Ask the person right away: “Excuse me, I’ve been looking for [a place around there] for the last 40 minutes, could you please help me?” or “Someone just stole my phone, where is the next police station?” Yes, you are lying, but if you desperately need to get out of the confrontation, it works. 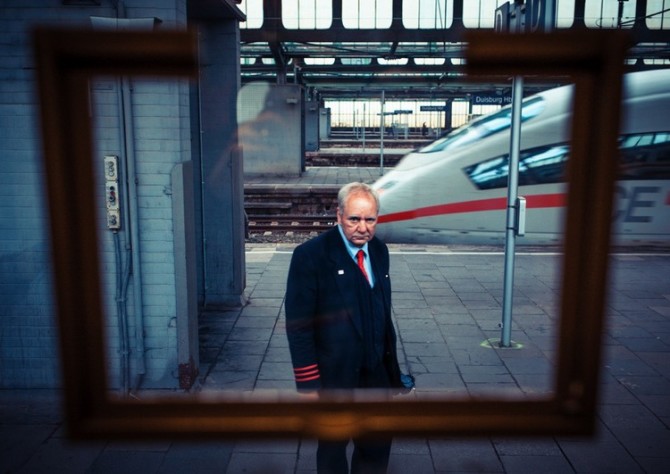 “Excuse me, I think my camera isn’t working anymore. Tried to take photos again for the last 15 minutes, but maybe my APS-C sensor [say something geeky no layman would understand] is defect. Do you know where the next camera store is?”

Believe me, they definitely won’t ask you whether you just took a photo of them, because first of all you just explained it and apparently your 1000$ camera just broke. You poor fella.

The Re-Compose Method To Become Invisible

The Re-Compose Method takes a similar approach as the Focus Switch Method, though it goes one step further. It’s slightly braver, but as or even more effective.

If you take a photo of someone who’s coming in your direction, look through the viewfinder and check whether he spotted you. In case you get the feeling that a confrontation might occur, do this: 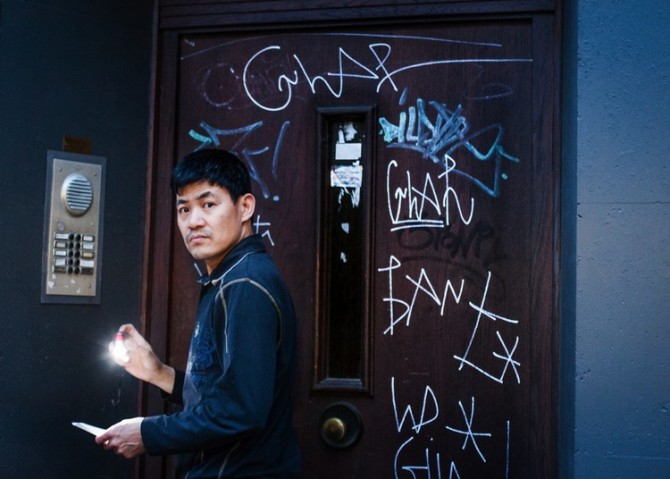 You just didn’t nail your “first shot” so you have to re-compose. Make it believable. Stomp your foot on the ground or whatever it takes to convince them. After a couple of seconds look through the viewfinder again to take another shot and maybe even take one.

Again, always keep your cool. Don’t sweat it. If you act shady and nervous, they will feel that something’s fishy. Go through the self-esteem techniques from the first chapter again to boost your confidence and your coolness. It’s mandatory for becoming invisible.

They will forget about the photo right away and you are good to go. Again, I’m not advising you to use this method, because I prefer the honest approach, but sometimes drastic times call for drastic measures. 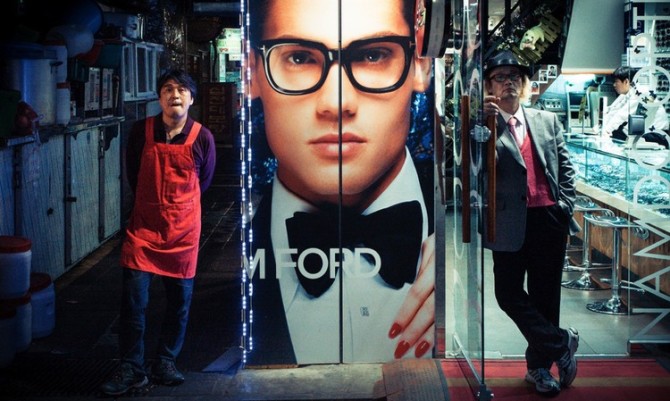 There are so many different methods for all sorts of situations, characters and of course photographers. It took me years to develop the 25 methods I’m using all the time, but these 3 will help you a lot already. Go grab your cam, go out there and capture photos you’ve never dared to take before!

Never forget: everything you want is on the other side of fear.

PS: In order to show you how depression feels like, how I overcame it and the fears that came along with it, check out the following video I made. It also shows three highly effective methods to overcome your fear of capturing strangers, becoming invisible on the street and handling any kind of confrontation.

If you want to learn more about the other 22 methods, Marius’ new e-book The Ultimate Guide To Overcoming Your Fear and Becoming Invisible is now available for purchase here.

Marius Vieth is a 21 times award winning fine art photographer focused on street photography from Amsterdam. He travels around the world to capture golden moments, manages his own International Fine Arts Label NEOPRIME. On top of that he writes books about how to become better in street photography, unleash your creative soul and how to live life as a fine art photographer. You can join him on the road less traveled on his website, Facebook, Twitter, YouTube, Flickr and Instagram. This article was originally published here, and shared with permission.

Is personal editing style as important as photographic style?
« Photographer Captures Her Daughter’s Imagination Through Inspiring Cosplay Photoshoots
Getting Married at New York’s City Hall? Joe McNally Will Take Your Portrait for Free »