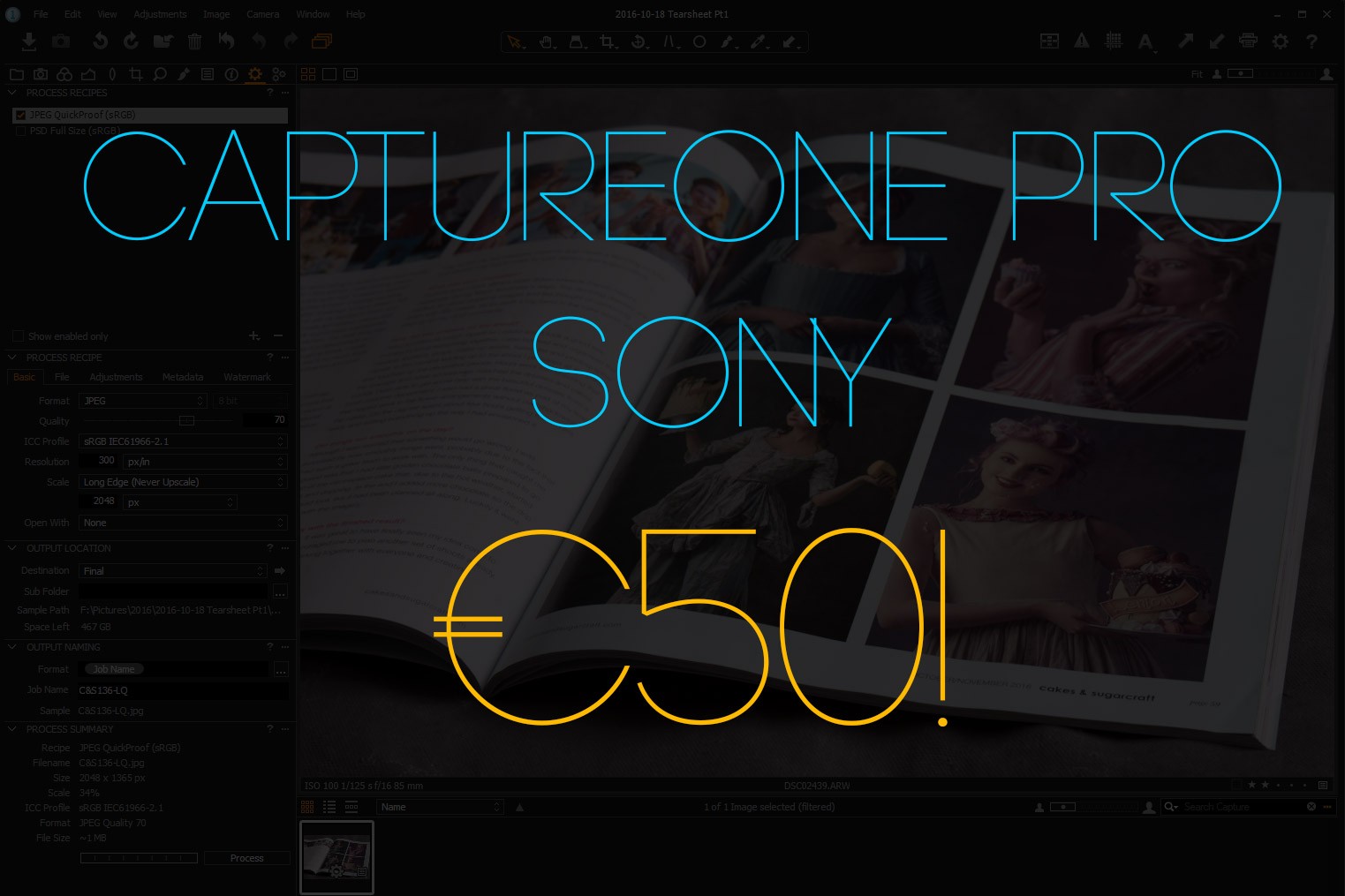 Gobsmacked at how much money I’ve just lost, I’m putting this out there to help you on your financial saving! I am legitimately gutted that other users out there aren’t benefiting from this, and spread this out to any of your Sony buddies. I’m assuming it’s something to do with Sony helping Phase with their sensors, so Canon, and Nikon, sorry, no luck on this one.

For a long time, I thought that the Sony version was limited in functionality. It’s not. It turns out you can “upgrade” to a Pro Sony version with all of the normal features except that it’s limited to Phase and Sony cameras.

Sony users can pick up your €50 treasure here.

hat tip to reader Exit138 n  for their awesome drop of the hat!