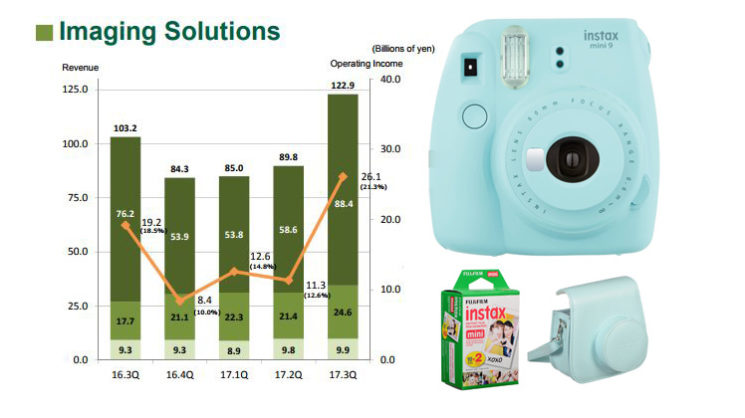 Fujifilm has recently released their FY2018/Q3 financial report, showing that the sales have increased over this period. Interestingly, it’s not their digital mirrorless cameras that boosted the earnings. It’s the Instax line of instant film cameras.

The report Fujifilm published contains a breakdown of the earnings. It reads that the revenue went up 15.6% when compared to the same period of the previous fiscal year. As for the photo imaging business, the report reads that the overall sales “increased due to favorable sales, especially in instant photo systems.” The report adds that the sales increased in the “Year-End shopping season.” In other words, it was thanks to the Christmas shopping spree that so many items from Instax series were sold.

Judging from the report, Fujifilm is doing well in other areas as well. But it’s interesting to see that Instax series of cameras and films, as well as their smartphone printer, helped Fujifilm boost the sales. With so many of these gadgets sold, I still wonder how come I never got one for Christmas.

« 5 top tips for actually improving your photography
This video was shot above fireworks and played in reverse, and it’s spectacular »