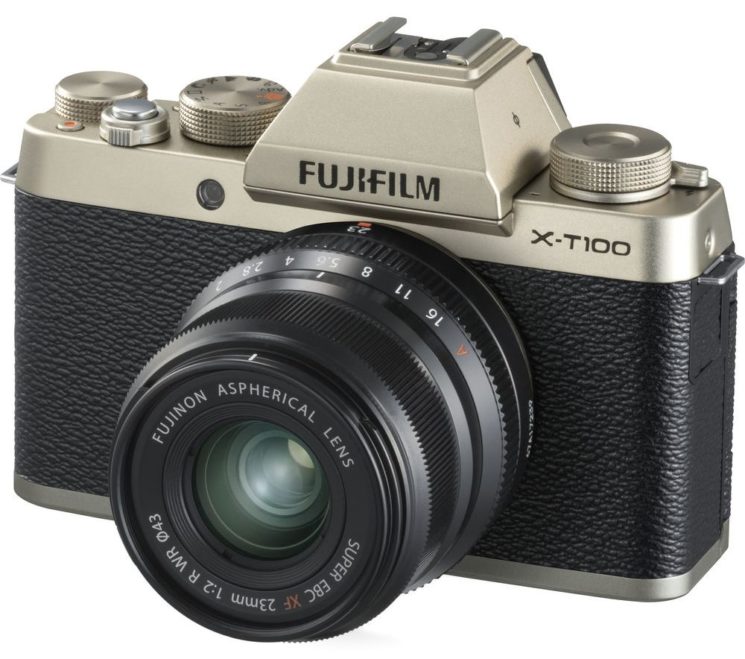 Fujifilm X-T100was recently rumored, and then specs and photos leaked only a few days before the announcement. But now it’s officially here: Fujifilm’s latest entry-level mirrorless camera is ready for preorders, and you can get it at a pretty reasonable price of $599. The exterior design is inspired by X-T20, but on the inside, it’s much more like the X-A5. Let’s dive in and check out the full specs of Fujifilm’s new camera.

The X-T100 is described as ideal for everyday shooting. Just like the X-A5, it has a 24.2MP APS-C CMOS sensor and a fast and precise phase-detection autofocus system. Since it seems aimed primarily at newbies, you can order it along with the XC 15-45mm f/3.5-5.6 OIS PZ lens.

Some things have been changed compared to the X-A5. First of all, the X-T100 comes with an electronic viewfinder. Then, while the burst mode still allows 6 or 3 fps, the buffer limit has increased. You can shoot 26 photos at 6fps, and 1t 3 fps, you can shoot until the card is full.

Fujifilm’s new camera is packed with a variety of creative shooting effects. It comes with a 0.62x-magnification electronic viewfinder, as well as a three-way tilting LCD screen. Apparently, Fujifilm also had selfie-takers in mind with the X-T100.

Here are the full specs and more photos of the camera: 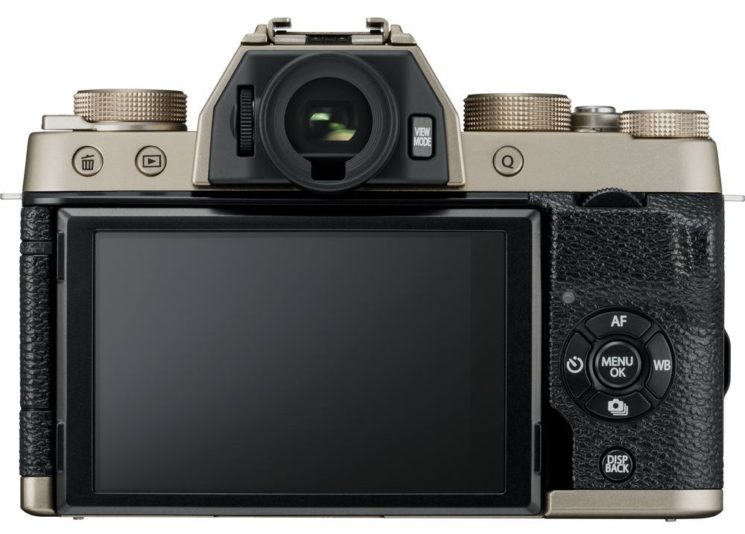 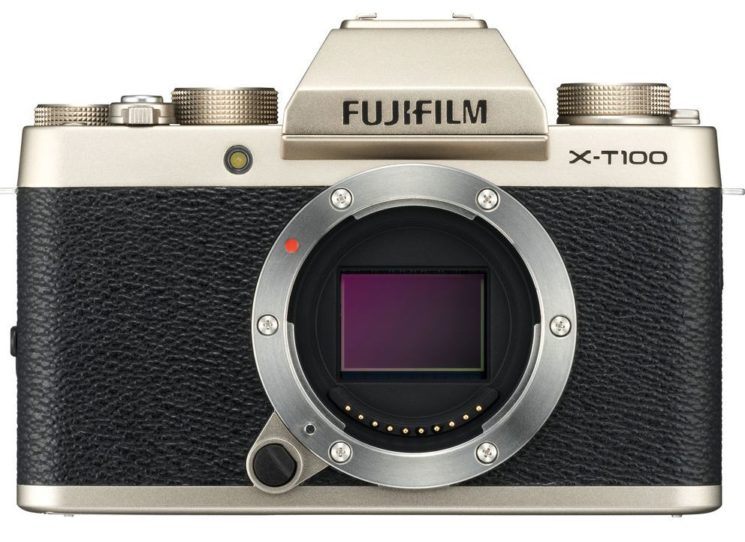 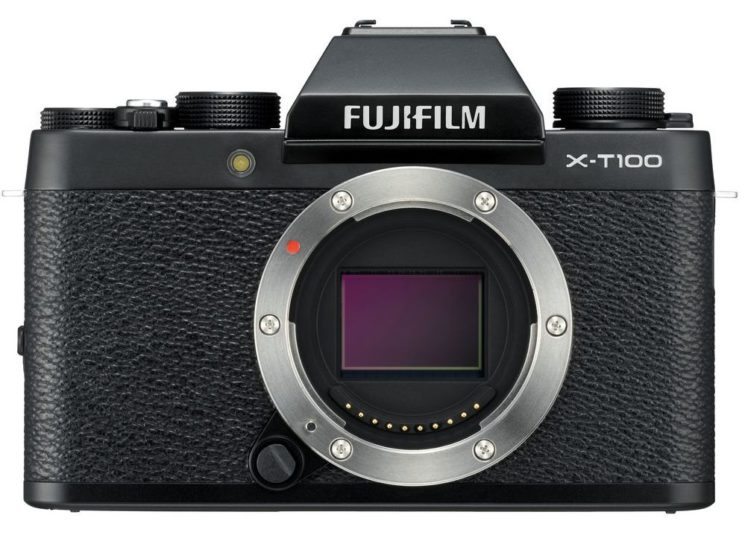 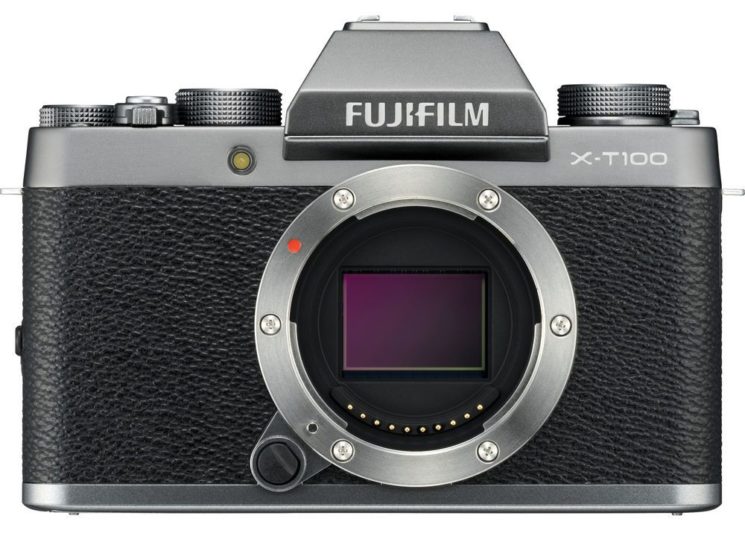 Fujifilm X-T100 is available for preorders and you can get it in three colors: black, dark silver and champagne gold. The price for body only is $599, and there’s also an option to get it with a 15-45mm lens for $699. The shipping is expected to begin on 18 June 2018.