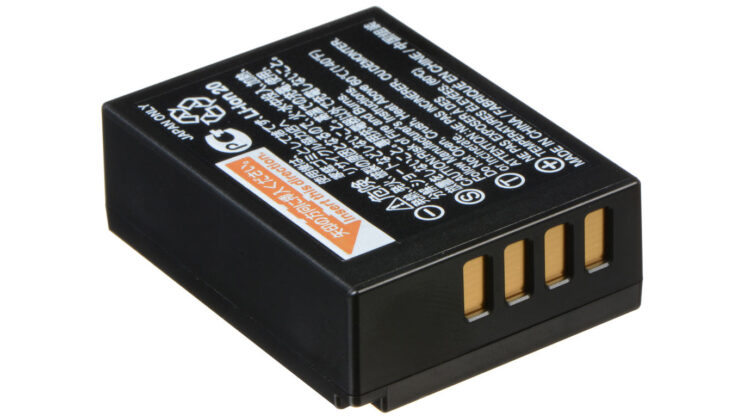 Fujifilm has updated their warning on counterfeit Fuji camera batteries that are currently floating around on the market. The warning was first issued back in 2015, letting people know that they should be using legitimate Fuji batteries and that the forgers are illegally using their logo and don’t conform the safety standards of Fuji’s own batteries.

The update of the warning suggests that counterfeit batteries are on the rise again, and that these fake batteries can potentially kill your gear or even start a fire – which we know lithium-based batteries are certainly capable of. And while the alert doesn’t say this, I suspect that if a 3rd party fake battery blew up your camera, it wouldn’t be covered by your warranty.

Thank you for your continued patronage of our digital cameras.

We have long requested that you use our genuine rechargeable lithium-ion battery when using our digital camera, but this time, we have illegally used our logo etc. to make our genuine product. It was confirmed that counterfeit products, which are very similar in appearance to the products, are available not only overseas but also on communication sites in Japan.

Many of the counterfeit products have a different shape from our genuine products, and many of them do not have sufficient safety mechanisms such as protective devices.If such counterfeit products are used or charged, the digital camera will not operate normally. , May cause a malfunction. It may also cause abnormal heat generation, liquid leakage, explosion or fire. In that case, not only the digital camera may be damaged, but also a serious accident such as a fire or burn may occur.

Please note that we are not responsible for any accidents or malfunctions caused by such counterfeit rechargeable lithium-ion batteries.

When using our digital camera, please re-use our genuine rechargeable lithium-ion battery, which we give due consideration to performance and safety.

We look forward to your continued patronage of our products.

If you’re not sure if your batteries are genuine, then check out this handy guide to spotting Fuji counterfeits. Fuji isn’t the only company that’s been subject to forgeries, though. Nikon released a warning in 2019 about fake batteries that even made it to big retailers like B&H. Canon, too, has had to deal with its fair share of counterfeit products, actually winning a lawsuit last year against fake battery sellers on eBay.

Have you ever been sold a fake battery?