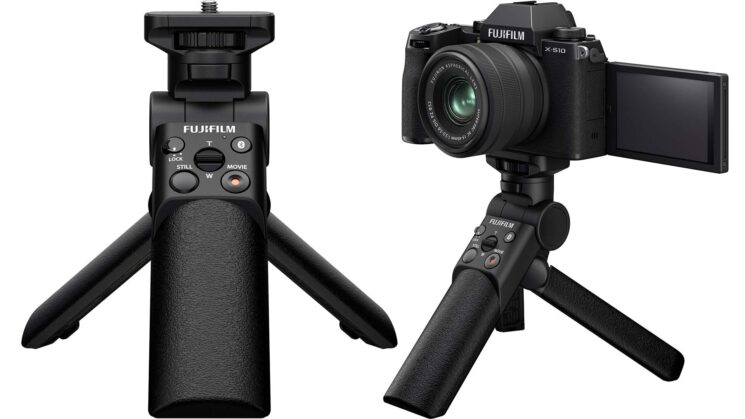 Fuji has announced its newest accessory for its range of mirrorless cameras, the TG-BT1 Tripod Grip. It’s designed for Fuji’s X series cameras to enhance mobility and ease of use handheld, particularly for video. It folds together as a handle, letting you use it for things like vlogging, with an array of buttons to let you control the camera directly from the handle and the legs also unfold to form a mini tripod.

Releasing such a device has become a common trend amongst mirrorless camera manufacturers as each company start to realise that vlogging is a thing for which people are using their products. We’ve seen similar products from Sony, Canon and Panasonic, and now it’s Fuji’s turn.

The Fujifilm TG-BT1 Tripod Grip communicates with the camera over Bluetooth, meaning there are no wires to deal with. It also means that you can use the grip to control the camera remotely on a tripod, slider, gimbal or other support systems. You don’t get a massive amount of control, though. You’ll still need the camera to change your settings, but it will let you start and stop recording video, shoot still images or adjust the zoom – with compatible lenses.

Its primary use, however, is going to be as a vlogging handle, allowing Fuji shooters to walk around recording themselves or their surroundings and being able to start and stop the camera without having to use both hands. You’re even able to shoot for TikTok, Instagram Stories and YouTube Shorts as it has an angle adjustment capability with a 90° lock for shooting vertical video. 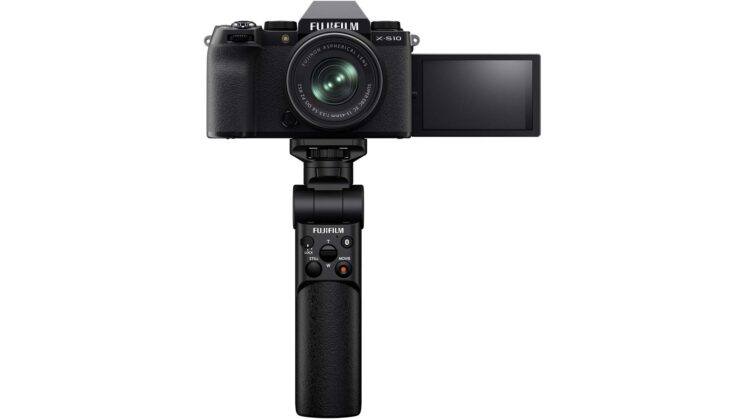 It’s compatible with a range of Fuji cameras including the Fujifilm X-T3, X-T4, X-T5, X-S10, X-T30 and X-T30 II. It’ll also become compatible with the Fuji X-H2 and X-H2s in the future, with a firmware update planned for release in January 2023.

Fuji says it features a “compact yet tough design”, measuring only 172.3mm tall with the legs retracted and weighing only 205.5g. It’s also weather-resistant, so if you’re using a weather-resistant camera and lens, you can shoot and vlog in tough conditions. It has a maximum combined load for your camera and lens (and any attached devices like a light or microphone) of 1.5kg.

The Fujifilm TG-BT1 Tripod Grip is available to pre-order now for $199.99 and is begins shipping in mid-December.

« Yongnuo announces the 16mm f/1.8S DA DSM autofocus lens for Sony E mount APS-C
This ultimate guide to frame rates takes you down a super geeky rabbit hole but you need to know this stuff »