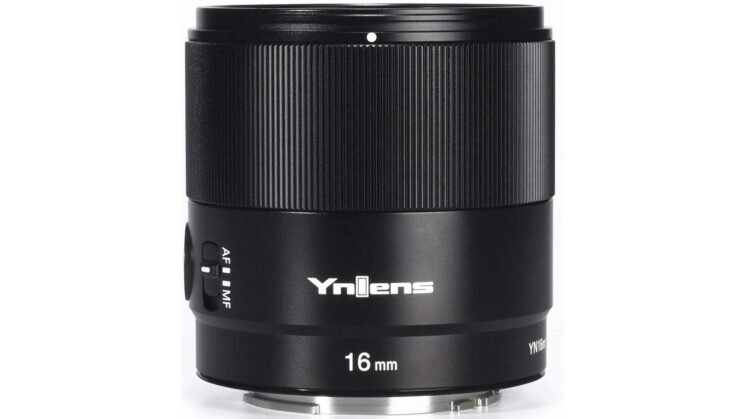 Yongnuo has announced the new Yongnuo YN 16mm f/1.8S DA DSM lens. This autofocus lens is available in both Nikon Z and Sony E mounts. The lens popped up on the Yongnuo website to absolutely no fanfare whatsoever, but it’s also available to pre-order in the USA for $288. It has a very minimal layout with just a single ring for focus, an AF/MF switch, a custom function button and a USB-C socket.

It features a quiet DSM stepper motor, which Yongnuo says offers “quick start-stop response, high focusing accuracy, smooth autofocus” that’s quiet enough to use for video. The Yongnuo website only lists the lens as being available for Sony E mount, although B&H lists it as being available for both Nikon Z and Sony E. There’s no dropdown list on the pre-order page, so I think it’s probably just Sony E for now. Amazon agrees.

The lens was initially teased a month or so ago, but the final specs and availability only seem to have been published now. As you’d expect from Yongnuo, it’s a fairly basic and inexpensive lens at only $288. It’s also fairly lightweight at only 273g and pretty plasticky looking. The samples shown off by Yongnuo, though, seem to present a pretty decent image quality – at least when it comes to video and timelapse.

Yongnuo says it supports both autofocus and manual focus, with a switch on the side to quickly flick between the two. Lenses feature nano-multi-layer coating to improve light transmittance and press backlight ghosts and flare. It uses an internal focusing system for optimum AF performance and aspherical, low-dispersion and ultra-low dispersion elements suppress chromatic aberration and other optical issues.

Near the mount end is a USB-C port, allowing users to upgrade the lens firmware as new ones become available. There’s also a custom function button next to the AF/MF switch that allows you to quickly recall special functions of your camera at the literal push of a button. The wide f/1.8 aperture lets you shoot in low light and the fact that it’s so wide means that you’ll still get a pretty deep depth of field once you focus more than a few feet away. A 7-blade aperture provides a 14-point starburst effect when shooting with light sources in the scene. 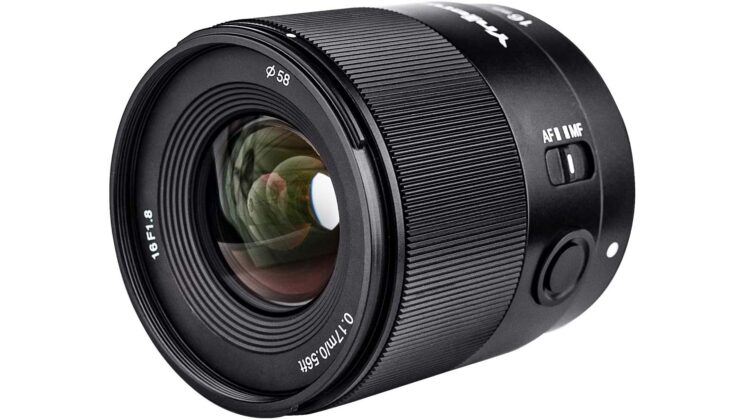 The Yongnuo YN 16mm F1.8S DA DSM APS-C lens for Sony E (and probably not Nikon Z) is available to buy now for $288 from B&H or Amazon and is expected to start shipping in late December.

Yongnuo has a new and updated version of their 85mm f/1.8 DF DSM lens on the way