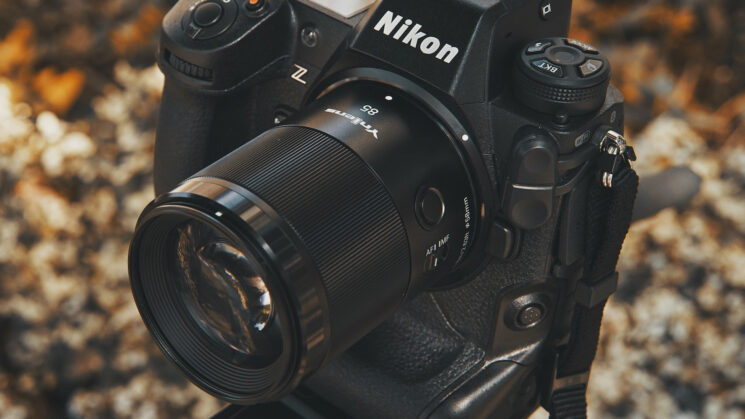 It looks like Yongnuo might be getting set to announce a few new lenses for Nikon Z mount after teasing the YN 85mm f/1.8 Z DF DSM on Chinese social media. Interestingly, despite posting this in February, Nikon Rumors reports that it’s expected to be officially announced “on the 31st of this month”. I’m not sure exactly where they’ve seen that date, but the teaser image is looking for users to help trial the lens at the moment.

So far, nothing appears to have been posted to Yongnuo’s Facebook page about the new lens, but it adds to the rumoured 50mm f/1.8 Z DF DSM and 20mm f/1.8 DF DSM lenses – the latter of which is also expected to come for Sony E mount – which leaked last month. 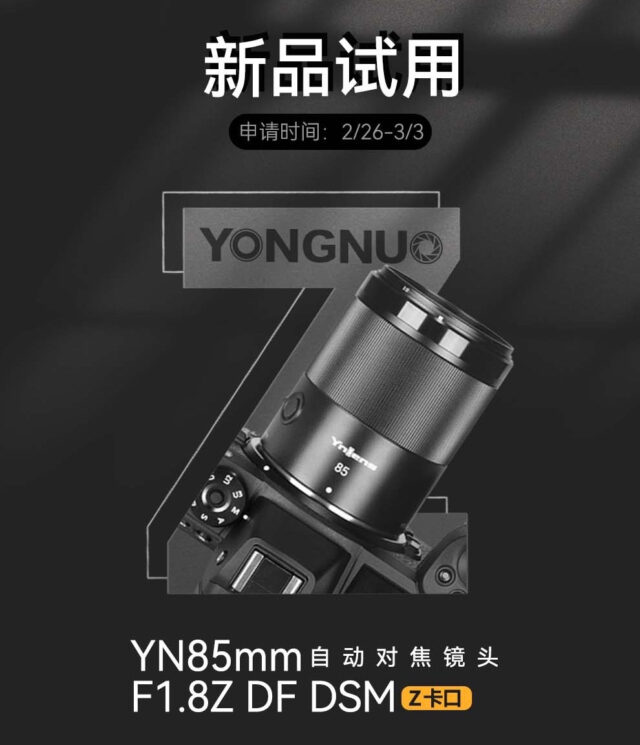 The translation of the teaser image says that this is a new product trial and that they’re taking applications for testers from February 26th until March 3rd. As to how one can apply, there are no instructions in the image itself. I can only assume that it’ll be through the Chinese social media channels to which Yongnuo posted the image – which hasn’t been cited in the posts I’ve seen about it on other websites so far beyond “Chinese social media”.

The 20mm f/1.8, 50mm f/1.8 and 85mm f/1.8 combo does make for an interesting lineup to kick off Yongnuo’s Nikon Z mount range. Hopefully, we’ll also see something around the 35mm mark as well when they officially launch, or soon thereafter. I wouldn’t expect miracles from Yongnuo in terms of quality, though. These aren’t likely to be high-end lenses, but it might be a nice inexpensive set for budget-minded Nikon shooters that don’t need the absolute best in image quality.

« Horrific graphic photos serve as a reminder to stop risking your life for a photo
Building your Fujifilm Photography Kit Part 3: Essential Accessories »