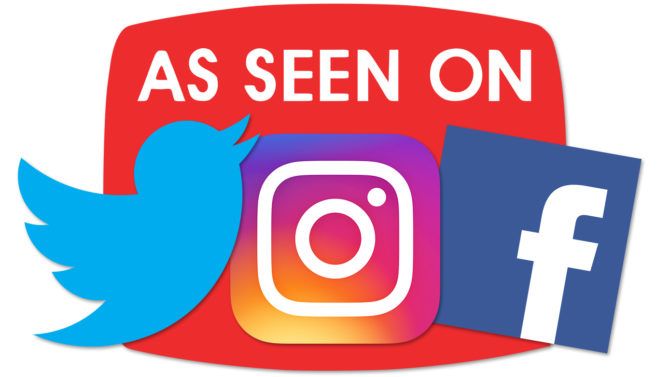 Bloomberg are reporting that the American Federal Trade Commission are cracking down on social media advertising. Users now must be very clear about paid product endorsements. Users are actually required to do this already, but few do. Many advertisers also request that the social media users not mention it.

It’s understandable why advertisers wouldn’t want the public to know. They want people to believe that somebody actually likes their product. That they love it enough to tell everybody how awesome it is. They also pay a lot more to those who don’t mention sponsorship. What I don’t see is how the FTC are going to be able to realistically enforce it.

An example sponsored post cited by Elle Australia is Octavia Spencer. In 2013, shortly after winning an Oscar, Spencer was asked to promote a weight loss product. Spencer did the ethical thing, declaring the post as sponsored.

walking thru the mall i hear: is that her, the lady from the Help, answr: No she's too "skinny". Thanks @SensaWeightLoss #MadeMyDay #Spon

Writing “#spon” on the post indicates that it was sponsored (although this may not be enough to keep the FTC happy). The advertiser didn’t like this and cut her pay almost in half. Of course, it was still a pretty good payday that most of us would’ve welcomed.

Had she not mentioned the sponsorship, it would’ve been a little shady, but who would have known? What if she genuinely used and enjoyed the product and wanted to tell her followers how awesome it was? Will one also have to start declaring “not sponsored” for products they genuinely like?

Bloomberg say that the FTC are putting the responsibility onto the advertiser, rather than the “celebrity”. This is could accidentally land companies in hot water if the user making the post doesn’t consider it an advertisement. They may not mention a “sponsorship” unless specifically directed to.

Implementing a note of sponsorship is another matter. Stating that your content is “paid for” in a video is easy. But how do you do it on somewhere like Twitter? Limited to 140 characters, you don’t get a lot of room to mention it.

There’s no doubt that not mentioning it is a dodgy strategy. Every week I see highly suspicious posts and videos in the photography world praising terrible products. Viewers get duped into buying them, only to find out just how bad they really are.

But how does one know when something is an undeclared sponsorship? How can one tell what’s a genuine like for a product? It’s still a very grey area. The FTC aren’t quite clear about what exactly constitutes a sponsored post. Some are obvious, while others can fall on either side of the undefined line.

It will be an interesting subject to follow, and I’m sure it will get extremely confusing along the way. If hired for a commercial shoot and want to show off on Instagram, do we have to declare it as a paid post? What about accidental inclusion of products in the background of a shot on our feed? Do those need to be declared as not paid posts to prevent the unwarranted wrath of the FTC?

They may sound like wild scenarios, but turn on a TV or pick up a newspaper. The world isn’t exactly all that sane these days.

Still, it’s nice to see that something appears to be getting done to clean up Internet advertising a little. Appear to be. Chances are, it’ll be business as usual for most of us and they’ll only go after the very high value targets.