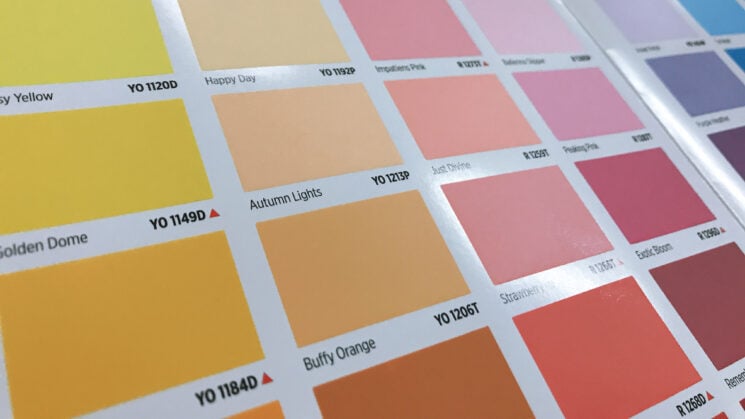 If you open up a PSD file and find areas of the image filled with black, your immediate reaction is probably to panic. But not to worry, if this happens there’s probably a very simple (yet costly) explanation. From now on, Adobe is no longer licensed to use Pantone’s colors.

So what does this mean exactly? Adobe has begun to phase out all the Pantone Color Books from its software which includes Photoshop, InDesign, and Illustrator. If you have any Pantone colors in your work, even in old files from 20 years ago, you will get a message telling you that areas that have those colors will be rendered in black.

Fun times ahead for #Adobe designers. Today, if you open a PSD (even one that's 20 years old) with an obscure PANTONE colour, it will remove the colour and make it black. Pantone want US$21/month for access, and Solid Coated goes behind the paywall in early November. pic.twitter.com/BUxzViYFaQ 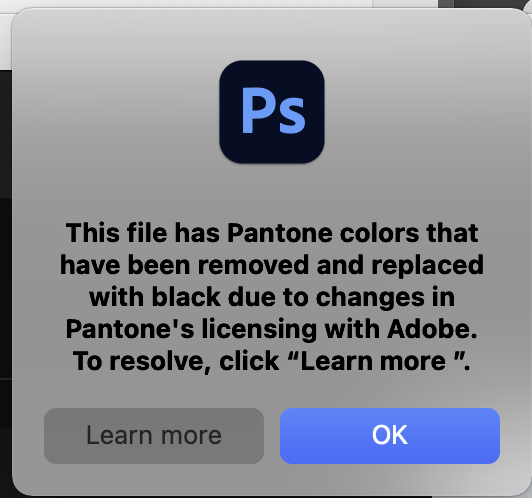 Pantone states in their FAQs that there should be “minimal impact on a designer’s workflow”. However, several users have already reported the Adobe pop-up informing them of the blacked-out areas when accessing files. Others have apparently even said that even with a Pantone license it still isn’t working.

It’s not ideal as you can imagine. However, there is a solution: you can subscribe to Pantone Connect for $15 a month. And there are rumors of other less ideal workarounds too, though, of course, we wouldn’t like to officially endorse those.