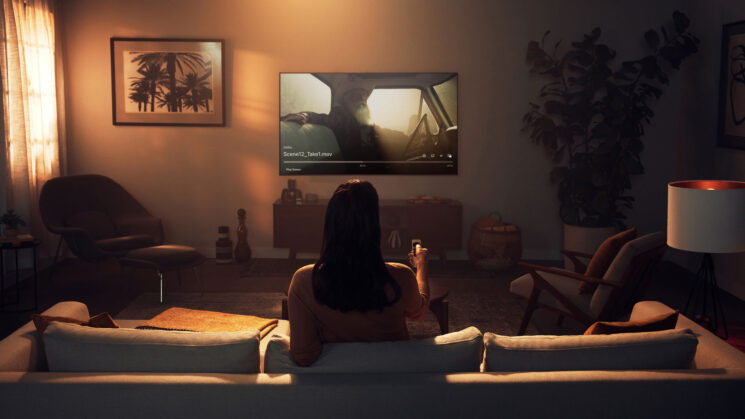 Frame.io’s Camera to Cloud is a way to allow easy remote collaboration on projects no matter how far apart people may be. Teradek has long supported Frame.io C2C and that support now includes the ability for the new Teradek Serv 4K to automatically send low-bandwidth, timecode 10-bit 4K HEVC proxies instantly to Frame.io. This allows for immediate editing and colour correction of dailies without having to wait for the final high-quality footage that can easily be swapped out later for final render and delivery.

There’s also the Atomos Connect for the Ninja V and Ninja V+ announced earlier, which allows you to integrate pretty much any kind of DSLR, mirrorless or cinema camera right into Frame.io using the monitor recorder you already own. You can read more about that announcement here. This allows you to start uploading low-bandwidth timecode-accurate proxy files of your footage while it’s literally still in the process of being recorded. 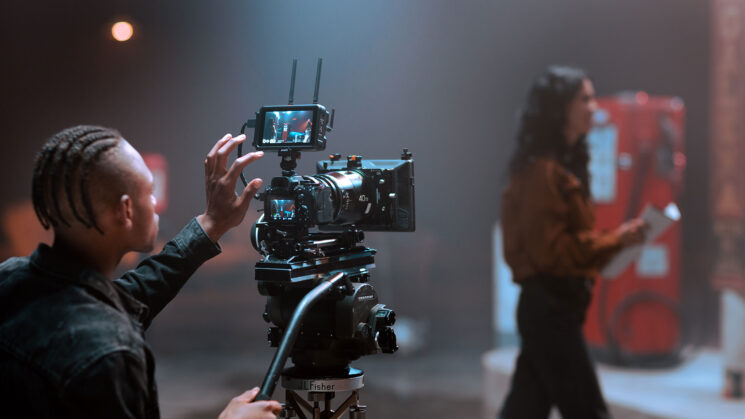 Enterprise customers get a new AppleTV app that allows you to view your footage right there on the big screen. Handy when you’re either sitting alone at home or in a room full of people and need an easy interface to sift through the dailies or watch through a rough cut of a scene. Hopefully, this is something they’ll eventually be able to expand down to smaller teams at some point. Not everybody’s at an enterprise level but would still find something like this very useful.

Frame.io is now also integrated into FilmLight Baselight colour grading system. Colourists can securely access the video clips, grade them and send them straight back out from their timelines, with directors able to add comments which get automatically synchronised back into Baselight’s timeline with timecode.

Digital Rights Management and Two-Factor Authentication have also been added to the apps for a more secure viewing experience preventing unwanted eyes from copying or even seeing your footage. It also prevents screen recordings and screenshots of footage as it’s being played on the mobile device’s screen. 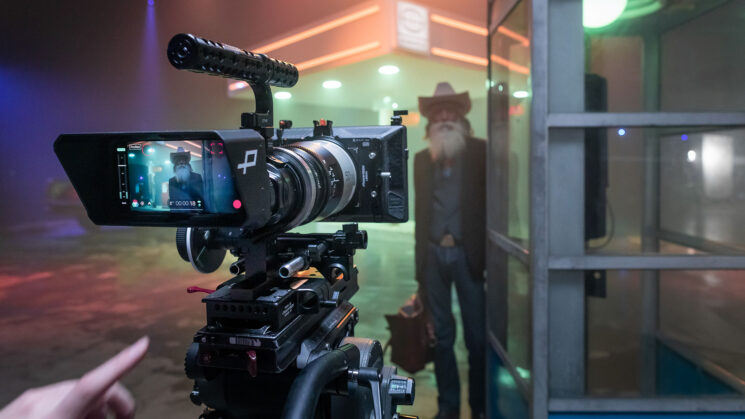 And speaking of mobile, Frame.io integration has now also been added into FiLMiC Pro. Yes, that’s right, the smartphone video app. And no, it’s not an Apple-only thing. It’s integrated for both the iOS and Android versions of FiLMiC Pro, letting smartphone shooters all over the world collaborate with each other easily over the cloud.

All this is in addition to Frame.io integration for Adobe’s Creative Cloud – which was inevitable, seeing as Adobe owns Frame.io now – allowing for easy collaboration within Premiere Pro and After Effects. You can find out more about today’s announcements and availability over on the Frame.io blog.

« Eight photography podcasts you should follow for inspiration and education
Canon jumps on the Frame.io Camera to Cloud train adding support for C300 III and C500 II cine cameras »