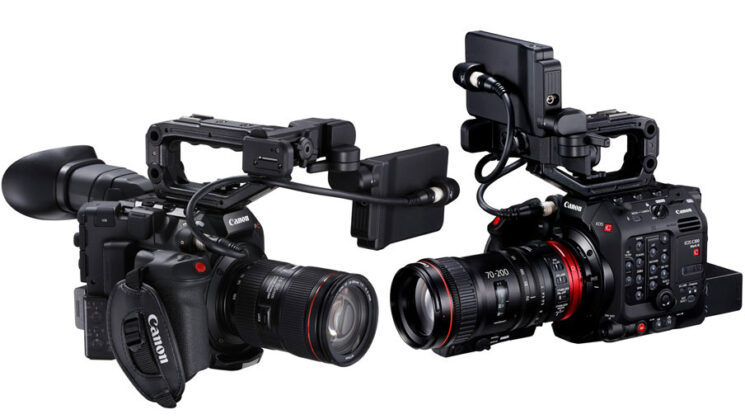 Just when I thought I could write about something else today, Canon pops up to let us know that they’re announcing a new firmware update for the Canon EOS C300 Mark III and EOS C500 Mark II digital cine cameras. What does this new firmware do? I hear you ask… Well, it adds support for Frame.io Camera to Cloud (C2C). Frame.io C2C allows for lower bandwidth proxies to be beamed over to remote editors across the Internet for collaborative workflows.

You will still need a 3rd party encoding device in order to be able to actually send this footage out to people as the cameras don’t natively have any kind of Interner connectivity, but the new firmware update will provide support for such devices. You’ll have to wait a little while for it, though, as it’s not being released until the end of May. Here’s Canon’s complete press release.

Transferring footage from camera, from on set or location, into the post-production workflow traditionally requires backing up files to a hard drive and carrying or shipping the drives to another location to be ingested for post. C2C workflow sends secure high-quality, low-bandwidth H.264 proxies, 4K 10bit 4:2:2 H.265 (HEVC) files and uncompressed audio files with matching timecode and filenames to the Frame.io cloud platform. Frame.io® is now an Adobe® company.

Using a third-party Wi-Fi, 5G or LTE streaming encoder connected to the camera output, Frame.io C2C workflow can automatically distribute clips to editors (or anyone else who needs them) the moment the Director calls “cut.” This enables immediate review of footage on an authorized user’s device on or off set, anywhere in the world, empowering all stakeholders to watch production and collaborate in real-time.

Canon says that the new firmware update for the Canon EOS C300 Mark III and Canon EOS C500 Mark II to add support for third-party encoders for Frame.io Camera to Cloud is set to be available at the end of May 2022.

« Frame.io adds Camera to Cloud support for Atomos, Teradek, FiLMiC Pro, Apple TV and more
This 12-minute talk will help you embrace fear as a photographer »