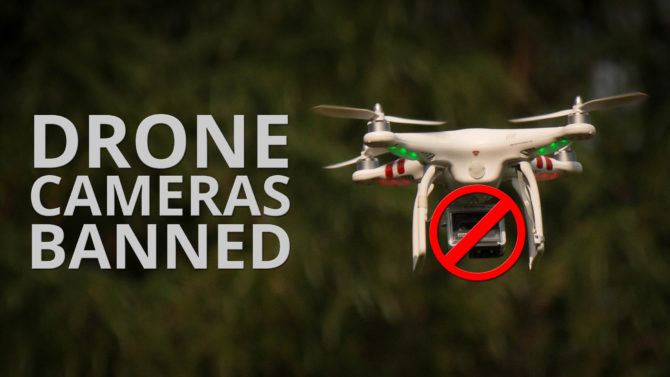 First reported by Swedish newspaper Aftonbladet, the country’s highest court ruled on Friday that it is now illegal to fly drones with attached cameras in public places as they qualify as surveillance cameras. It’s a huge blow to Sweden’s hobbyist drone community.

Hobbyists in Sweden are understandably upset, and the initial reactions are about as would be expected. Now, to fly a drone on public land would require a CCTV permit as if you were monitoring a camera mounted on a pole in a city centre. You’ll need one of these permits each time you wanted to go out. Each permit comes with a cost and no guarantee of it being granted.

There is no reasonable expectation of privacy in a public place in Sweden. Shooting photographs or video from the ground of a person in public requires no consent. Publishing that content doesn’t require permission, either. The new categorisation of drone cameras as “surveillance” cameras puts them under the same regulations as the CCTV cameras you see on most street corners. Operating one without a permit could now carry a fine or up to a year in jail.

Some have suggested that the law may not easily be enforceable. Drones can still be flown without cameras, but when they’re up high in the air, it’s almost impossible to tell if there’s a camera attached sometimes. Of course, uploading footage to YouTube would probably be considered pretty damning evidence.

What about drones that have built in cameras that can’t be removed? What about FPV? Even if you’re not filming footage for your latest vlog, recording FPV while practising with your racing quads on public land would also be illegal.

Interestingly, dashcams and bicycle or motorcycle mounted cameras are not considered surveillance camera, due to their proximity to the user. Even though the principle is basically the same in reality. But, throw your drone up in the middle of a public field to capture a sunset? Nope, not without a permit.

This is likely to impact sales of drones in Sweden pretty severely. There’s nothing stopping you buying a Phantom 4, Typhoon H or most other drones in Sweden. But, people aren’t going to buy them if they can’t fly them. This doesn’t just affect hobbyists, but also many businesses. Accident investigators, the media, and other businesses who rely on drone footage will also need these permits if they want to do their job on public land.

A lower district court in Sweden had previously ruled that drone cameras are not classed as surveillance cameras. That decision has now been overruled. No doubt there will be an appeal against this ruling, and hopefully the regulations will change. If it sticks, it sets a bad precedent that may start to pop up in other countries.

It seems the much criticised EASA regulations aren’t being implemented soon enough for some countries. Nor are they anywhere near harsh enough, apparently.

Is this the beginning of the end for drones in Europe? Or will this be appealed and beaten before it starts to spread? Are you a Swedish drone pilot who’s been affected by this ruling? Have you sold up your kit yet? Or will you keep flying and filming anyway? Let us know your thoughts in the comments.

Adobe Creative Cloud increases prices in the UK and Sweden