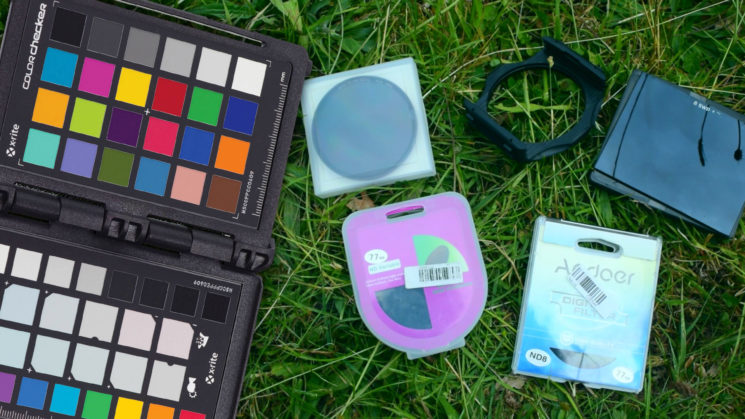 Recently, I posted a video on my YouTube channel on profiling my phone’s cameras. I do this because I like shooting DNG and then processing on the desktop. But the video raised a question from a couple of people about whether the X-Rite ColorChecker could fix the colour cast with long exposures using neutral density filters.

It’s something I’ve wondered myself. I don’t really shoot a whole lot of long exposures with neutral density, so I never got around to testing the idea. I have now, though. In this video, I compare three pieces of glass for long exposures. The B+W 10 stop ND, a very cheap Andoer variable ND and a piece of welding glass.

So before we get into it, a few things surprised me about this test. In fact, I was surprised in some way by all of the filter results. Yes, I know, the welding glass isn’t really a filter, but for the purposes of this article, I’m calling it a filter. And it’s a pretty common introduction for new photographers who want to have a play with long exposures without putting out a huge expense.

The first surprise, though, was how little colour cast I saw with the B+W 10 stop. There’s definitely a little, and if you’re not colour blind and have a well calibrated monitor, you can notice it, but I expected it to be more – especially as it doesn’t compensate for infrared. Of course, they were relatively short exposures of only 6 seconds. So, the balance of infrared vs visible light wasn’t as off as it would’ve been in something like a 30 or 60-second exposure.

What also surprised me was just how bad the Andoer variable neutral density filter was. I knew cheap variable NDs would exhibit the dreaded X phenomenon and other weird cross polarisation issues if I went with a wide angle lens, so I used a Nikon 50mm f/1.4 for these tests on a Nikon D7000.

When I originally bought the Andoer filter, I suspected it was going to pretty bad at that price, but I’ve been using it now for about a year for video, and it’s been surprisingly good. But then, for video, I’ve only had it down 2 or 3 stops usually. For this test, it was all the way down to its maximum. It claims that maximum is ND400 (8 2/3 stops), but it was really more like 10.

The welding glass was as bad as I anticipated. It has a terribly green colour cast, no surprise there. But what did shock me were the results I saw after profiling it with the X-Rite plugin. But we’ll get back to that.

The basic process for profiling when using any kind of filter is essentially the same as profiling the camera normally. The only real difference here is that with neutral density filters, you have to take the shutter speed into account. Typically, the shutter speed will affect how much of a colour cast you see in the resulting images.

In each of the comparisons below, the “Before” image is using the standard Adobe Standard colour profile that comes with Lightroom & Adobe Camera RAW. The “After” image is the profiled version of that image. In both the Before and After images, the white balance has been corrected using the neutral colour swatch on the ColorChecker.

So, first up, the control. This is the Nikon D7000 with the Nikon 50mm f/1.4D AF with no filter whatsoever. No real surprise here. The Adobe Standard profile is about as bad as I’ve come to expect. The ColorChecker profile gets the colours looking as they should, and this image illustrates why I use the ColorChecker to profile my cameras in the first place. It helps to bring them all to a consistent starting point. 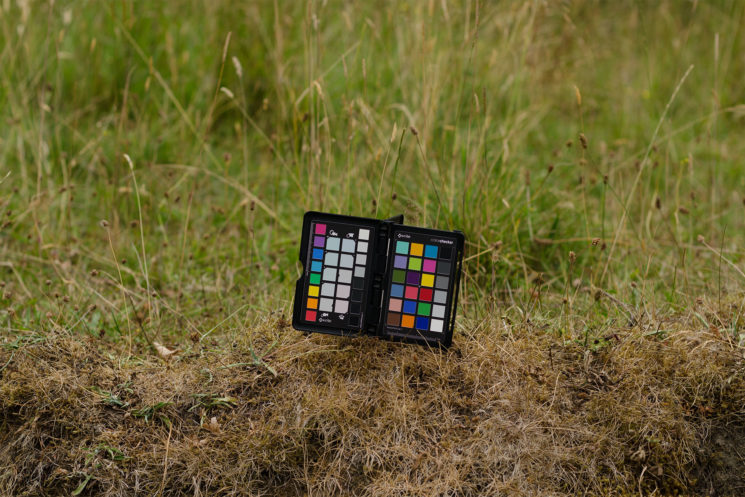 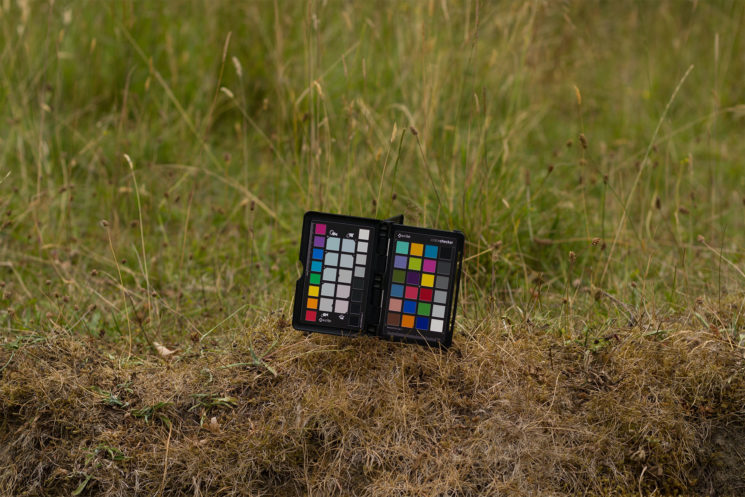 The second pair of images is using the B+W 10 stop neutral density filter. To compensate, the exposure was bumped up to 6 seconds. Again, the shot on the left is using the Adobe Standard profile with just the white balance corrected. The image on the right is using the profile created from that image. With a much longer exposure, the colour cast would be more severe. 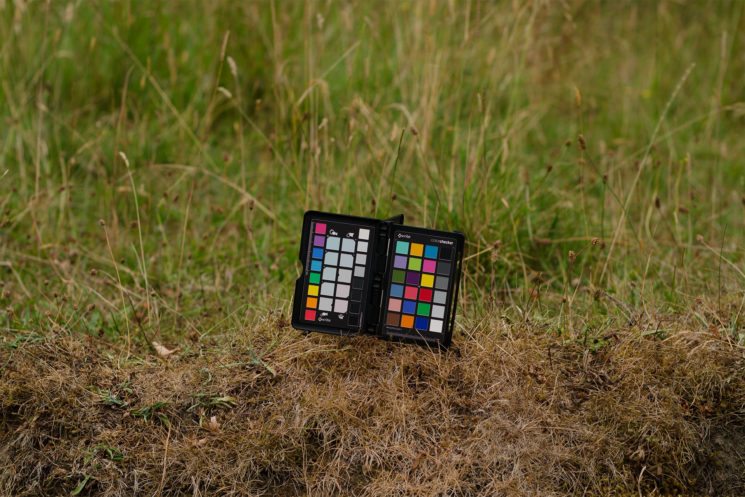 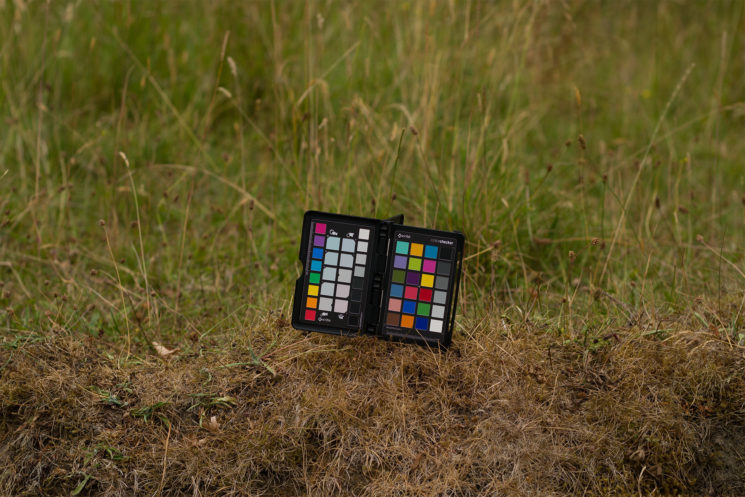 This set of images is where I started to really be quite surprised. Like I said, this was a very cheap variable ND filter. I got it purely because it was cheap and I was curious just how bad it would be. But for the last year shooting video, it’s actually impressed me.

With 1/50th of a second exposures at the 2 or 3 stop setting, it’s not that bad at all, really. But, stopped all the way down, the issues become quite obvious. The contrast is very low, the colour is noticeable off, even on a bad monitor, and the ColorChecker can only really compensate so much. 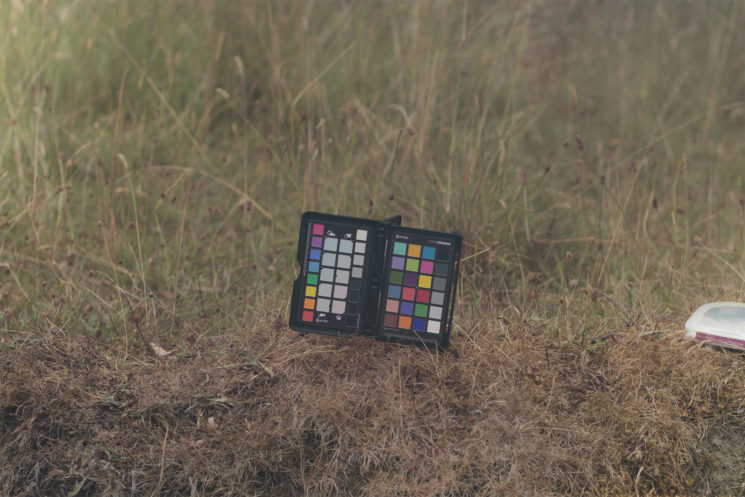 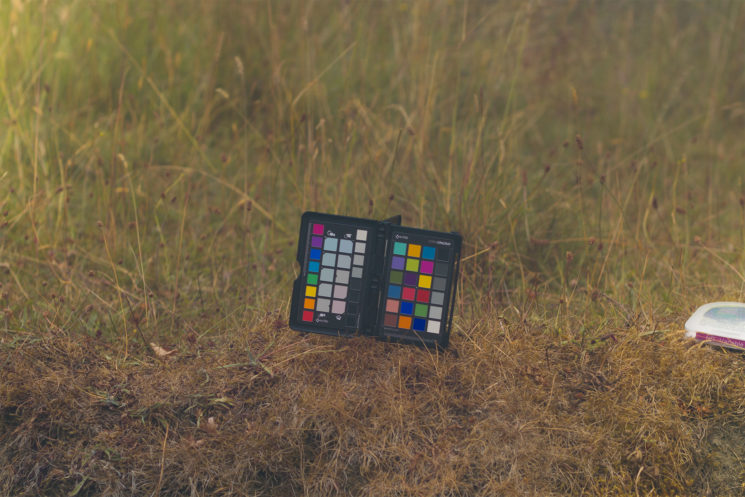 Now we get to the welding glass. I knew that simple white balancing would not completely correct for the extreme green colour cast with this, but I was quite impressed by how well it did just using the default Adobe Standard colour profile.

What really surprised me here, though, was that the ColorChecker profile actually seemed to make everything look worse after the profile was applied to the shot. 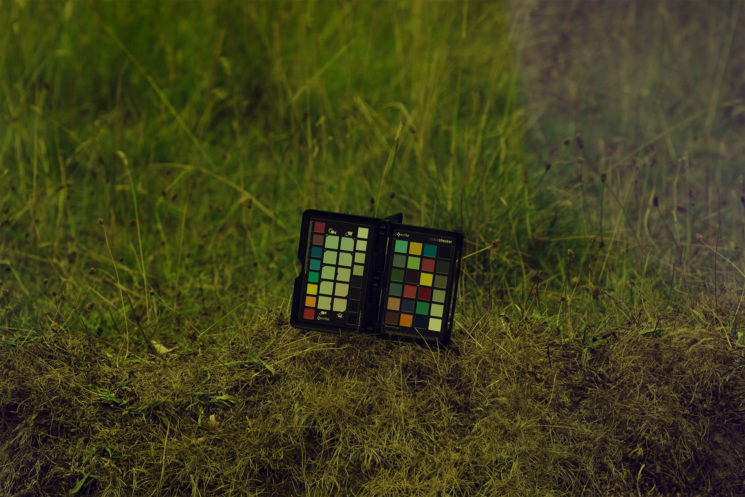 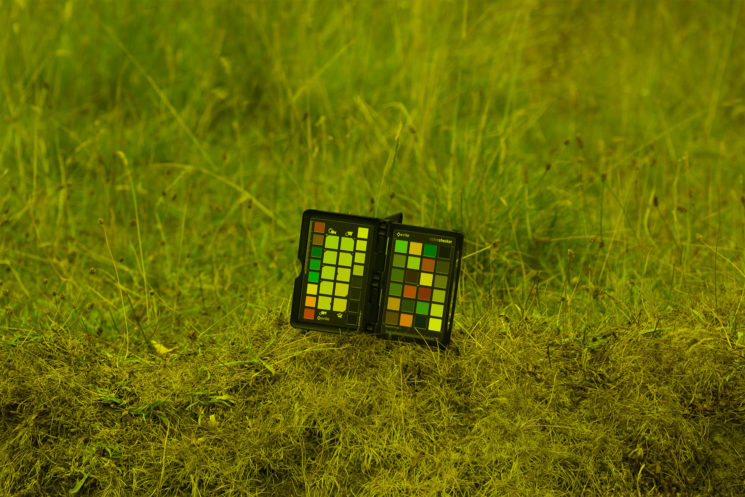 You’ll also note that in the top right corner of the welding glass shot, there’s also some kind of weird ghosting effect in the “Before” shot. This could be internal flaring from the exposed edges of the glass, as it’s sized to fit into a Cokin P holder. To prevent this issue, cover up those exposed edges with gaffer tape.

If you can’t find a piece of welding glass to fit in a standard filter holder, you can always use rubber bands to attach it. And you’ll definitely want to tape up the edges.

While the results with the cheap Andoer variable ND and welding glass were obviously less than desirable, the B+W was pretty spot on after profiling. And although this was a pretty limited test with only three filters, it does let me draw something of a conclusion.

In the case of the variable ND, with some more tweaking in the raw file, you could probably get fairly close to something resembling the original shot, but I don’t think it’ll ever be perfect. That’s a whole lot of time and effort, though. Time and effort you could save if you’d just bought a quality ND filter to begin with.

As for the welding glass… Well, you’re probably better off just sticking with the Adobe Standard colour profile and converting to black and white. Strongly tinted glass like welding glass simply doesn’t allow certain colours to pass through. So you can never really get them back in the photo without a whole lot of Photoshop work.

Ultimately, the only way to know if it’s going to just have to give it a go and test for yourself to see if it’ll work. But I’d still suggest getting the ColorChecker anyway for your regular photography. It really can make a big difference.

« The Steadify claims to replace all your tripods and monopods
Is it still worth using neutral density over HSS with today’s flash tech? Probably not »