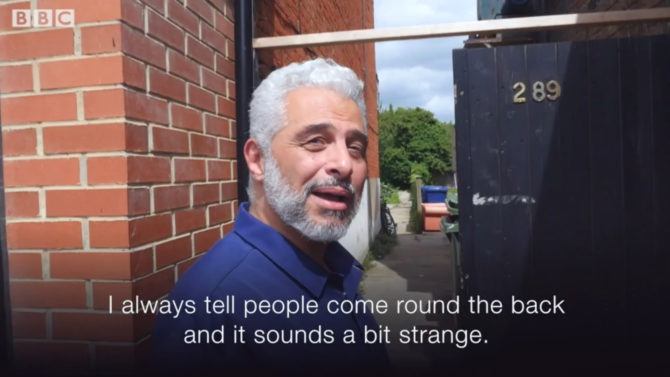 The last place most people would expect to find portraits being shot is behind the back of a fish and chip shop. But, thats’ exactly what happens at Kazam Hakimi’s place on Oxford’s Iffley Road.

He started his OX4 project, named after the area’s postcode, to create a “tapestry” of the characters that frequent his business.

Kazam started the project as a way to keep doing photography while stuck working in the shop. It doesn’t leave him a lot of free time to go out and shoot. This gives him a way to shoot and have a record of his friends and customers.

The portraits are made while their order is cooking. He says that he spends a maximum of a minute on each shot so that the food doesn’t burn. Usually it’s one or two shots and over in 15 seconds. 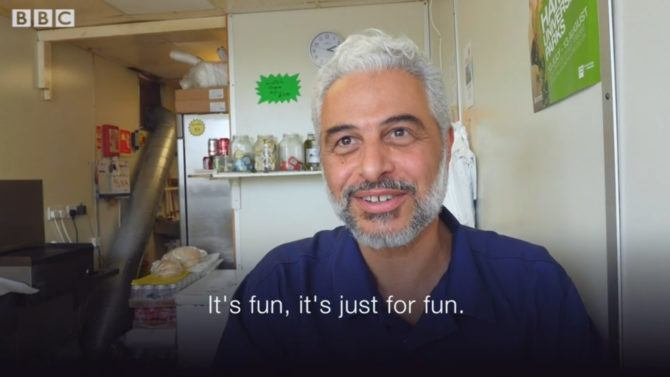 It goes to show that if you put your mind to it, you can find things to shoot. Even in the most unlikely of circumstances there are workarounds. Kazam found a way to keep his passion and isn’t making excuses. So, what’s stopping you?

Do you feel held back and unable to shoot as much as you’d like? Why? What are you doing to fix it? Is your portrait in Kazam’s book? Let us know in the comments.