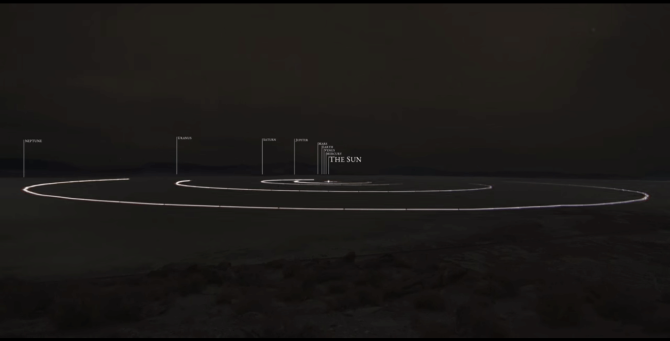 Not that using timelapse photography techniques to capture the abundant natural beauty found here on earth isn’t awesome, but this use of the technique is pretty incredible in it’s own right.  When two filmmakers, Alex Gorosh and Wylie Overstreet, decided to make a to scale version of our solar system–something that had never been accurately pictured prior to the timelapse you’re about to witness–they headed to Black Rock Desert, where they found all seven miles of open land they’d need to pull the timelapse off.

To Scale: The Solar System

Here’s the clip. The actual timelapse footage dosen’t start until near the midway point–the rest is an explanation and some behind the scenes shots, which I personally found to be equally fascinating…

And if you want to know even more about how they made the magic happen, check out his making off video: