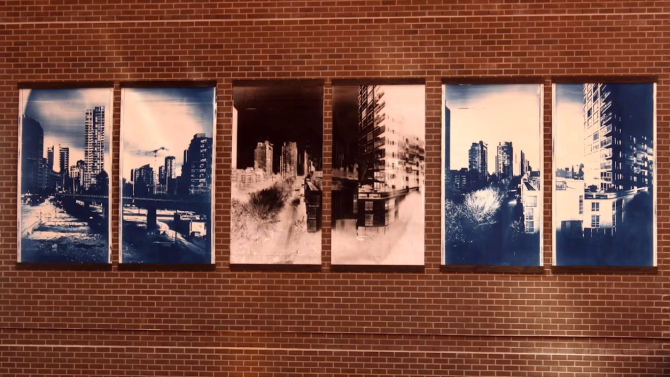 Joel Nicholas, a Vancouver based photographer, has been up to something really cool. He’s been working on a photo series called Blueprints for Observation, where he transformed an old downtown self storage building into four different camera obscuras: one each on a north, east, south, and west facing wall. The storage facility was destined to be demolished, which provided Nicholas a little more freedom to really take his build to the next level. By building blacked out rooms on the interior of the storage facility and drilling a tiny aperture into an 8-inch thick wall of reinforced concrete, Nicholas was able to capture a near 360-degree view of Vancouver using his gigantic “disposable camera”.

And from a giant camera, comes giant negatives. World record setting giant negatives. Though he didn’t realize it until it came time to install his negatives and prints for their opening show, Nicholas had created the world’s largest negative–a fact that was confirmed by the Guinness Book of World Records. Pretty neat! Because the lithographic film was so large, Nicholas had to use sprayers to develop it, as well as constructing a DIY UV exposure unit which he needed to make the finished cyanotype prints.

As you can imagine, constructing the camera obscura and making the prints was no walk in the park and didn’t come without any setbacks. You can hear more about the experience and take a closer look at how everything was done, here… 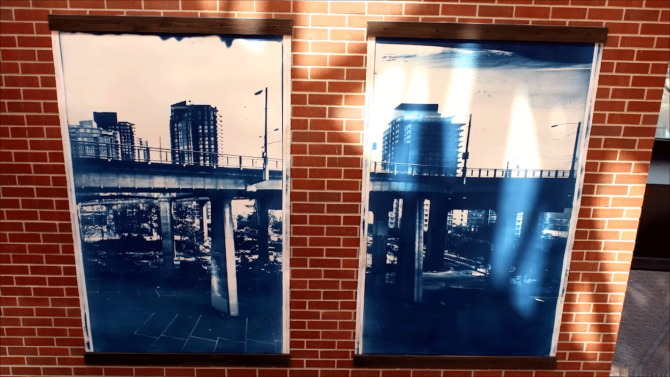 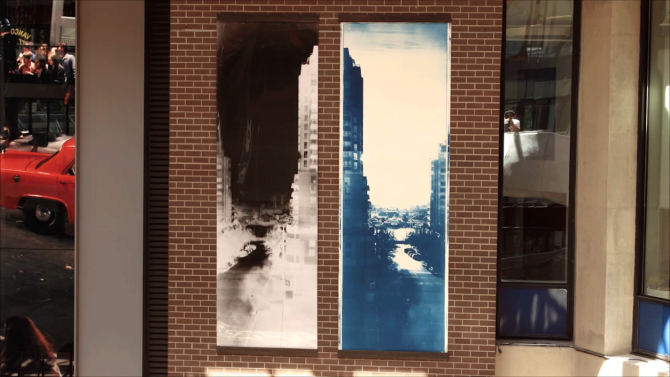 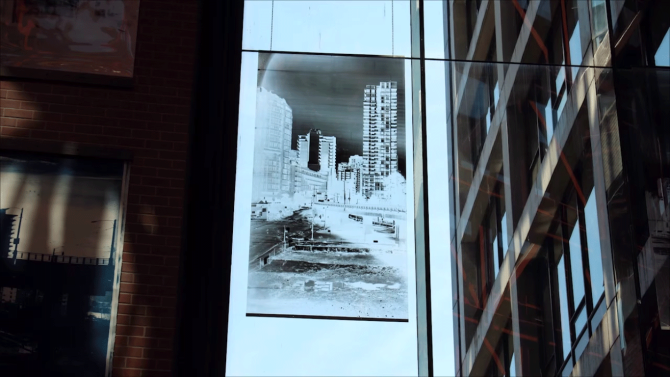