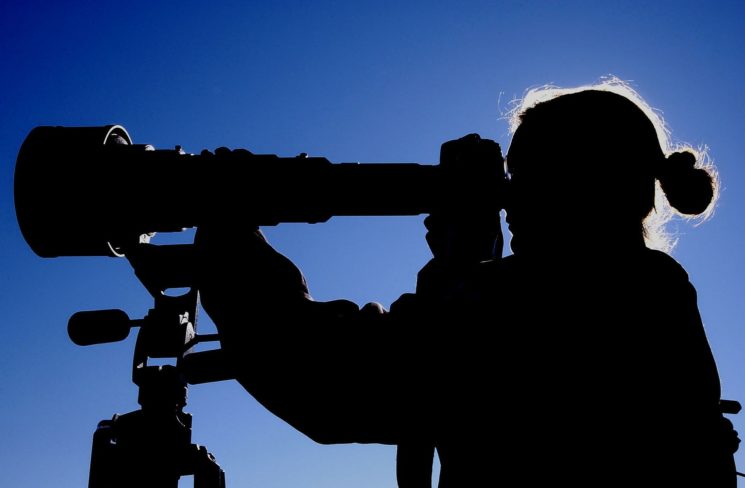 In Iran, women are banned from attending soccer games. But a 26-year-old photographer Parisa Pourtaherian didn’t let it stop her. During a match in Vatani stadium in Ghaemshahr, she climbed a nearby rooftop and photographed the game with a telephoto lens. And by doing this, she became the first woman Iran to cover a national league game.

Pourtaherian told The Guardian that the idea came to her when she saw the photos from the previous league’s season. There were photos of people watching the game from their rooftops, so she figured that she could take photos from a rooftop, too. So, she came to the area three hours before the match started. She was searching for someone willing to let her climb their rooftop and photograph the game, but no one accepted. The search took her hours, and she missed almost the entire first half of the match. But eventually, she found a homeowner willing to let her take photos from their rooftop.

The position of the building wasn’t ideal. There was a big tree partially blocking the view, so she couldn’t get all the photos she wanted. However, she still managed to take some great shots and she says she’s happy that she was able to cover the second half of the game.

While Pourtaherian was taking photos, fellow male photographers on the ground noticed her and her telephoto lens on the nearby roof. They photographed her; the photos got published on the national news agencies, and they went viral inside Iran. As The Guardian writes, the ban of women from soccer stadiums is a hot topic in Iran. Over the past few years, a number of women have reportedly been arrested or removed from stadiums because they had disguised themselves as men to attend the game.

Parisa Pourtaherian told The Guardian that volleyball, basketball and athletics matches allow women at the events. However, the rules are still strict when it comes to soccer. But the young photographer found her way to cover the football match. I believe she was led by her strong passion for sports and photography, but maybe also by the feeling of rebellion. She said that her wish is for the women to be able to cover football matches along with their male colleagues. Also, her personal wish is to cover a Manchester United game someday. Judging from her persistence, devotion, and passion: her dream will come true, and I’ll keep my fingers crossed for her.

The new Atlanta Falcons stadium has an aperture roof

« Two families got in a fight in Rome over the perfect place for a selfie
DaVinci Resolve 15 final released, comes with Fusion integration and massive performance enhancements »