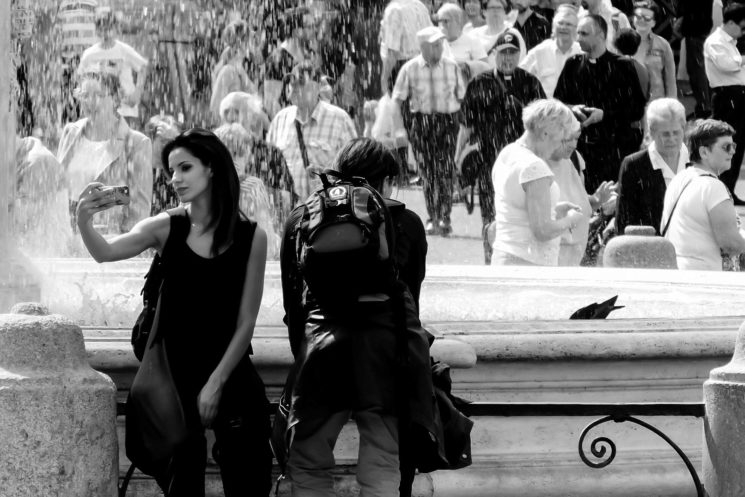 What’s the best way to ensure that you’ll get the perfect selfie at a famous landmark? Well, smack whoever tries to take that ideal spot you picked! Of course, I’m not being serious here, but two women at Trevi Fountain in Rome actually got into a fight over a selfie. And what’s more, even their families got involved and the police had to intervene.

The Rome police department published on their Facebook page on Thursday that it all started a 19-year-old Dutch girl and a 44-year-old Italian-American began to quarrel. Reportedly, the argument started when both women wanted to take a selfie from the exact same spot, as both of them believed that it would be the best angle to capture the landmark behind them. The arguing soon turned into a fight, and then their family members joined them.

Shortly after the fight started, two policemen came to the scene, trying to calm the families down. As the Rome police department reports, this only resulted in truce that lasted for a few minutes, and then the two groups continued to fight. It took two other patrols to stop the fight and calm the tourists down. According to the Facebook post, nobody got seriously injured in the fight, but the local authorities have charged both groups for violence.

So, the two women were fighting over the perfect place for a photo, and then none of them got to take the photo. They ended up with bruises, scratches, and fines instead. Such a shame they don’t have a perfect selfie from Trevi Fountain to post on social media. But hey, at least they can share that photo where they’re fighting to prove to their friends that they were in Rome. Always look on the bright side of life.

This hyperlapse is a perfect walk along the streets of Rome

« Stop asking others for opinion, it doesn’t help your photography
Female Iranian photographer banned from stadium, climbs a rooftop to photograph a soccer game »