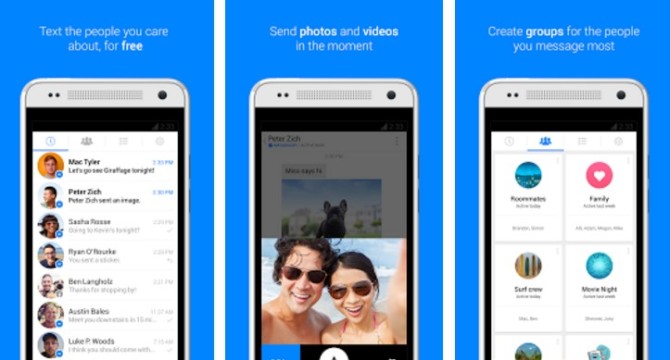 Privacy and social networks has always been an issue (yup). But this latest experiment from Facebook probably tops any scenario you may have considered as privacy invasion.

A new feature coming that is currently testing in Australia (for android) is called “Photo Magic”. Here is the magic: The Facebook Messenger App will scan your camera roll and will apply a facial recognition software on them. If they find a match they will remind you to send the photo to your friends via the messenger app.

Facebook’s Messenger leader, David Marcus shared this news in a post referring to Techcrunch reporting on the subject. Facebook representative also shared some of the motivation for the move with Techcrunch (anyone mentioned snapchat competition ?):

What we’ve seen is that private sending of photos in Messenger is really popular. About 9.5 billion photos were sent inside Messenger in the last month. It’s growing even faster than Messenger over all, which is growing really fast

If you use facebook regularly to upload photos you should be familiar with the tagging suggestions made by their app (or moments app) and they are using the same tech to generation said suggestions. The main difference being that while tagging is suggested on photos that you already uploaded to the social network, Photo Magic work on any photo in your camera roll. you can turn this feature off using the same controls  you use for the tagging suggestions.

So far the test is only done in Australia, and on android, but if deemed successful, it will spread to the US and to iPhone too. With the main difference between the apps, is that on Android Photo Magic runs as soon as you take the photo, while with the iPhone app the camera roll will be periodically scanned for new photos.

Techcrunch reports that facebook is trying to eliminate any friction from the act of taking photos of friends and then sending them the photos so they have a version of them. The current flow involves opening the camera roll, selecting photos, then ‘sharing’ them and lastly selecting who to share them with. Here is how they describe the new experience once you enabled this feature on your phone:

Messenger will pop up a push notification within seconds of a user taking a photo that includes their friends. They can send right from the alert, or dig in before deciding to send the photo or ignore the message. Android’s more flexible system architecture means the notifications will always happen instantly. On iOS you might have a few minutes delay if you take a photo of friends but haven’t opened Messenger recently so it’s not running in the background

This whole experience is not unlike from Facebook’s Moments App which suggests sending photos of your friends to your friends. Only this time around, it is doing so on the fly, rather than on request.