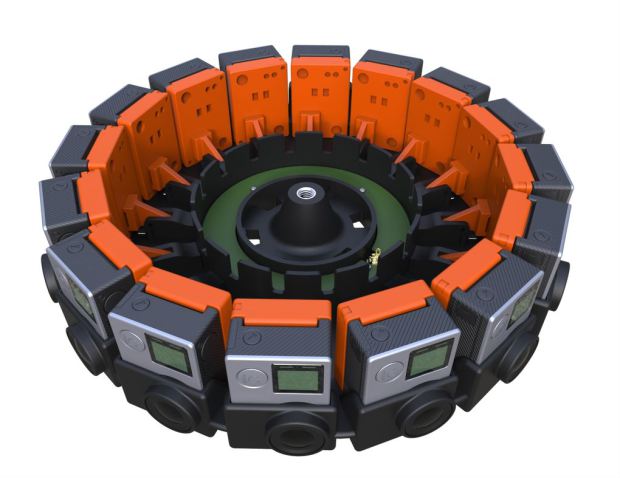 “What will they think of next,” was a phrase I used to hear my grandmother say. While civilization is still busy committing the oldest of sins in the newest of ways, Google has teamed up with GoPro to bring a truly new revolution to the world of virtual reality (in case real reality was just too boring for you).

Yesterday, at Google’s I/O event, they unveiled a collaborative project called JUMP. The JUMP camera rig pairs the ever-popular GoPro camera (or, rather, 16 of the bloody things) with Google’s JUMP assembler, a high-powered video processing platform, to create 360-degree, 3D stereoscopic video that can be viewed on your smartphone using Google Cardboard. Basically, you can “look around” the video in the same way that you would look around your real world (just with a cardboard box pressed to your face).

Google turned to GoPro to develop a camera rig capable of capturing HD video in a 360-degree array. This allows video creators the freedom to film entire surroundings instead of just segments of a scene. The video is then taken from the cameras and stitched together into a seamless video file, allowing the viewer to interact with the video by panning and tilting throughout the video as they so desire.

When stitched together as a stereoscopic video, the viewer can pair their smartphone with Google Cardboard for a 3D, virtual reality experience.

For most people, the prospect of purchasing 16 GoPro Hero4 cameras to the tune of $8,000 is not a viable option. Add to that the cost of the JUMP camera rig itself (price yet to be announced), and the average enthusiast will simply walk away.

The Good for DIY-ers

When JUMP launches in Summer 2015, Google intends to release plans and geometry used in the camera rig, providing those with a little ingenuity the data needed to construct their own. As Google’s Clay Bavor stated during the presentation:

“So, the rigs that we built include 16 camera modules, mounted in a circular array. And you can actually use off the shelf cameras for this if you want. And you can make the array out of basically any material. We made one out of 3D printed plastic. One out of machined metal. And for good measure of course we also made one out of cardboard, and it worked.

What’s critical is the actual geometry, and we spent a lot of time optimizing everything: the size of the rig, the number and placement of the cameras, their field of view, relative overlap, every last detail. And what we want to do is share what we’ve learned with everyone. So just like we did with Cardboard we’re going to be opening up the camera geometry with plans available to everyone this summer.” 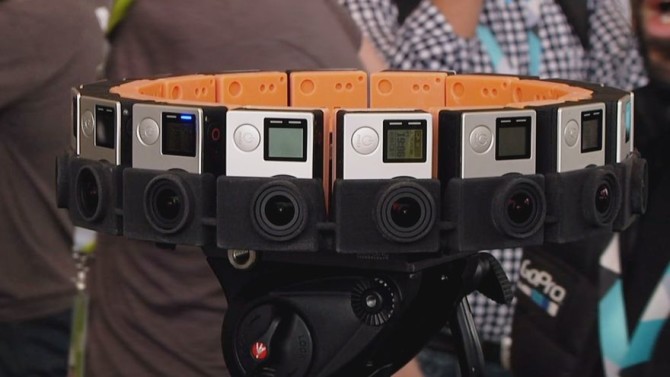 As Bavor mentioned, the rig itself is not GoPro exclusive and can be used with a variety of action cameras. So, not only can you construct your own rig, but you can use a variety of cameras, such as the Xiaomi Yi and SJCAM, bringing your total expenditure from a small fortune to about the price of a mid-range dSLR.

Getty’s leaps head on into the virtual reality market with over 12,000 new 360° images