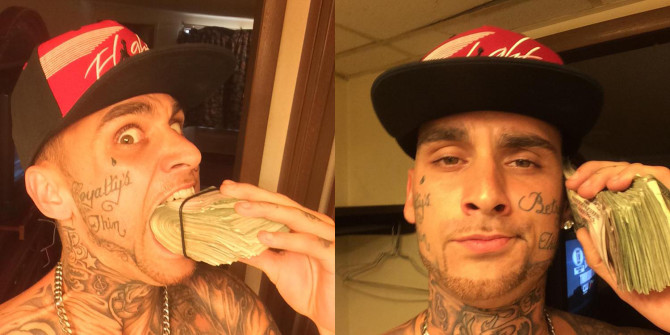 Pro tip: if you decide to rob a bank, don’t celebrate it by posting photos of the money on social media.

It seems pretty obvious, but a couple from Ohio did just that several days after robbing a bank near Columbus.

A tip through Central Ohio Crime Stoppers eventually led police to the couple, John Mogan and Ashley Duboe, and photos they posted on Facebook holding wads of money.

The couple was arrested last week for allegedly robbing the Savings Bank in Ashville, Ohio just over a month ago.

Several days after the robbery the couple posted a number of photos to their Facebook accounts, including selfies and other photos with large amounts of money in their hands and mouth.

Police had followed several leads with no success until a lead through Central Ohio Crime Stoppers directed them to the online photos. Once the seemingly incriminating photos were found, police looked into Mogan’s record and discovered that his parents live in the Ashville area and that he had just been released from prison the previous month and started serving a three year parole term. In case you’re wondering, Mogan served about five years in prison for… robbing a bank! That’s right, it has just been proved once again that stupid is forever and it can’t be fixed. 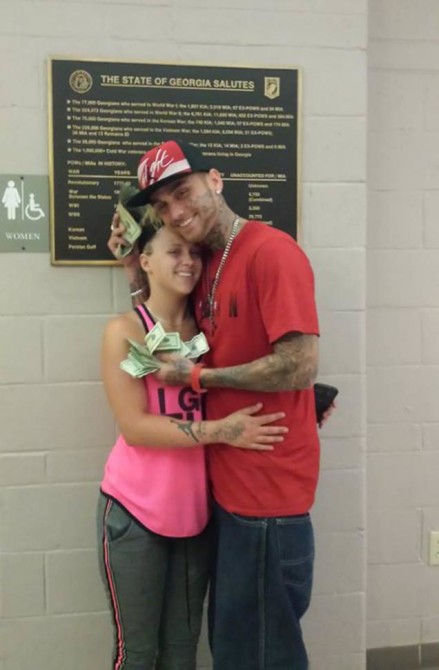 According to police, Mogan walked into the bank wearing a hooded sweatshirt and handed the teller a note demanding cash. Once he received the undisclosed sum, Mogan fled by foot.

Video recordings from the bank do not show the robber having any facial tattoos, but police claim his girlfriend and accomplice applied makeup to cover the tattoos on his neck and face. Duboe is also accused of driving Mogan to the bank.

Both Mogan and Duboe have been charged with robbery and theft, and are currently in jail held on a $250,000 bond. 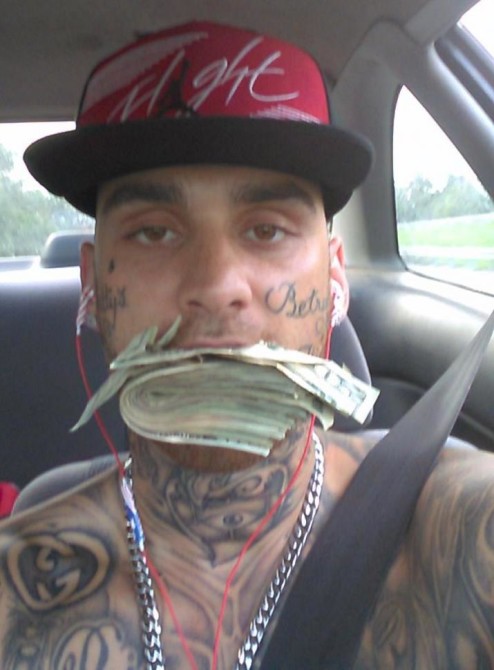 According to the Smoking Gun, the selfie with the cash in Mogan’s mouth got one of his relatives complaining on Facebook that he “didn’t hook a brother up”. Mogan replied “That’s called a McStack” and added that “I got six bands bra real shit nigga”. Mogan later added “I’m doing rrree=aaaaalll) good”, but obviously that was before he was arrested and went back to eating McPrisons. 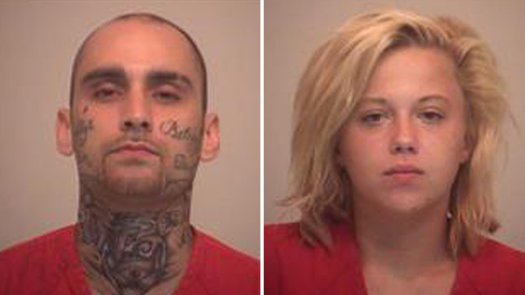 Personally I think that putting that money in his mouth is enough reason to throw Mogan into jail. That’s just so gross… He obviously hasn’t read the report that up to 3,000 types of bacteria can be found on Dollar bills.

[The Smoking Gun via Yahoo News]

Are You The Dumbest Photographer In The World?

« Backup Quick Tip: How To Move Your Dropbox Pro Folder If Your C Drive Is Full
These Are The Most Intsagrammed Locations In All 50 US States (And Canada, Too!) »