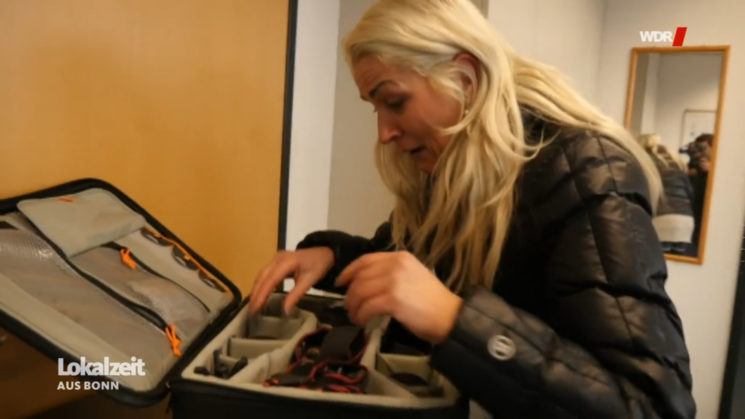 The worst fear of most photographers is having their equipment stolen. Yes, it’s “only gear”, and yes you should insure it, but you grow attached to it. You get used to its little quirks that let you bring out the best in it. Even if it is insured, you have to wait, sometimes for weeks, cameraless until they pay up. And any images that might be on memory cards in those cameras will still be gone forever.

So imagine then, after having your equipment stolen to then actually have it returned to you. That’s exactly what happened to one Troisdorf based photographer. Reunited with her bag at a police station near Bonn, she got very emotional. The reunion was recorded on camera and posted to Facebook by German broadcaster WDR.

For those that don’t speak German, she’s quite pleased that she has her 85mm lens back.

With so many camera theft stories popping up, even for the pros, it’s nice to see one with a positive result.

Photography community comes together to battle the epidemic of stolen equipment

Photographer’s Image Gets Stolen For A Political Attack Ad