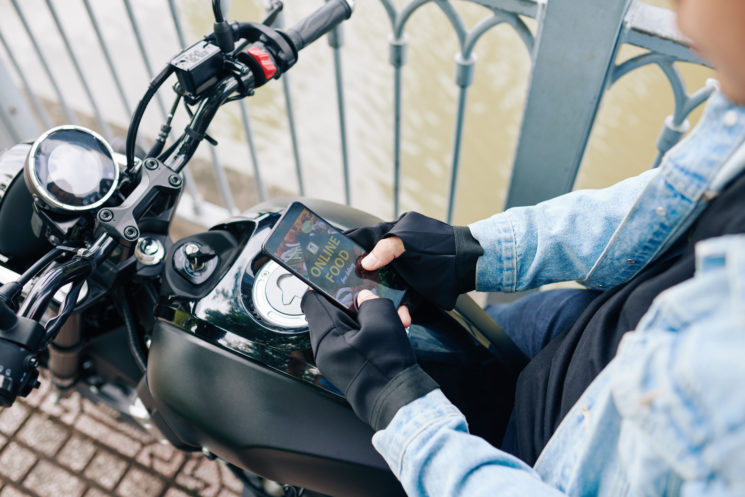 Apple has warned iPhone users not to attach their phones to motorcycles or scooters if they value the camera function. High amplitude vibrations at particular frequencies can degrade the phone’s camera systems over time.

Apple released a long and very specific support document on Friday called “Exposure to vibrations, like those generated by high-powered motorcycle engines, might impact iPhone cameras.” The high-frequency vibrations caused by these vehicles can seriously mess up the functioning of the built-in camera system, gradually degrading the phone’s optical image stabilization, or OIS, and closed-loop autofocus systems.

The OIS system contains a gyroscope that reduces motion blur and increases image stabilisation. Obviously, this and the autofocus system (which uses a magnet to function) vastly improve the quality of your images and form an integral part of the camera’s ability to create nice non-blurry photos.

All iPhones beginning with the iPhone 6 Plus have either an OIS or closed-loop autofocus system meaning that unless you’re clinging on to your ancient tech this will affect most iPhone users if they ride a motorcycle or scooter/moped and want to use their phone for navigation purposes. It also includes lower powered electric vehicles in the report although it does conclude that the wear will be less than higher-powered machines.

For those of you who do ride a motorcycle, you may be wondering if you can carry your iPhone on the bike at all, even in a jacket pocket. The answer seems to be a yes, that should be fine as the vibrations occur in a much higher amount on specific parts of the bike, namely the handlebars and chassis. The document states that:

There is a workaround, you can purchase a vibration-damping mount for your phone, although Apple still says that phones shouldn’t be attached on a regular basis.