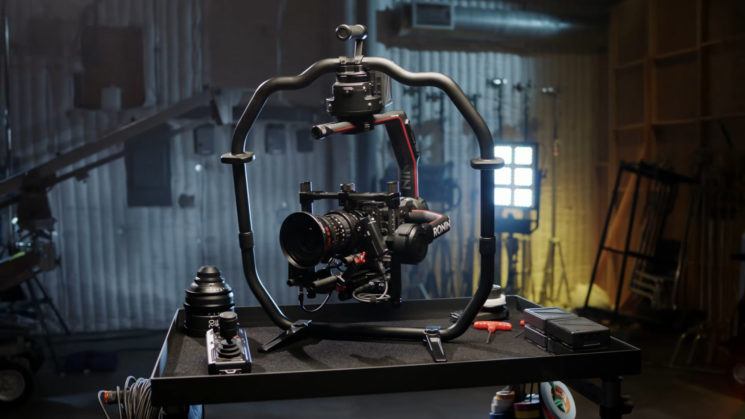 Released in 2014, the DJI Ronin pretty much revolutionised the video production industry. A handheld motorised gimbal for creating smooth and seamless free camera moves with big cameras. Or, mount it to a drone, and shoot from the air with something better than an action camera.

Now, DJI have announced it successor, the Ronin 2. It features greater compatibility with other stabilisation systems, more refined setup and balancing, and an even bigger payload capacity. It also features power distribution for cameras, and a touchscreen UI. DJI say that the Ronin 2 has been completely redesigned from the ground up, with a big focus on workflow efficiency and time saving.

The frame is built from ultra lightweight carbon fibre. Which is going to be a big benefit when you increase the load it’s capable of carrying. That payload is up to 30lbs (13.6kg) and it can keep it steady at speeds of up to 75mph (120 km/h).

Ok, so you’re never going to be running that fast with a camera, but you might mount it to a vehicle. The Ronin 2 has a quick release at the top which allows you to easily switch it between handheld, car mounted or cable cam rigs. Which is very cool when you need to transition from one type of camera movement to another. 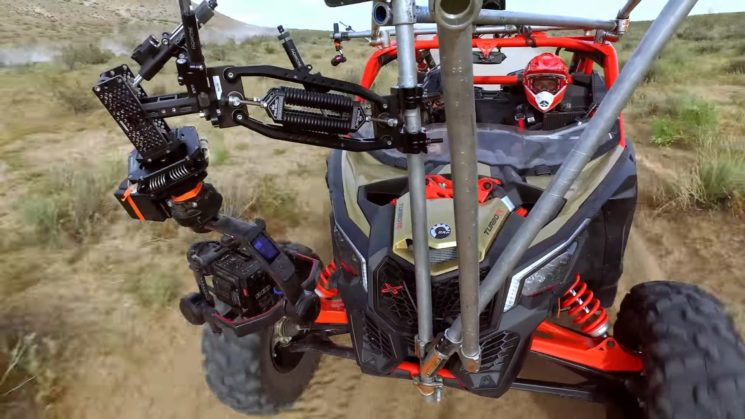 You should also never find yourself short of power with the Ronin 2, either. It features dual hot-swappable batteries. So, if one’s running low, you can power off the other while you swap it out. But you can also power cameras and other devices from the batteries mounted on the Ronin, too. No longer do you need to charge up multiple batteries for different systems. You can power everything from the Ronin 2.

Not surprisingly, DJI released a short film about the history of film making to go along with the Ronin 2’s launch with DP Claudio Miranda (Benjamin Button, Tron Legacy). And it shows off the Ronin 2’s capabilities very well.

As well as the film itself, DJI also produced a behind the scenes video. This really shows the workflow advantages of the Ronin 2 and how it helps with efficiency and versatility.

Although efficiency has been a major factor in the Ronin 2’s design, so has reliability. There’s a new splash-proof enclosed motor design, better cable management and redundancy. It also has a built in GPS to help feed back important information to the gimbal about acceleration and speed – vital for keeping everything steady at high speed.

All in all, it’s a pretty substantial upgrade over the original Ronin, both in performance and features.

You can read more about the Ronin 2 on the DJI website. A price has not yet been announced, but shipping is expected to begin at some point before the end of June.

« Watch the Sony A9 auto-focusing on a pole vaulter at 20 FPS
You should be printing your photos, and here’s why »