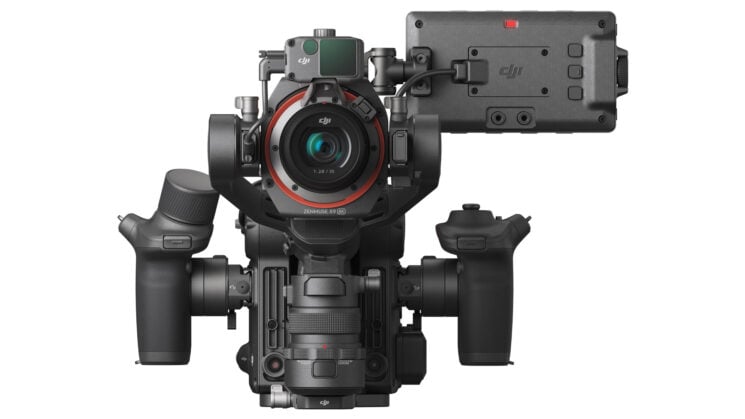 It’s been rumoured for a long time, but now DJI has officially announced its new Ronin 4D 4-axis cinema camera. It combines the new full-frame Zenmuse X9 gimbal camera with a 4-axis stabilisation system, LiDAR focusing with video transmission and control in a single device. DJI says the system is designed for high-end productions to make them more efficient.

It’s available in both an 8K model and a 6K model capable of shooting both h.265 as well as internal recording of both Apple ProRes and ProRes RAW for maximum versatility in post. You also get dual native ISO, over 14 stops of dynamic range with full-resolution frame rates of 6K/60fps and 8K/75fps.

It’s billed as a cinematic camera and with that full-frame sensor, it certainly seems to tick all the on-paper boxes. And the video above includes some impressive testimony from people like Rodney Charters and Erik Messerschmidt to back it up. Those two, at least, seem suitably impressed with the system and the options it opens up that might not have been possible (not easily, anyway) before.

What’s the 4th axis that this one has over the many 3-axis gimbals that DJI and other companies like Zhiyun, Moza and others make? Well, it’s a vertical Z axis. It’s actually motorised, providing vertical stability while moving with the camera. This, DJI says, pretty much eliminates all vertical bounce in complex shooting situations that often happen simply as a result of walking while holding a gimbal. 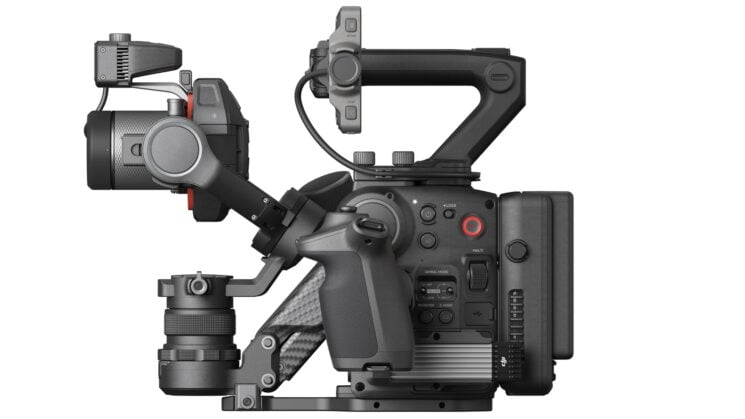 On the 8K version, this are a little different. The dual native ISO is 800 & 4,000, dropping slightly over the 6K model, which is probably to be expected given the relative size of the photosites on the two Zenmuse X9 sensors. Naturally, you get 8K internal ProRes RAW recording capabilities and 8K ProRes 422HQ at up to 8K 30fps and 4K 120fps. Externally, you’ve got 8K at up to 30fps or 4K at up to 60fps to USB or SDI or you can send RAW 8K output at up to 75fps. 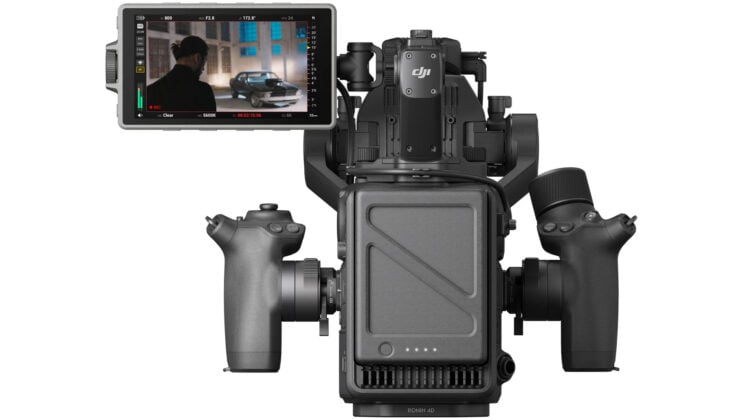 When it comes to autofocus on the Ronin 4D, it’s LiDAR assisted, similar to the little addon doohickey for the DJI RS2 gimbal. I guess that system was a sort of proof-of-concept to see how well it worked in the hands of real users and what people would ask for. Unlike the one for the RS2, though, this one doesn’t just appear to look at the centre point but the entire field. And it provides a whole LiDAR waveform for manual focus assistance – which actually looks like a very handy tool. 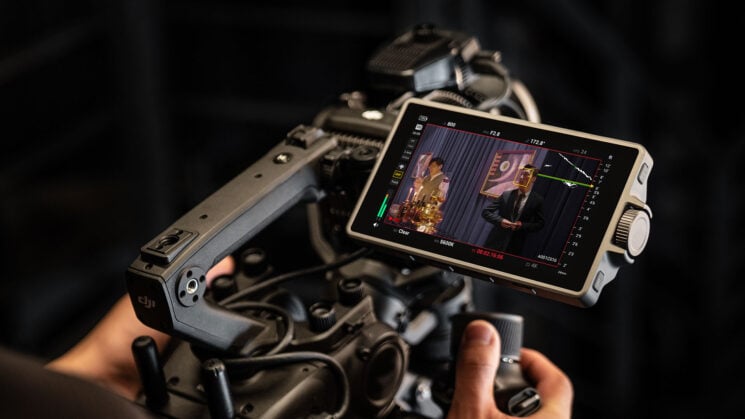 There’s a 5.5″ 1000 nits touchscreen display built into the camera and you can also (as separate addons) buy a wireless video transmitter, X9 focus motor and a 7″ touchscreen monitor for remote control – but those little extras are going to cost you close to another $2,400 on top of the camera. And neither the 6K nor 8K versions are particularly inexpensive, either.

Internally, the Ronin 4D takes CFexdpress Type-B cards and externally you can hook up an SSD to the USB socket or go with DJI’s proprietary ProSSD 1TB which they say (obviously) “delivers the best performance and highest stability for internal recording at maximum resolution and frame rate”. The Ronin 4D has built-in microphones for 2-channel 24-Bit audio as well as two 3.5mm jacks on the body and two XLR sockets on the expansion plate for more inputs and outputs.

Overall, it looks like a bit of a beast. I can’t say I can ever see myself having a gig or workflow that requires this for what it costs, but it will be interesting to see how well-received it is once it gets past the stage of celebrity endorsements and first impressions videos from the usual YouTubers.